MWT is an acronym for a PV cell technology that has been designed specifically on crystalline silicon type solar cells. It stands for Metal Wrap Through. 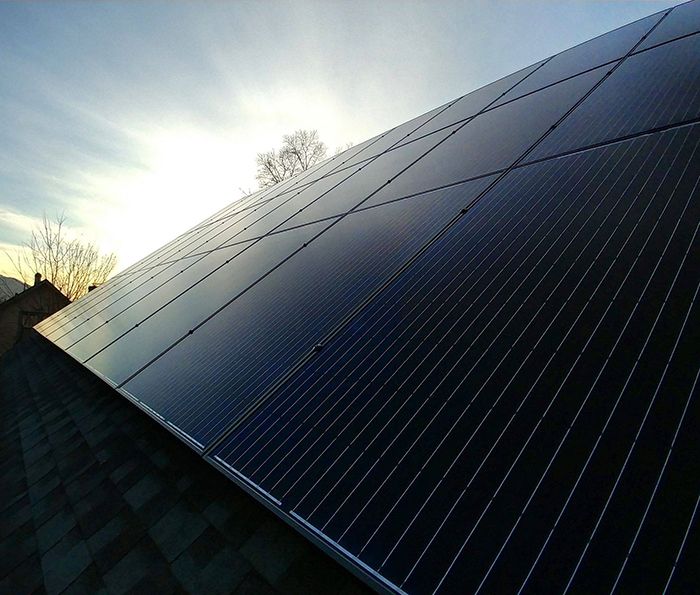 Please tell us a bit about Silfab Solar and your role in the alternative energy industry?

MWT is an acronym for a PV cell technology that has been designed specifically on crystalline silicon type solar cells.  It stands for Metal Wrap Through.  What that means is that the metal that normally runs along the frontside of the cell to extract the electrical current from the emitter region can be redirected to the back of the cell by formation of holes or “vias”.  Metal is then printed into these vias/holes and fired into the cell so that the generated current can be extracted from the backside for both the emitter and contact regions (positive and negative terminals).  Therefore, the additional metal that would normally have been shading the frontside of the cell (or preventing the cell from absorbing sunlight and converting it into electrical current) is effectively eliminated in order to increase the cell’s conversion efficiency.

What is the advantage of MWT?

One of the primary advantages of MWT cell design is to increase the cell efficiency by minimizing frontside shading losses from the topside cell metallization.  There are other material advantages to this design that are not readily evident to a common observer.  By abandoning traditional high temperature soldering processes (>200oC), the stress and microcracks caused by soldering that typically occur on solar cells can be avoided.  This increases the reliability and lifetime of MWT-based PV modules.  Another advantage to MWT is a significant reduction in manufacturing process steps by simplifying the way in which the cells are interconnected.  Rather than depending on a special tool called a “stringer” to solder copper ribbon to both the front and back of the solar cells to make a PV module sub-circuit, a conductive paste can simply be deposited on a pre-fabricated interconnect substrate for the entire module circuit.  All of the module’s cell to cell connections can then be formed and cured during the lamination process step without adding time to a standard PV module manufacturing process.  A significant reduction in the cell to module conversion losses can also be accomplished by adding more metal to the interconnect substrate on the backside and lowering the series resistance loss where it does not affect the cell’s ability to capture the solar resource.  The only way this cell to module loss reduction can be effected on a standard top contact cell design is by increasing shading losses from the copper interconnect ribbon.  This requires a tradeoff that is already highly optimized for standard front-contact cell designs.  MWT cells can push that optimization of module to cell efficiency much further.

Are there differences in the performance of MWT-based modules vs. standard “front-contact” based PV modules?

The proprietary way in which Silfab has implemented the design and manufacturing of MWT cells offers a significant advantage over standard PV module designs in terms of performance.  The interconnect substrate that is used to extract the electrical current from the backside of the cells, also serves as a means of spreading and dissipating the thermal energy of the of the unused portion of the absorbed solar resource.  Silfab has demonstrated this with recent test data obtained from Intertek to establish compliance of the MWT modules with the performance requirements of the California Energy Commission (CEC).  In order for a PV module to be listed, the CEC requires the modules to be evaluated for performance under actual outdoor conditions using a combination of standards from the International Electrotechnical Commission (IEC) and the CEC’s own specifications.

One of the critical tests used is to validate the nominal operating temperature of the module via the NOCT method outline in IEC 61215.  It was found that Silfab’s black on black MWT module has an NOCT value of 40.6oC with an uncertainty of +/- 2oC.  Typical black on black modules, including Silfab’s standard offerings based on front-contact cells, exhibit a measured NOCT value of 45oC within the same uncertainty range of +/- 2o.  This means that with a Pmax temperature coefficient of -0.4%/oC, an owner of a PV system designed with Silfab’s MWT modules will benefit from an average gain of 1.8% in annual energy production relative to a standard front-contact PV module.

Currently in production in a limited run in our Bellingham, Washington facility.