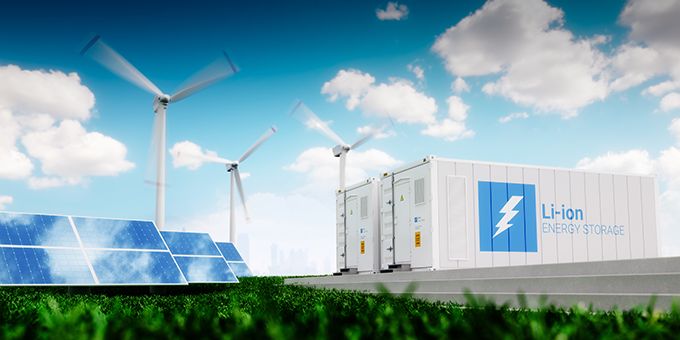 Utility, industrial, commercial, and government facilities are increasingly turning to Battery Energy Storage Systems (BESSs) in a variety of sizes and power outputs for reliable back-up power, to avoid peak demand charges and to store energy generated by renewable power systems for use at a later time. The market is expected to exceed more than US $9 billion by 2024 at a compound annual growth rate of 34%, according to a Market Research Engine report.

Given the expected growth in this sector, coupled with the fact that most BESSs are designed by interconnecting a series of Lithium-ion (Li-ion) batteries, the industry is continuing to focus attention on measures designed to all-but-eliminate any potential for dangerous thermal runaway conditions.

Thermal runaway occurs when excess heat caused by defects, mechanical failures from damage or improper operation of the system creates a reaction that further increases the temperature.  If left unchecked by built-in system protections or the Battery Management System (BMS), this process can continue to drive up temperature and pressure until the battery cell ruptures, which can cause fires in affected and adjacent cells.

Fortunately, early detection systems have been developed that can now detect a unique pre-cursor event to thermal runaway – an off-gassing in the battery cell that occurs up to 30 minutes prior to a cascading failure.  This distinctive and recognizable early warning sign enables the problem to be mitigated or the system shut down before thermal runaway can even begin.

Although virtually all quality BMS equipment monitors temperature and other variables to prevent thermal runaway by triggering protections before temperatures change in an unplanned way, the early detection of off-gassing provides a critical additional layer of protection for the entire system, the facility and even personnel.

“Once a Li-ion BESS goes into thermal runaway you cannot stop it [in that cell] – your goal is to try to stop the propagation of heat and thermal runaway to adjoining cells,” explains retired NYC firefighter Paul Rogers, a co-founder of Energy Storage Response Group (ESRG), a national fire safety consultancy with nearly 50 years of combined experience that specializes in the risk assessment, investigation, and safety testing of energy storage systems.

While still with the NYC Fire Department, Rogers oversaw the implementation of the department’s first response protocols for how to deal with energy storage systems, and now he consults nationally on this as well as safety testing.

According to Rogers, while a Battery Management System (BMS) can provide data and shut the BESS down, depending on the safety integrity levels of the BMS component there are times when the BMS can miss critical indicators or malfunction.  Because of this, Rogers recognizes the need for a separate, redundant system that can indicate the potential of thermal runaway before it occurs so the BESS can be shut down.

“You need layers of protection to reduce your risk,” says Rogers, who recommends incorporating an additional early warning system besides the BMS.

The early detection of thermal runaway relies on four sequential stages of Li-ion battery failure, according to Steve Cummings, director of the sensors business unit at Nexceris, a developer of gas sensors and monitors.  The company worked with the U.S. Navy a decade ago to develop an off-gassing detection technology for Li-ion BESSs that would later be commercialized in a product called Li-ion Tamer, compatible with all Li-ion chemistries. 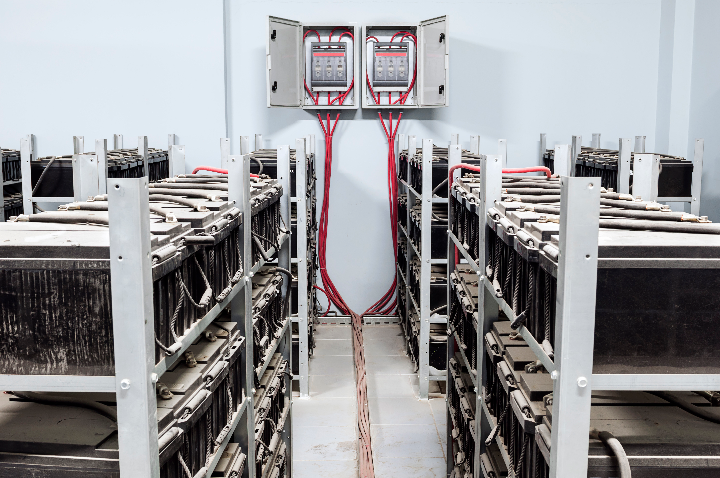 “A Li-ion battery cell first begins to fail when it is subjected to an abuse factor like heat, overvoltage, etc.,” says Cummings.  “The second step is off-gassing.  The third step is smoke, and the fourth step is fire.  But smoke and fire often occur almost simultaneously.  So, by the time smoke is detected, thermal runaway has typically already begun.”

Off-gassing usually occurs due to a breakdown of a Li-ion battery cell electrolyte, as a result of pressure buildup.  Later, temperature increases, smoke is emitted and then fire breaks out.

To enable off-gassing detection at the earliest stage of a battery event after the initial abuse, the Li-ion Tamer system offers a battery off-gas monitor and sensor network designed specifically for lithium ion batteries.

Because the system can detect off-gassing at the ppm-level concentration range, it can detect individual cell failures without contacting the cells.  This enables action to prevent thermal runaway and its spread to adjacent cells as soon as a single battery cell begins to fail.

“There are hundreds, if not thousands of [BESS] systems already deployed where single cell failure could result in loss of the system.  So, the ability to detect cell failure before it results in thermal runaway – and stop it – could literally save the system, adjacent property, and human lives,” says Nick Warner, an internationally recognized expert in energy storage safety, testing and technology.  Warner is Principal Engineer and founder of Warner Energy Storage Solutions, and co-founder of Energy Storage Response Group.

“Early detection could help prevent thermal runaway before it starts, particularly those related to failure of the active primary control system,” adds Warner.  “When I was involved with testing the Li-ion Tamer system, the earliest detection of imminent failure was 12 minutes before it occurred.  For some of the most common failure modes, I’ve found that it offers the earliest possible warning of imminent failure and I consider it a best practice technique.”

When working with Tier 1 providers, it is typical to have a well-integrated BMS with enough sensors to properly monitor various aspects of Li-ion usage, including the state of charge of individual cells and temperature in the system.  However, this may not be the case when dealing with Tier 2 or 3 providers that sell batteries only and leave the BMS to the Engineering, Procurement, Construction (EPC) contractor.

“As a result, the Battery Management System is completely dependent on a voltage indication to detect any problems with the cells, he adds.  “But in many cases, voltage is not the perfect indicator of something potentially going wrong in the cell.”

Even in the case of qualified Tier 1 battery suppliers, Warner recommends having an independent, redundant system like Li-ion Tamer.  In the same way that seatbelts and airbags combined can reduce the risk of injury in a car crash, such an approach can help a qualified EPC integrate additional complementary safety measures into a safer, more comprehensive solution.

Because of the benefits of Li-ion BESSs, along with Li-ion specific off-gas detection systems, a growing number of facilities are installing them together.

EPRI’s $2M contract with NRI was finalized in August 2019. The project is funded in part through the California Energy Commission’s Electric Program Investment Charge (EPIC) program, and the Department of Defense’s Environmental Security Technology Certification.

Microgrids are small electrical systems that can operate both independently and together with the larger local electrical grid.  Microgrids are being increasingly deployed at critical, nonmilitary facilities such as hospitals, fire stations, and airports to provide uninterrupted power during local electric utility outages.

The microgrid in the project will use solar energy and the BESS, along with Navy site generation, to provide emergency backup for blackout recovery, disaster recovery and weather/fire storm response.

“With Lithium batteries being installed all over the world, improving safety is always something that we take seriously.  Even though we use the highest quality battery modules on the market today, we will always take additional steps to make sure we have as many levels of protection as possible.” says Bellows.