Today’s energy system came into existence around 1900 due to the many inventions of the time, such as the move away from horse-drawn carriages and gas lamps to cars and electric lights. Now, we have the potential to make the next major change away from fossil fuels. 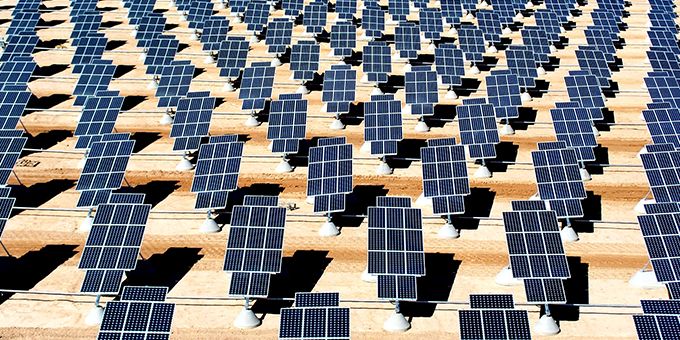 Which Renewable Energy Source Has the Most Global Growth?

Population growth and increased urbanization will drive global energy needs within the next decade. This growth is projected to be 55%. Most of this growth will undoubtedly come from the developing world. Although most of this growth will come from fossil fuels, renewable energy technologies are now on a trajectory to go large scale with the capacity to meet world’s energy demand many times over. This increase in renewables will most certainly be led by solar with an annual growth rate of 34%, followed by wind at 24%.

Today’s energy system came into existence around 1900 due to the many inventions of the time, such as the move away from horse-drawn carriages and gas lamps to cars and electric lights. Now, we have the potential to make the next major change away from fossil fuels. We now have the potential to radically change the way in which the global economy is supplied energy by upping the use of renewable energy.

Presently, our environmental and health costs are growing due to our fossil fuel-based energy system. The advantages of moving away from fossil fuels toward a greater reliance on renewables are numerous. Fossil fuel impacts our environment, as extracting oil, gas and coal damages the land, pollutes our water and compromises the safety of the men and women doing the grueling work of mining and drilling. Spills can become environmental catastrophes when transporting the fuel.

Most renewable resources are local, and they pose no transport hazards. They are much less susceptible to a terrorist attack than our existing power systems. Solar and wind can be installed quickly, getting power to areas where it is critically needed. This can be done without an investment in expensive electric plants and power lines.

There are several ways to utilize solar energy. We are familiar with roof top panels and solar fields that contain hundreds of solar panels. Space might be the next frontier for solar power. There is no place on the Earth where the sun shines as bright as it does in a satellite’s geosynchronous orbit, located some 22,000 miles in space where the satellite can see any location on Earth all day, every day. These satellites can intercept the sun’s rays that are more intense than mid-day sunlight on the ground. There is no atmosphere in space to block the sun’s rays.

In order to capture space solar power, the technologies and infrastructure required to make space solar power feasible include: low-cost launch vehicles, such as the reusable rockets from Space-X; solar power satellites that are larger than the International Space Station, which are much simpler than the space station; and a way to transmit power back to earth, such as microwave power beams.

The sun is the largest, most dependable source of energy available all around the world, and yet we are not utilizing it to its full potential. The sun can deliver more than 860,000 times more energy than we need. That means we’re squandering the chance to capitalize on the sun’s energy source. If we cover an area of the Earth 208 miles by 208 miles (43,000 square miles) with solar panels, it will provide more than 17,4 TW power, even with the modest efficiencies attained today. This is the amount of energy that we are using globally today. The Great Saharan Desert in Africa is 3.6 million square miles and is a premier location for solar power with more than twelve hours of sunlight per day. This means 1.2% of the Sahara Desert is adequate to provide all of the energy needs of the world. To obtain 24/7 solar power, solar panels will need to be distributed locally around the world.

China, the U.S., India and Japan will continue to dominate solar demand. The number of countries installing 1 gigawatt or more annually will grow from nine to 14. Five countries passed the 1-gigawatt annual installation for the first time in 2018. These are Brazil, Egypt, Mexico, the Netherlands and Spain.

Wind energy has developed into a competitively priced resource in many markets around the world. Wind-generation capacity onshore and offshore has increased in the past two decades, jumping from 7.5 gigawatts in 1997 to some 564 GW by 2018, according to the International Renewable Energy Agency’s latest data. Production of wind electricity doubled between 2009 and 2013, and in 2016 wind energy accounted for 16% of the electricity generated by renewables. Many parts of the world have strong wind speeds, but the best locations for generating wind power are sometimes remote ones, with offshore wind power offering impressive possibilities.

Worldwide, the available wind energy ranges from 300 TW to 870 TW. At 300 TW, just 5% of the available wind energy would supply the world’s energy needs. Most of this wind energy is can be found over the ocean. A wind farm consists of several hundred wind turbines, clustered together into a single wind power plant. The wind power industry embraces two segments—onshore and offshore wind farms. Offshore wind farms, situated in the ocean, are considered to be constant and stronger than onshore farms. Wind energy technology is changing and improving to become more proficient and economical. One such technology is high-altitude devices, which use the more powerful and more consistent winds at higher altitudes, known as Airborne Wind Energy Systems (AWES), which includes airborne wind turbines similar to kites. AWES technology eliminates the costs for foundations and towers of conventional wind turbines, offering more options for wind power generation sites, both onshore and offshore. 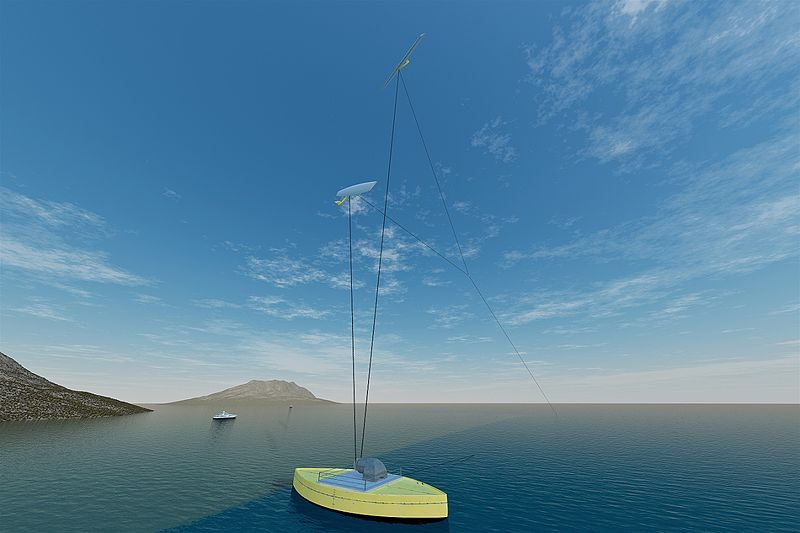 Vortex Bladeless technology uses no blades, getting energy from wind through oscillation without gears, brakes nor oil. The design makes it a substitute for a greener on-site generation. Vortex Bladeless is a vortex induced vibration resonant wind generator. It harnesses wind energy from a phenomenon of vorticity called Vortex Shedding. Basically, bladeless technology consists of a cylinder fixed vertically with an elastic rod. The cylinder oscillates on a wind range, which then generates electricity through an alternator system. 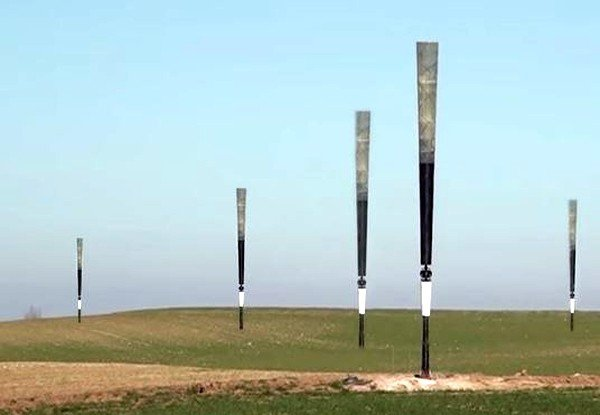 Wind power, combined with an ambitious solar expansion, would enable the world to back away from all the coal, oil and most of the natural gas now used to generate electricity.