By breaking down some of the challenges with wind, solar, and hydroelectric power we show how the benefits of wave energy are uniquely positioned to compliment these resources and make our grid more efficient, and sustainable. 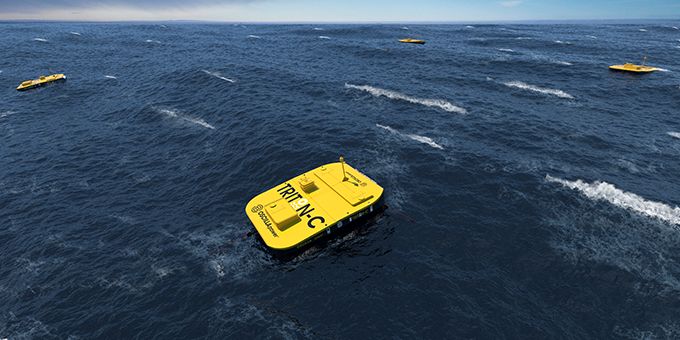 As the climate crisis continues to loom, more and more people are taking an interest in cleaner and safer, renewable energy sources. The environmental impact and pollution from traditional energy sources are taking a toll while piquing the interest in sustainable solutions. In fact, the renewable energy market in the United States is predicted to grow over 6% in the next five years for such reasons.

Over the years, innovations such as wind, hydroelectric and solar power have all offered many benefits, and will no doubt continue to support renewable energy initiatives. However, each source also comes with its challenges and downfalls.

It turns out that these downsides can be uniquely supported by ocean wave energy, a renewable source of energy that has not yet been tapped into in a meaningful way. By breaking down some of the challenges with wind, solar, and hydroelectric power we show how the benefits of wave energy are uniquely positioned to compliment these resources and make our grid more efficient, and sustainable. 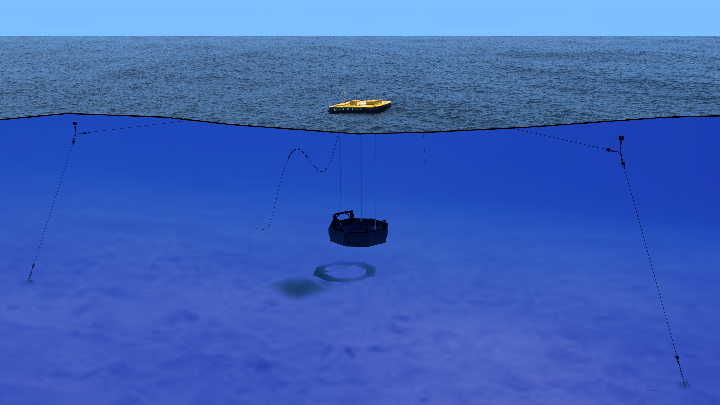 The Limitations of Wind, Solar, and Hydroelectric Power

As it passes through the blades of a large turbine, wind is a renewable and sustainable source of energy. In fact, every square meter of a wind turbine rotor swept area receives an average of two to three kilowatts of energy. However, winds are tricky to forecast days in advance, especially in terms of the magnitude of wind speed and wind direction, which makes predicting energy output from wind farms difficult. On its own, while it will continue to grow and will remain a key contributor to the global energy mix, wind energy cannot provide power to the grid consistently enough to be a standalone solution.

In 2015, hydropower generated 16.6% of the world's total electricity and 70% of all renewable electricity. Hydroelectric power is one of the oldest and most efficient forms of clean energy and has much lower greenhouse gas emissions compared to coal and fossil fuels.

While hydroelectric is a reliable backbone in renewable energy, adding new hydroelectric capacity is extremely difficult, including some negative impacts on the environment.

Building dams causes disruptions to the local environment upstream by flooding and displacing the natural habitat. Damming a river will impact fish migrations and lifecycles, including the animals and people that sustain themselves on this supply.

Not only do dams displace the environment, flooded areas can often produce significant greenhouse gas emissions that persist for years as the submerged biological material decomposes.

On top of these cons, dams are expensive to build and there are limited areas where a dam can successfully be built and maintained efficiently. Hydroelectric is a solid pillar of the overall energy supply mix but the limitations and downsides in hydroelectric prevent it from being a stand alone renewable energy source, and as the demand for electricity grows, the hydro contribution is expected to remain fairly flat, resulting in it becoming a declining fraction of the energy mix.

The solar industry struggled for a long time to break through to the mainstream, and initially only gained a foothold in the consumer market as a result of massive subsidies. More recently, however, costs have been brought down through significant manufacturing scale and simpler installation approaches.

The most common solar technology converts incident light to electricity using photovoltaic (PV) cells based on a patent granted in 1941. New approaches to solar are being developed showing promising results with the aim being an at-source, gridless, light-weight, and non-toxic application.

The energy density of solar is quite low, perhaps 10% of wind energy, and so solar farms require large amounts of land in order to create utility-scale levels of power. These large farms are sometimes considered as creating similar eyesores to wind farms, and such a large land area is difficult to procure near big population centers.

Perhaps most importantly, solar panels only capture and convert sunlight during the day making them the least dispatchable of renewable energy sources, especially in locations such as the northern US where cloud cover in winter can further cut solar availability. This means that energy storage and grid support for PV generated power become major considerations. Solar, therefore, while it will continue to grow and be critical in the energy mix, cannot be a stand-alone solution.

Ocean Waves Can Bridge The Gaps

Wave energy has the potential to be one of the most consistent sources of renewable energy, yet so far has been notoriously difficult to capture cost effectively. Despite the unique challenges wave energy pose, waves have tremendous benefits that can fill in the gaps of our current renewable energy sources.

Unlike wind and solar, waves are constantly moving and therefore they can produce energy 24/7, although the energy level does vary over time as the weather changes. Waves provide a more consistent power source compared to wind or solar.

An average wave on the US West coast contains around 10 kW of power in each foot of wave crest. This means that a one-mile section of coastline will receive enough energy to power 40,000 homes. With the appropriate equipment, this energy can be converted into electricity and added to an electric utility power grid. According to Science Direct, waves at the world’s coastlines together have enough energy to provide as much 80,000 TWh of electricity per year if they could be efficiently tapped.

Current weather forecasting is able to predict weather patterns with high accuracy. However, even with this, it is still difficult to predict wind speeds accurately more than 5-6 hours in the future. However, because waves are created by winds blowing for long distances across the ocean surface, this effectively averages out much of the uncertainty, and allows waves to be predicted with much greater accuracy. In fact, computer models of wave propagation can be used to accurately forecast incoming wave energy intensity up to five days in advance.

4. Ocean Waves are Closer to Demand

In the US, areas of high solar and wind intensity are located in land-locked states in the center of the country. However the majority of the US population is located on the east and west coasts, so power must be transmitted to these locations using the national power grid. The transmission lines required result in not-insignificant power losses and additional losses and disruption to local environments. Electricity transmission lines in CA were the cause of wildfires that created more than $9bn of damage in 2018.

More than 40% of the world population lives within 100km of the coastline. This means that power generated from ocean waves has to travel much shorter distances to reach the end user than solar or onshore wind.

One of the costliest elements of the current power structure is storage and distribution. Knowing when large amounts of energy will become available allows for more effective grid management. Because the seasonal peaks and troughs of wave energy are not in sync with those from wind or solar in many locations. Combining the power from wind, solar and wave can act to even out their combined output, leading to a more predictable and steady renewable energy mix.

Aside from the energy expended in the manufacture and installation of ocean wave energy devices, the energy captured from ocean wave farms produces no greenhouse gas or toxic emissions. Combined with the synergistic advantages of combining wave energy with other renewable energy sources and the added efficiencies to the grid overall, greenhouse gas emissions are reduced dramatically.

Renewable and sustainable energy sources are critical to the future of our planet. Without technology that harmonizes with nature we can risk the health of our communities. A global priority on research and development of advanced energy solutions and innovations must become our foremost concern.

At Oscilla Power we’re dedicated to developing technology that can harness grid-scale electricity from ocean waves and help to contribute to the global efforts in reducing greenhouse gas emissions. By utilizing the advantages of our technology, we can help take better advantage of the abundant resources right in front of us.