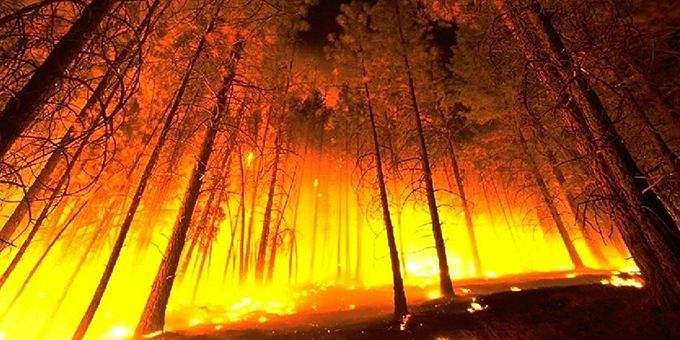 Renewable energy has been a hot topic for quite some time now. The environmental benefits of renewables far outweigh the harmful effects of fossil fuels.

One byproduct of the ongoing climate crisis is wildfires. They have been occurring more frequently in places like California and Australia. Renewable energy could help reduce these fires.

Fossil fuels like oil are still the most common energy source in the United States. Despite fluctuating prices throughout the pandemic, oil has bounced back and remains on top. However, this prolonged use of fossil fuels adds to the rapid acceleration of climate change because burning them releases emissions like carbon dioxide (CO2) into the atmosphere.

California has been susceptible to wildfires for years. Recently, however, the state's governor added resources for fighting wildfires — like fire trucks with advanced tools — on a year-round basis. This kind of increase is a sign of what's to come.

As fossil fuels remain in full swing, greenhouse gas emissions will continue to damage the ozone layer. Immediate solutions are necessary to slow this increase of wildfires, which is where renewable energy comes into play.

How Renewable Energy Can Help

While burning fossil fuels causes significant harm to the environment, renewable energy is the cleaner, greener alternative. Specifically, solar panels are paving the way for a new kind of energy dynamic.

Fossil fuels typically use a central production plant or facility that runs for miles and gives power and energy to thousands, or millions, of homes. Part of the issue with this setup is that, on such a large scale, hazards could occur in numerous locations. If a fire starts, fossil fuels directly contribute to the greenhouse gas effect.

Solar panels curb this danger through the use of microgrids. These grids operate on smaller scales than fossil fuel production — thus, there are fewer areas where fires can start. Experts also have an easier time pinpointing where a hazard may be within the microgrid.

Wind turbines are also viable options for replacing fossil fuels. The key is removing environmental harm wherever it occurs. Specifically, solar microgrids act as an island of electricity that continues to operate regardless of outside occurrences.

These islands will be especially useful during blackouts — which go hand-in-hand with wildfires in California. An operation that runs on its own is the path forward to reduce the many damages caused by wildfires.

Wildfires expose a recurring theme with fossil fuels, which is they make them worse. The production line is hazardous, and the grid cannot support residents in these situations.

However, wildfires are ultimately a symptom and consequence of the climate crisis. Countries must act immediately. Many scientists regard the 12-year warning as a sign it's time to take action. Without adjustments, the planet will suffer irreversible damage.

Renewables like solar panels are the key to a better future. The effects of climate change are vast and expanding — renewables drastically reduce the harm and emissions that cause these effects.

As California integrates solar panels to combat its wildfires, other states and countries must catch on. Using green energy as a starting point is a sign of progress.

Renewables cover the full range of wildfire management and protection. They will lead to a gradual reduction in fires, can reduce hazard fires and will provide consistent power during blackouts. It's time for green energy to take its place in the sun.