Nickel’s major advantage in battery applications is that it delivers a higher energy density and greater storage capacity at a lower cost than other metals. In li-ion battery production, there are two types of cathode chemistries dependent on this material. 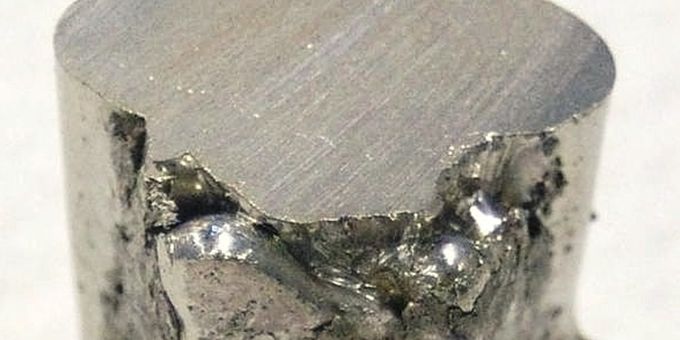 Whether they’re in smartphones or tablets, e-cigarettes, cars or even home solar power storage, lithium-Ion, or li-ion batteries, are everywhere. While many understand and have experienced the benefits from the tools these batteries power, most don’t understand how they work, their components, the minerals and metals that go into making them and how those materials interact with one another. If the question ‘how does a li-ion battery work?’ was asked, the majority wouldn’t be able to answer much further than ‘lithium?’

This makes sense. After all, it’s not realistic to expect every person to have a comprehensive understanding around the complexities of battery technology. That said, it is important to have at least some knowledge around the materials that go into the production of Li-ion batteries. Why? It’s well-known that the items people buy have an impact on the rest of the world. Whether the items purchased impact the environment – through mining, emissions, waste production and disposal – or on society, in terms of whether the production process negatively affects people through exploitation or in other ways. Batteries are no exception.

With this in mind, let’s take a look at one of the lesser-known materials used in the production and operation of li-ion batteries: nickel.

From nickel-cadmium (NiCd) batteries, to nickel-metal hydride (NiMH) rechargeable batteries, nickel has long been used in the production of batteries. Their rapid adoption in power tools and early digital devices revealed their potential and began to change expectations of what life and work could look like. By the mid-1990s, the first Toyota Prius hit the market partly powered by a NiMH battery, and this was around the same time that li-ion batteries began to emerge as well. A major commonality between these two batteries is that they both use nickel as an essential component.

Nickel’s major advantage in battery applications is that it delivers a higher energy density and greater storage capacity at a lower cost than other metals. In li-ion battery production, there are two types of cathode chemistries dependent on this material: nickel-manganese-cobalt (NMC), or nickel-cobalt-aluminum (NCA); both of which have a strong dependency on nickel to function. This dependence is set to continue growing as manufacturers and producers progressively transition away from cobalt, in an ongoing effort to drive down raw material manufacturing costs, and as dependence on battery-powered technology grows.

The high dependence on nickel in the battery market is somewhat concerning, because of where, and how, the raw material is mined. Li-ion battery manufacturers have a preference towards nickel-sulfate for production. This compound is commonly produced through two distinct streams: nickel laterite ores, or nickel sulphide ores. The former comprises roughly 62.4 percent of global production, while the latter makes up the remainder. These laterite ores are found in Indonesia, Cuba and the Philippines. The sulphides are commonly sourced from North America, Australia, Russia and Greenland.

While responsible mining practices can minimize some of the environmental impacts, the production process of these nickel ores become particularly concerning when processing is taken into account. Both types of ore must undergo several stages of high-temperature, or hydrometallurgical processing. Moreover, there are additional refinement treatments before the sulphate reaches the form necessary for the cathode manufacturing process. These steps, along with mining the compound from the earth, carry a heavy environmental burden; the energy required for refinement produces a significant amount of greenhouse gas emissions.

Nickel is a finite resource and the burgeoning popularity of li-ion batteries has industry experts predicting a sizeable supply deficit of nickel in the coming decade. This not only places pressure on the nickel supply chain, requiring them to scale up production to meet demand, but it also has the potential to create a catch-22 situation; In an effort to be more environmentally responsible, the widespread production and use of li-ion batteries harms the environment.

So, what is the solution? It’s obvious that society can’t just stop using batteries and any type of battery is sure to use some type of mined compound. As such, the solution lies in the commercialization of closed-loop technologies and resource recovery processes that enable the recapturing of nickel and other crucial battery components. This kind of technology already exists, albeit on a smaller scale. The recovery processes use a combination of mechanical shredding and wet chemistry to recover and recycle 80 to 100 percent of all critical materials found in Li-ion batteries. This mitigates the need for extensive resource mining, reduces the amount of waste emitted into the air or sent to landfill, preserves deposits of finite, natural resources, minimizes energy used in the supply chain and more.

Nickel plays an important role in not only the production of li-ion and other batteries, but also in humanity moving towards a carbon-neutral future. However, as we move forward, it’s crucial that the right infrastructure is in place to minimize any negative impacts of sourcing the compound. Commercial scale recycling has the potential to do this by closing the loop, and offering reclaimed, battery-grade nickel sulphate that carries a heavily reduced environmental footprint. As such, we need to make the scaling-up of these technologies a priority so we’re not just trading one environmentally harmful energy source for another.