Bioethanol is a potential alternative energy source that, through investment into infrastructure and its related industries, can lead the way in reducing emissions. The purpose of this article is to highlight bioethanol’s advancements and its future in various industries. 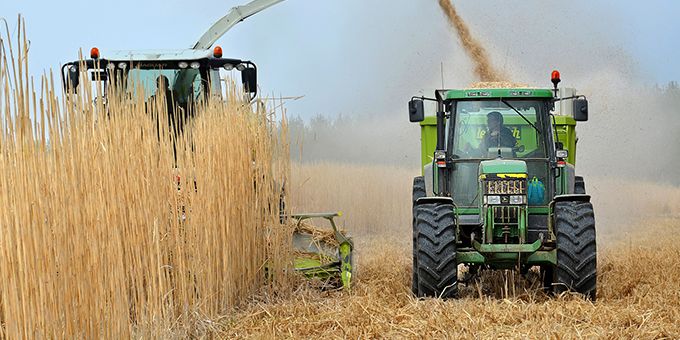 Due to a rise in global temperatures, many fuel industries have searched for alternative energy sources that lower emissions rates in combustion engines. Although new energy sources show promise in reducing emissions and costs, large investments and arduous construction of infrastructure must occur for any effect to take hold. Bioethanol is a potential alternative energy source that, through investment into infrastructure and its related industries, can lead the way in reducing emissions. The purpose of this article is to highlight bioethanol’s advancements in various industries and its future in those industries.

Bioethanol has many applications in several industries across the world. Applications include fuel for power in combustion processes, fuel for fuel cells, feedstock for chemical companies, and fuel for cogeneration systems [1]. The broad application of bioethanol benefits current engines and fuel processes, serving as an alternative to regular petrol in engines. As an engine fuel, bioethanol can serve as an alternative for gasoline at any blend percentage, creating more efficient engines in the process [1]. Current engines tolerate up to 15% bioethanol blends without modifications. Bioethanol reduces emissions due to how it is produced [1]. One method of production involves using lignocellulose to break down biomass, and then extracting its sugars through using enzymes and hydrolysis [1].

Advancements in production and applications have made bioethanol a promising alternative to fossil fuels. Researchers have looked at ways to improve current processes. This included analyzing which raw materials were best. As a renewable resource, bioethanol comes from various plants and fungi, such as willow, spruce, and different cereals [3]. Researchers found that prime bioethanol production would be in tropical climates due to nutrient-rich soils that reinforce plants. Also, it was found that Miscanthus giganteus (elephant grass) and Trichoderma reesei exhibit properties beneficial to bioethanol fuels. For the Miscanthus plant, it contains a high calorific value at approximately 4200 kcal/kg, which would drastically improve any fuel combustion. For the Trichoderma fungus, it breaks down the lignocellulose bonds found in raw materials used for bioethanol production [3]. Investment into farms for Miscanthus plants and increased use of Trichoderma fungi to assist in bioethanol production would increase production and make bioethanol a viable fuel in several industries. 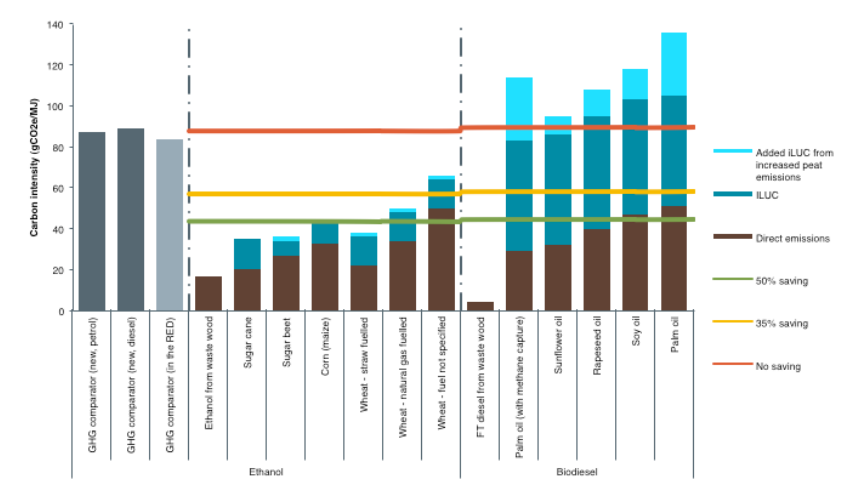 Various studies have been performed to determine which plants produce the optimal bioethanol fuel. In a study of various Miscanthus genomes on bioethanol production, researchers found that the Giganteus genome, which was previously mentioned for its beneficial properties in bioethanol production, had the lowest yield rate at 185-222 g/kg DM [4]. Among three Miscanthus genomes researchers analyzed, the Sinensis (Chinese silver grass) genome had the highest yield at 234-253 g/kg DM, making it viable for efficient bioethanol production. Also, all crops were grown in similar conditions in west-central Poland, and researchers observed the yield rates of these crops as they were cultivated in a three-year period [4]. M. sinensis production may be increased to promote efficient bioethanol fuel in many industries due to its high bioethanol yield. 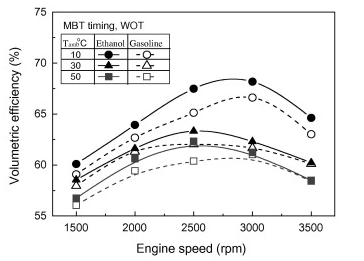 Figure 2a: Effects of bioethanol and gasoline on volumetric capacity (%) and engine speed (rpm) [5] 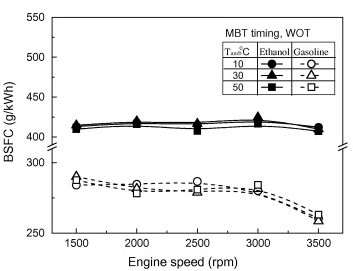 Figure 2b: Effects of bioethanol and gasoline on BSFC (g/kWh)  and engine speed (rpm) [5]

Although bioethanol fuel promises enhanced engine performance in SI engines, challenges during engine performance must be researched and overcome for economic viability. One particular challenge is its high boiling point of 78o C, which leads to cold start problems [5]. Consumers who use bioethanol would have difficulties driving in colder temperatures, potentially losing fuel while it heats to the boiling point. One possible solution could involve mixing bioethanol with gasoline or other additives to lower the boiling point to suit colder temperatures.

Within bioethanol production, several advancements have been made to increase its efficiency as a fuel. Current processes include hydrolysis & fermentation, and simultaneous saccharification and fermentation. Researchers have looked to improve on such processes to make bioethanol an economically and environmentally stable fuel. Researchers have investigated bioreactor designs and biorefineries to drastically improve the commercial success of bioethanol products. As for bioreactors, two types - external loop liquid lift and circulating loop bioreactors - were under development for bioethanol production. External loop liquid-lift bioreactors were utilized for simultaneously running mass transfer and fermentation of crop biomass [6]. This would drastically enhance the bioethanol fuel, reducing costs and creating a more efficient fuel for use. Circulating loop bioreactors served as modifications to external loop air-lift bioreactors, created for both anaerobic and aerobic processes to happen in the same space [6]. Also, direct ethanol extraction occurred using raw cassava starch. While there were plants for single-step production of bioethanol, researchers designed and developed these reactors to deal with complex processes, such as co-fermentation [6]. Figure 3 below shows the typical “energy-driven” biorefinery, used to produce a variety of products. 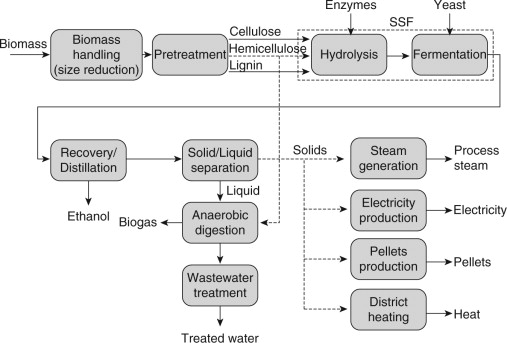 Figure 3: “Energy-driven” biorefinery and its processes [7]

The potential of bioethanol lies in the genetic engineering of crops, which could greatly increase biomass output and make deconstruction of lignocellulose easier [11]. Since more biomass can lead to more ethanol, a quicker deconstruction of lignocellulose to its basic starches would decrease manufacturing costs all around. Research has also been performed on bioethanol production from food crops. However, researchers have found this option undesirable because bioethanol production would take away from food supply. As the human population increases, more food is required to sustain healthy populations. Therefore, interference in the food supply would detriment several countries in desperate need of those crops, forcing researchers to find a way to efficiently deconstruct lignocellulose [11].

Researchers have found that lignocellulosic sources such as hardwoods, softwoods, waste paper, and municipal solid wastes can all efficiently create bioethanol [13]. The lignocellulosic biomass is then pretreated to break down the biomass into cellulose and other polymers, which then undergo hydrolysis and fermentation processes. To create an economically viable process, optimization of sugar recovery after pretreatment, xylose fermentation by yeast, and lower enzyme & yeast loading must occur [13]. Since filtration would be excluded due to whole pretreated material included, operation costs would decrease. However, more efficient microorganisms must be developed to determine how much the lignocellulosic bioethanol industry grows [13].

In conclusion, bioethanol promises great benefits as an alternative to current fuels because of its economic potential, lower emissions, and higher fuel efficiency. Indeed, bioethanol’s vast applications in several industries appeal to companies looking for a safer alternative to already existing fuels. Investment into lignocellulosic bioethanol research and infrastructure can create new opportunities to lower emissions and create a greener environment.

The authors are grateful to Mr. David Forester for his review of this manuscript.

Dr. Raj Shah is a Director at Koehler Instrument Company in New York, where he has worked for the last 25 years. He is an elected Fellow by his peers at IChemE, CMI, STLE, AIC, NLGI, INSTMC, The Energy Institute and The Royal Society of Chemistry. An ASTM Eagle award recipient, Dr. Shah recently coedited the bestseller, “Fuels and Lubricants handbook”, details of which are available at

A Ph.d in Chemical Engineering from The Penn State University and a Fellow from The Chartered Management Institute, London, Dr. Shah is considered an expert in alternative energy technologies. He is also a Chartered Scientist with the Science Council, a Chartered Petroleum Engineer with the Energy Institute and a Chartered Engineer with the Engineering council, UK. An adjunct professor at the Dept. of Material Science and Chemical Engineering at State University of New York, Stony Brook, Raj has over 300 publications and has been active in the petroleum and alternative energy fields for the past 3 decades. More information on Raj can be found at

Mr. Nicholas Douglas  and Mr. Nathan Aragon are students of Chemical engineering at SUNY, Stony Brook University, where Dr. Shah is an adjunct professor and the chair of the external advisory Committee in the Dept. of Material Science and Chemical Engineering.