Look around you. Chances are you’re surrounded by manufactured products — from the chair you’re sitting on, to the device you’re reading this on. Each step along the manufacturing process of those products has some impact on the environment. 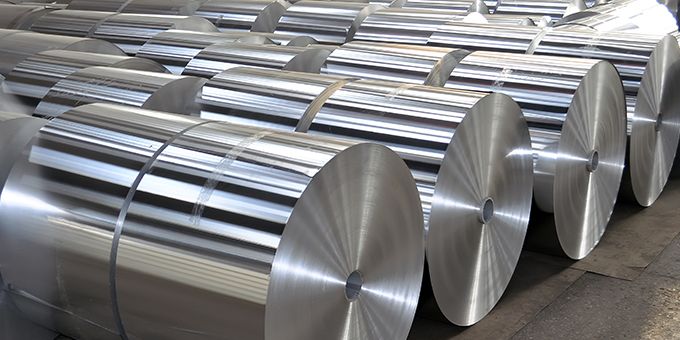 From its extraction as raw material to its end of life, a product is constantly producing carbon emissions. So, how can we reduce that? Here Claudia Jarrett, US country manager at industrial automation supplier EU Automation, discusses how to reduce the amount of carbon embedded in a product.

Every manufactured object started its life as a raw material. This could be a tree for wooden objects, or mined ores, quarried stones and extracted oils found deep underground. Resource extraction alone contributes up to half of all carbon emitted into the atmosphere worldwide. However, despite the impact that resource extraction has on the environment, extraction companies are simply producing to meet demand.

Beyond extraction, the equipment used to process raw materials adds a large amount of carbon to the atmosphere through its own manufacturing process. Each component in a piece of industrial equipment comes with its own embedded carbon, which is the sum of the carbon emissions produced across the whole lifetime of the component. Just think about the complexity of the average production line, it is easy to realise its amount of embedded carbon.

The problem with electronics

According to sustainability website Treehugger, approximately two thirds of the carbon emission of electronics can be traced to the manufacturing of storage devices, semiconductor, and PCB components, which appear in many modern pieces of electrical and electronic industrial equipment.

Furthermore, the embodied carbon found in electronic parts and components used to assemble computer products account for nearly 60 per cent of their total footprint. According to the same study, a further 40 per cent is generated by the embodied carbon from various chemical, gases, metallic materials, and other semiconductor materials supplies.

Nevertheless, sustainability is not only about carbon emissions, but also the use of rare earth metals that go into semiconductors and other products. Some of these materials are scarcer than others, so overproduction of electronics diminishes the availability of these critical raw materials.

At the end of a product’s life, it is disposed of and more waste is created, which increases carbon levels. According to business website The Balance, an estimated 55 billion USD in e-waste material is thrown away each year in the US alone. Similarly, only 20 per cent of e-waste is documented to have been collected and recycled, despite the potentially high reusability of materials like gold or copper.

From a manufacturing, repair or maintenance perspective — standing a few steps removed from the point of extraction — there are several actions that can be taken to control the total carbon footprint of products and the emissions produced during production. These include reducing energy usage, incorporating carbon capture or carbon offsetting technologies into production processes and minimising production waste.

Legislation is constantly evolving to reflect the need for industrial businesses to operate more sustainably. For example, the European Union’s Emissions Trading Scheme (ETS) introduced a cap on the carbon emissions that companies can emit each year, with any excess emissions produced requiring the trading of carbon credits. This provides a financial incentive for manufacturers to minimise emissions.

On an equipment level, new European guidelines aim to reduce the waste generated by equipment that is still functional and compliant with energy specifications.  From July 1, 2021, lower efficiency — IE1 and IE2 — electric motors will no longer be accepted, as a wider range of motors are brought into scope and held to higher standards. However, there is one exception in regard to repairing products containing motors that were placed on the market before the new regulation came into force. This will avoid scrapping equipment early if motors can be repaired and is designed to avoid problems if it is impossible to replace a non-compliant motor with a compliant one without disproportionate costs to the end user.

One of the best ways to reduce environmental impact and increase sustainability is to assess whether a system really needs upgrading. Manufacturers can be tempted to consider an upgrade just because older components have broken down and spare parts are hard to find on the market. However, upgrades should be deliberately planned according to a precise business growth strategy, not commissioned as a way to bypass the difficulty of coping with obsolescence.

Just like with new parts, each stockpiled obsolete part passed through the same environmentally damaging pipeline, just to find themselves gathering dust in a warehouse. From there, the best outcome is that they are scrapped and recycled, possibly straight into new parts to be stockpiled indefinitely.

This is unless they’re used. When faced with a part breakdown or end-of-life notice for a vital component, businesses can choose potentially expensive upgrades to the new models and systems, with the prospect of repeating this process when the next end-of-life notice comes along.

A part may become obsolete for a variety of reasons, such as new specifications or regulations, changes in design, or simply because the original equipment manufacturer (OEM) has stopped production to make space for a newer model. However, these parts might be still in stock somewhere in the world, so a reliable automation parts supplier is required to locate them.

Assessing whether these obsolete parts are workable in a system represents a two-pronged attack on potentially wasteful practices. First, if an obsolete part can be sourced, the demand for new parts is lowered. Secondly, using obsolete parts wherever practical makes the most of the resources, energy and associated carbon emitted in the original production of that part.

Manufacturers can choose to approach EU Automation, find the still-working obsolete part that will keep their production line running, save their budget, and help save the planet at the same time.