Resistors are commonplace power components in industrial buildings — but their use is not limited to the factory floor. In many industries, resistors play a vital role in the power management of electrical equipment. 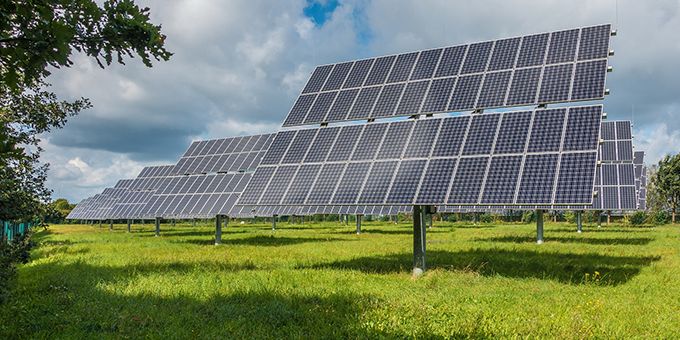 Resistors are passive electronic components that primarily create resistance to limit the flow of electric current. They also have many other uses, including adjusting signal levels, dividing voltages and handling unnecessary influxes of power, making them an essential piece of equipment in many electrical networks and electronic circuits.

In industrial buildings, resistors can take the shape of load banks, which test a back-up power source without connecting it to its normal operating load by simulating an electronic load. This is useful in industrial buildings to test back up generators or an uninterruptible power supply.

Without proper testing, an electrical fault could cause a building’s power supply to cease and leave, for example, a production line at a halt. This demonstrates just one of the reasons why resistors are essential to industrial operations, but there are many other applications that require resistors.

Solar power is an attractive renewable energy source as it’s easy to install, scalable and can be implemented in a variety of locations, such as large solar farms or on residential or commercial buildings. However, efficiency is a limiting factor to its growth, as many panels barely surpass 20 per cent efficiency.

Many solar farms adopt solar tracking systems to improve efficiency, which use motors to move the panels so they’re always directly orientated to the sun. Braking resistors can dissipate excess voltage generated by the decelerating motors to ensure the panels stop moving when required and land in the optimum position. As part of a regenerative braking system, resistors can help put any wasted braking energy back into the system to further increase efficiency.

Resistors also play an important role in wind power generation. Disturbances on the grid can cause high transient currents and voltages that can affect wind turbine generator rotors. There are many causes of grid disturbances, including power station faults and damage to electric transmission lines. With this in mind, it’s important to protect the rotor from damage by short circuiting the rotor windings using a resistor during the period of disturbance.

The uses of resistors in wind power are very similar to those in tidal power, as a tidal stream generator operates in much the same way as a wind turbine. Tidal power, although currently less popular, has great future potential as a reliable form of renewable energy as tides are more predictable than the wind and sun.

Like wind power, tidal power benefits from crowbar resistors, load banks and dynamic braking resistors. A power disturbance can cause a runaway condition that leads to overspeed, which can stress the turbine blade and eventually damage the mechanical structure. Here, a dynamic braking resistor can be implemented to prevent this by dissipating excess power.

Tidal power isn’t a resistor’s only marine application. Resistors can be found in a variety of offshore vessels, including ships, crane barges and oil rigs. It’s becoming increasingly more common for offshore vessels to use electric drives in a range of powered applications, from cranes and propellers to cable laying and electric bow thrusters.

One significant benefit of electric drives is the opportunity to replace mechanical braking with dynamic and regenerative braking systems. Electric braking systems can save weight, therefore reducing vessel fuel consumption. Energy efficiency can be enhanced with regenerative braking, which puts the wasted energy back into the system. Electric braking also offers greater control and reliability over mechanical braking.

Elsewhere on offshore platforms, neutral earthing resistors protect equipment from damage in the event of earth faults. They limit the current that flows through the neutral point of a transformer to a safe level that still allows operation of equipment. It’s important to avoid damage to equipment in an offshore vessel, as the necessary replacement parts, or skilled engineers, may be back on land.

With over 100 years’ experience in engineering, Cressall supplies a range of industrial resistors, from load bank and crowbar resistors to braking and neutral earthing. In marine applications, we can offer water cooled and air cooled resistors. Our advanced computer-aided design tools, highly skilled engineers and extensive library of data allow us to respond quickly and accurately to new product requests.

While resistors are an essential power management mechanism in industrial buildings, their benefits extend far beyond keeping the production line moving. Resistors have claimed the land and sea through renewable energy and offshore operations — protecting equipment and increasing efficiency across the globe.