A successful transition to clean energy requires safe, cost-effective, and reliable energy storage systems. Such storage systems will also be necessary to improve the efficiency of the electrical distribution grid by reducing power surges and balancing the load over time. 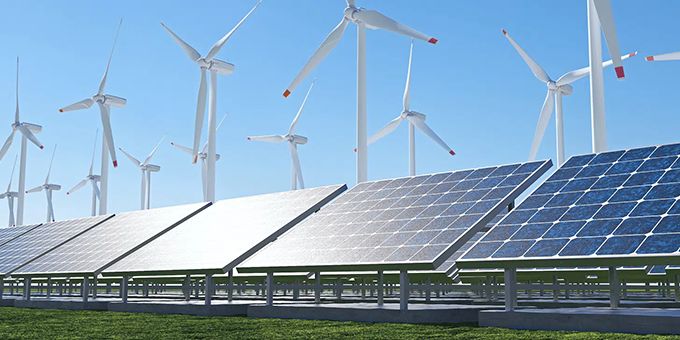 The transition to clean energy is a significant topic today. The United States has set a goal to reach 100 percent carbon pollution-free electricity by 2035, and many individual states, such as California, have even more ambitious energy storage targets. Municipalities, utilities and corporations have also made commitments to net-zero carbon emissions. It is projected that by 2050, almost 50 percent of total power generation will come from renewable energy sources. While wind and solar are the fastest-growing renewable energy sources, they contributed less than five percent of the total energy used in the U.S in 2020.

While renewable energy is critical to help lower the world’s carbon footprint and move towards zero greenhouse gas emissions, harvesting this intermittent green energy isn’t enough. A successful transition to clean energy requires safe, cost-effective, and reliable energy storage systems. Such storage systems will also be necessary to improve the efficiency of the electrical distribution grid by reducing power surges and balancing the load over time.

Designed for Space, Applied on Earth

The flow battery was first developed by the National Aeronautics and Space Administration (NASA) in the 1970s. The technology was originally conceived for use in the space program to power satellites, not as part of the transition to clean energy. Modern redox flow batteries (RFBs) were invented in 1976 by Lawrence Thaller. The Redox Storage System Technology Project was jointly supported by the U.S. Department of Energy and NASA beginning in 1979. The objectives of the project were to develop the Redox flow battery concept and to probe its technical and economic viability for utility and stand-alone applications.

The conclusion drawn in this report, published in 1984, was that the concept was viable.  However, at the time, fossil fuels were abundant. As we transition to clean energy and focus on sustainability, there is an opportunity for mainstream use on the ground instead of in space.

One of the major benefits of vanadium redox flow batteries (VRFB) is that the cycle life is much longer than other battery technologies. The typical cycle life for a lead acid block battery can be as little as 150 cycles to 80% Depth of Discharge with a life span of three to five years. A flooded battery can do 300 to 500 cycles to 80% Depth of Discharge and can have a typical lifespan of 15 to 25 years. For lithium batteries, the expectation is at least 2,000 – 3,000 cycles, or approximately five years.

Vanadium redox batteries have a near-infinite cycle life. With proper maintenance, VRFB systems can operate for 30-40 years without the electrolyte losing energy storage capacity. With such a long lifespan, these battery systems are more sustainable energy storage technology for on-demand power needs.

Another aspect of sustainability is the fact that the vanadium is almost infinitely reusable. The electrolyte that constitutes the bulk of a VRFB system can be dried out, purified as necessary, and then used in another battery system. Vanadium is also used for high-strength steels and specialty alloys.

VRFB systems are also safer across a number of factors, compared to other battery technologies.  If lithium batteries are not managed properly, or the battery is damaged, it could lead to the risk of battery failure, increasing the risk of thermal runaway. Thermal runaway occurring in a single battery cell can cascade to adjacent battery cells, possibly culminating in a high heat release fire event. Because over 50 percent of the electrolyte solution for a VRFB system is made up of water, the battery is unlikely to catch fire in the event of a short circuit, intense heat or high pressure.

More than 35 gigawatts of new energy storage solutions are predicted to be deployed by 2025. All types of battery technology will be needed to meet the growing demand. However, flow batteries are widely recognized to be particularly well suited for long-duration energy storage, i.e. operating times greater than six hours, largely because these batteries uniquely provide independent control over power and energy.

In a traditional battery, power and energy are constrained by the nature of the materials’ design, as both are intimately tied to the electrode area and thickness. A lithium battery rating is typically specified for a one- to two-hour discharge at full power. They can be discharged over significantly longer periods of time, but they do so at a significantly lower power rating. Thus, while more batteries can be added to the system to increase the length of time they will run at the desired power, one has to overbuy the power capacity in order to achieve long-duration energy.

VRFB systems, in contrast, are independently scalable in power and capacity. This flexibility results from their unique design, which is based on separate power conversion stacks, comparable to fuel cells, that set the system power and electrolyte tanks for storing the energy. The length of operation can be increased solely by using larger tanks that hold more electrolyte without making any changes to the stacks.

The independence of power and energy in VRFB systems also means the potential for substantial cost reduction when the discharge time goes up. As a result, flow batteries would be the preferred option for large-scale energy storage.

As more renewable energy sources come online, the power grid needs to become more flexible to develop the capacity to maintain the supply-and-demand capacity. This is where long-duration energy storage is key. Establishing U.S.-based manufacturing for VRFB provides a reliable, domestic source for the long-duration energy storage needs for renewable sources that are critical to meeting net-zero goals in the transition to clean energy.

Forecasts suggest that long-duration energy storage has the potential to deploy 85 to 140 terawatt-hours energy capacity by 2040. A variety of battery technologies will be necessary to achieve this potential, but the gains would be tremendous – possibly avoiding 1.5 to 2.3 gigatonnes of carbon dioxide equivalent per year. Vanadium redox flow batteries can offer a lower cost per kWh over the battery’s life due to their long lifespan and unlimited capacity.