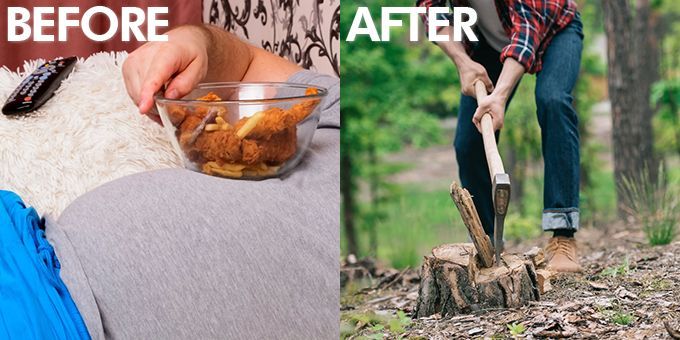 View Part 1 of the Series Here:

After two covid years trapped in a middle sized city I decided to build a completely off the grid geodesic dome that I could try and survive a few Canada winter in. I am renting first nations land on Vancouver Island. Vancouver Island is on the west most part of Canada on the pacific ocean close to Seattle. Like Seattle the winters are very wet with three or four heavy snow falls. The mildest winters of Canada... but still Canada. My setup consists of a 24ft geodesic dome for the bedroom and living room, a detached bathroom with full plumbing and heat, a outdoor kitchen and a 16ft utility trailer with mounted solar panels on top and all my electrical enclosed inside. 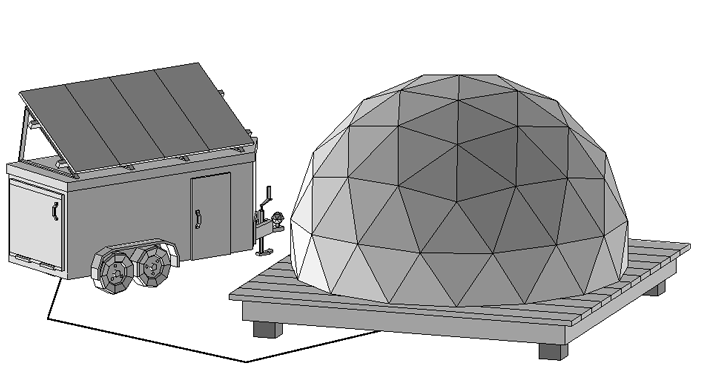 In part 1 of the series I described my experience working with Ed Knaggs at Charge Solar designing my solar package. He has experience with off the grid going back to the 1980s and through zoom we picked out exactly what I would need for a self contained mobile power trailer that could provide enough power for a tiny house... or in my case a geodesic dome.

This article will focus on the solar components we decided on. Then breakdown the broad stroke of the wiring and placement of each component. Once I have completed my series of articles I will link to my Github page containing a detailed 3d file with the wiring, item lists and construction details if you wish to build something similar. 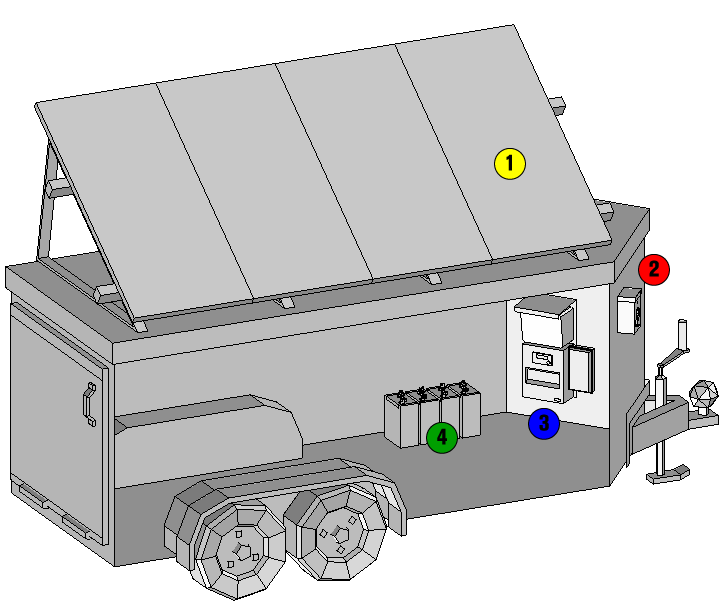 Four 425W Longi solar panels are mounted to the roof using a Vertical Roof Mount. The roof mount allows you to adjust the angle from completely flat to 60º.

Myself and my buddy Clay of Katana Contracting assembled the triangle mount on the ground first and then pulled it onto the roof. We attached it to the sides of the trailer with 2" metal L brackets. We didn't want to drill holes in the roof to directly mount it because we worried about water leaking eventually.

We then pulled up each panel and attached them to the mount. The panels were light enough that I could push them up to Clay while he stood on the roof and fastened them to the mount with the provided hardware. It took us about a day to figure out everything and mount the four panels. 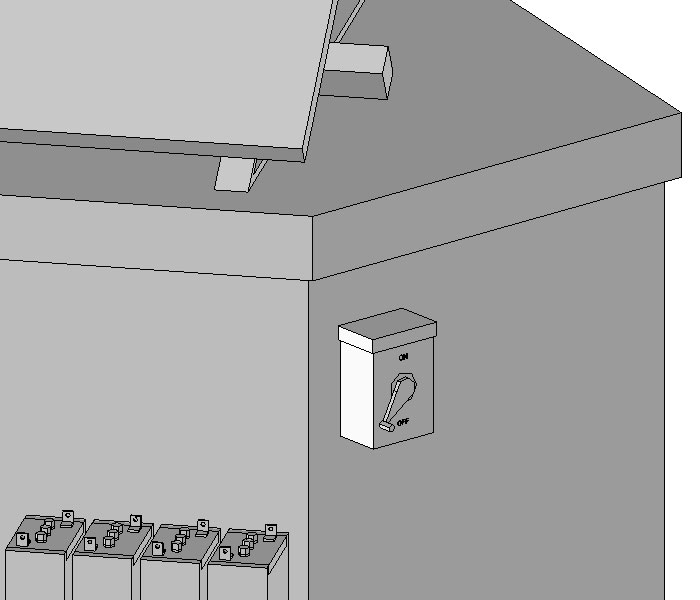 Once the solar panels had been mounted to the roof I had a professional solar installer come and wire the rest of the components together. Ed at Charge Solar provided a complete wiring diagram for them to follow. A crew of two electricians then wired the panels and brought the wire down the front of the trailer. They grounded the panels with a grounding plate they dug down a couple feet. They then fed the other wires into the Disco Combiner mounted at the front of the trailer. The Disco Combiner is basically a big shut off lever that can be used to disconnect the panels from everything else. British Columbia safety code requires a disconnecting switch no more than one meter from the panels. The Disco Combiner also combines the wiring from the solar panels into a single line. 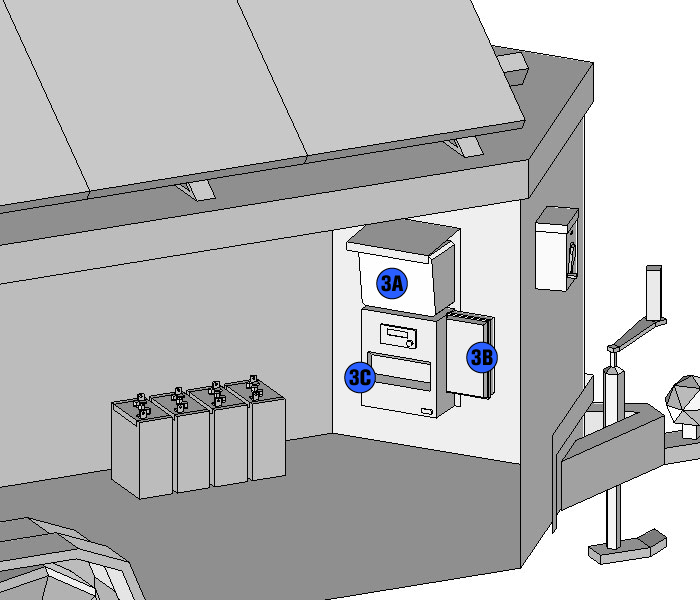 From the Disco Combiner the installers connected into the Magnum E-panel. The panel came pre wired from Charge Solar. It combines the invertor, charge controller, programmable display and required fuses all in a single package. It greatly simplified the amount of wiring needed by the installer. My panel included:

3B. The side box is the Magnum PT-100 MPPT Charge Controller.

3C. The bottom box contains the fuses and connection out to the batteries and AC. On the front of the box is a ME-ARC50 Advanced Remote.  The remote is used to program the charge controller and monitor the batteries. More on this in the next article. 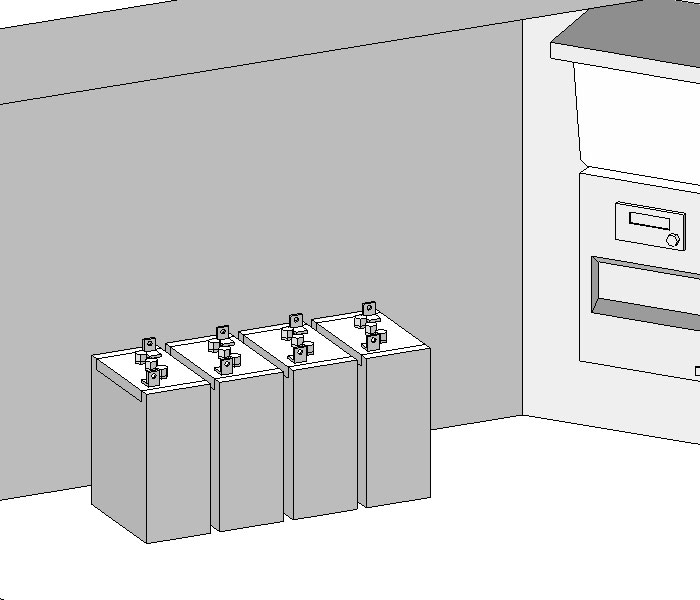 Finally four Rolls 6V deep cycle battery (S6 L16-HC)  were wired in series and connected to the Magnum E-panel. Each battery provides 512 Amp Hour @ 100 Hour Rate. The installer made sure my trailer had a ceiling vent that could not be covered as the batteries released gas that needed to be vented outside.

The wiring of the system took the electricians around 6 hours.

In my next article I'll talk about programming the charge controller and AC wiring the geodesic dome.