"Bleutech Park is paving the road for new developments with its forward thinking approach to putting public safety first by planning the integration of advanced technologies like autonomous security robots alongside the likes of power, water management and Internet service." 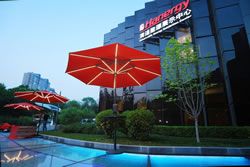 The Humbrella integrates functions including off-grid power supply, electricity storage, night lighting, and terminal charging. It can collect sunshine and convert it into electricity and save up to 40000mAh of power, enough for 10 hours of quality night reading time.

What is Smart Off-Grid?

During Irma's Power Outages, Some Houses Kept The Lights On With Solar And Batteries 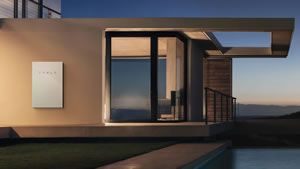 Adele Peters for Fast Company: The ability of some residences and businesses to stay functioning as the power went out around them shows the growing potential of local generation and microgrids. Now those batteries just have to get a lot cheaper. 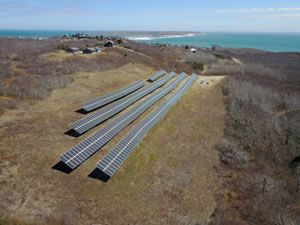 Solar Design Associates of Harvard, Massachusetts, designed and installed this 1,020-panel solar array and a 1 MW energy storage system that have delivered over 50% of the electricity this summer for Cuttyhunk Island, Massachusetts.

Energy Harvesting Europe Article: Governments, manufacturers and other interested parties agonise about what to do as multiple gigafactories spew out vast numbers of lithium-ion batteries that almost always die before the life of the equipment in which they are placed and they are linked to toxins, fires and other nasties. As the world moves to structural electronics instead of the nostalgic old components-in-a-box designs, the batteries are holding up the party because even solid state ones tend to swell and shrink with each cycle, bursting a smart structure apart.

Developing a successful business model that could deliver off-grid power will require addressing challenges unique to the population, an Oregon State University researcher concluded in a study published recently in Renewable and Sustainable Energy Reviews.

This system is working good in a 4000 sq ft shop & house combo, but could use more storage for peace of mind & will likely upgrade next year.

Follow-up: Moving off-the-grid and into a micro-house in the Southern Adirondacks

10/27/16, 08:33 AM | Solar & Wind | Off Grid
I would recommend this living situation to anyone! I feel that this isnt just a temporary fad but a trend that will continue especially for Millennials that are buried in debt, specifically student loans.

Moving off-the-grid and into a micro-house in the Southern Adirondacks. New York State resident Matt Holleran refuses to be one of the many Americans paying one third of their income on housing. For that reason, hes moving off-the-grid and into his very own micro-house in the Southern Adirondacks.

08/12/15, 11:23 AM | Solar & Wind, Other Energy Topics | Off Grid | Tigo Energy
This project was done with the highest level of workmanship and the highest level components selected from every nut and bolt, to the use of Tigo.

Preformed Line Products introduces the POWER MAX Ballasted Roof Mounting System. The POWER MAX solar mounting system is engineered to maximize energy output on commercial flat roofs. Developed with the professional installer in mind, this system offers adjustable inter-row spacing in the field of up to 11 inches. It features 50% fewer components and a simplified design resulting in faster assembly rates and labor savings on every project. Available in a flush mount, 5˚ or 10˚ tilt or higher density dual tilt design, the POWER MAX base arrives stacked on pallets providing easier transport to the roof. Engineered as a fully ballasted, non-penetrating system, it accepts standard concrete blocks and is qualified by wind tunnel testing.
More Alternative Energy Products | Feature Your Product