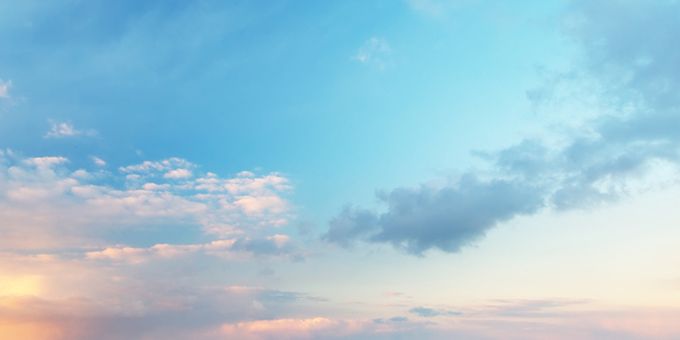 A global research effort spearheaded by the National Renewable Energy Laboratory (NREL) has assessed two promising technologies to remove carbon dioxide from the atmosphere. While still in the early stages of development, direct air carbon capture and sequestration (DAC)—together with other carbon dioxide removal strategies—are considered critical to achieving a net-zero greenhouse gas emissions economy by 2050 and limiting global warming to less than 1.5 degrees Celsius by 2100.

Despite this important role, DAC technologies have yet to be assessed in a forward-looking, dynamic system context. That is why scientists from NREL, the Netherlands, Germany, and Switzerland as well as in Pennsylvania and California provided a dynamic life-cycle assessment of two promising DAC technologies to separate carbon dioxide from the air and sequester it in geological storage sites. The article, which appears in the journal Nature Communications, provides a first evaluation of the technologies’ environmental trade-offs over a long-term planning horizon.

“We will not hit our carbon-neutral targets by midcentury or our climate targets by the end of the century if we don’t push heavily for additional removal of carbon dioxide out of the atmosphere,” said Patrick Lamers, a senior researcher in NREL’s Strategic Energy Analysis Center and corresponding author of the new paper, “Environmental trade-offs of direct air capture technologies in climate change mitigation toward 2100.” He had initiated this work and supervised another key contributor, Yang Qiu, a Ph.D. student at the University of California, Santa Barbara, during his internship at NREL last year.

The DAC technologies were assessed via a new computer model that puts them in the context of climate change mitigation scenarios developed by Integrated Assessment Models. These are prominently used in projections reported by the United Nations’ Intergovernmental Panel on Climate Change. In this case, the scenarios were created by researchers at Utrecht University in the Netherlands, which is where Lamers earned his doctorate, and are consistent with the climate targets of the Paris Agreement.

The researchers assessed the environmental performance of DAC in the context of three scenarios. The strictest called for climate change mitigation efforts that are in line with the current goals of the Biden administration for decarbonizing the domestic electricity sector by 2035, reaching a decarbonized economy by 2050, and thus staying in line with the Paris Agreement toward 2100. According to these scenarios, DAC would start to be deployed in the United States around 2050.

The two DAC technologies studied are:

In both systems, the carbon dioxide will be further compressed and transported through a pipeline to a storage site, where it will be compressed and injected into a geological reservoir through wells about 1.8 miles deep. Pilot plants are already testing both processes, with facilities operating in Canada (with the solvent method) and Iceland (using the sorbent method).

The analysis does not recommend a particular technology and is meant to guide policy discussions and help set priorities for emerging technology R&D that supports decarbonization and long-term climate change mitigation targets. Rather than picking winners or losers, the framework can help identify which technology and system factors tend to drive the results.

Given the energy intensity of DAC, its environmental trade-offs are directly influenced by the energy inputs of the DAC plants. Yet, the large-scale deployment of DAC changes the energy system load and creates a feedback effect in which the economy-wide decarbonization now balances an offsetting technology (DAC) and sectoral mitigation efforts. To evaluate this system trade-off, the researchers investigated the environmental impacts of the technologies coupled with the effects from a changing electricity sector.

The scientists noted the deployment of DAC can help achieve long-term climate goals but cautioned that decarbonization targets should not be relaxed. They determined that a rapid decarbonization is required to increase the efficiency of DAC in removing carbon dioxide and to mitigate the effects of climate change. In fact, the scientists underscored the simultaneous decarbonization of the electricity sector and improvements in DAC technology “are indispensable to avoid environmental problem-shifting.” A clean energy system supports the reduction of the technologies’ human toxicity or eutrophication impacts. Yet, further technology and material efficiency improvements for zero-emissions electricity technologies, such as solar and wind, are needed to limit the levels of ecotoxicity and metal depletion per ton of carbon dioxide sequestered via DAC over time.

Lamers said this life-cycle assessment framework provides a greater understanding of the implications of certain choices.

“It allows you to evaluate, prospectively, the consequences of specific actions and inactions in a complex and interrelated system,” Lamers said. “The large-scale deployment of new technologies is likely going to create feedback effects within the system, and we need to preemptively assess these to avoid potential future, unintended consequences. Our analysis shows the net carbon dioxide removal benefits of different direct air capture technologies and highlights environmental performance improvements for metrics such as human toxicity in a changing energy system.”

Lamers said he observed some metrics such as metal depletion and ecotoxicity increase over time.

“Yet, this is not the fault of the technology,” he said. “This is the fault of postulating our energy system decarbonization as a one-fits-all solution. Thus, if you look closely, our work really stresses the importance of the circular economy of energy materials and how it is a precursor to a truly sustainable future energy system heavily dependent on clean, renewable energy sources.”

The work by the NREL scientists was funded by the internal Laboratory Directed Research and Development program.

NREL is the U.S. Department of Energy's primary national laboratory for renewable energy and energy efficiency research and development. NREL is operated for DOE by the Alliance for Sustainable Energy LLC.