Despite the growing maturity of the sector, hydrogen technologies still need considerable development in order to reach net zero targets and to become a viable fuel source for automotive applications. 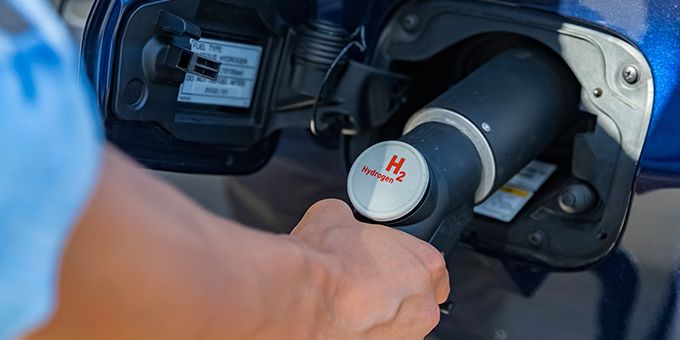 As the most abundant element in the universe, hydrogen is the input for nuclear fusion that powers our sun. Hydrogen as an energy carrier has major advantages over fossil fuels for mobility applications, particularly in the development of fuel cell electric vehicles (FCEVs). Here Simone Bruckner, managing director of automotive resistor manufacturer Cressall Resistors, investigates the role of resistors in unleashing hydrogen's potential.

Across the globe, the hydrogen market is developing in leaps and bounds. Currently, Europe has one of the world’s most developed hydrogen markets and is home to over half of all projects, according to The Hydrogen Council and McKinsey’s Hydrogen Insights Reports 2021.

Despite the growing maturity of the sector, hydrogen technologies still need considerable development in order to reach net zero targets and to become a viable fuel source for automotive applications. Making usable, renewable hydrogen is no easy feat — so where’s the best starting point?

First, we must consider how we make hydrogen green. Hydrogen can be produced in many ways, each corresponding to a different colour. Most hydrogen currently produced is grey — meaning it is produced by mixing natural gas and steam to create hydrogen and carbon dioxide in a process known as steam methane reformation. As it stands, as much as 95 per cent of the hydrogen produced is grey.

Another common variation of hydrogen is brown. This form is more environmentally damaging than grey hydrogen, although it’s less common. Hydrogen is labelled blue whenever the carbon generated from steam reforming is captured and stored underground through industrial carbon capture and storage (CSS).

The problem with these methods of producing hydrogen is that they all rely on fossil fuels, which conflicts with hydrogen's alleged sustainability superiority over petrol and diesel-powered vehicles.

But, aside from cutting out carbon, how do we make green hydrogen for FCEVs happen?

FCEVs are powered by proton exchange membrane fuel cells. FCEVs turn hydrogen into electricity by combining the hydrogen fuel with air and pumping it into the fuel cell. Once inside the fuel cell, this triggers a chemical reaction, resulting in the extraction of electrons from the hydrogen. These electrons then create electricity, which is stored in a small battery used to power the vehicle.

FCEVs fuelled with green hydrogen are completely carbon-free, thanks to the renewable origins of these fuel cells. However, there are other considerations that must be made in order to manage the energy FCEVs produce.

Fuel cell electric vehicles constantly convert hydrogen into electricity, which in turn charges the vehicle’s battery. In a process known as regenerative braking, the excess kinetic energy can be retained to recharge an EV’s battery. It is able to do this because the electric motor in an EV can run in two directions: one, using the electrical energy, to drive the wheels and move the car, and the other, using the excess kinetic energy, to recharge the battery.

The principle of regenerative braking is simple, but in practice further technologies are required to ensure the vehicle operates safely. If the battery is already fully charged, or kinetic energy is being converted at a rate too fast for the battery to handle, then regenerative braking isn’t viable. However, this excess energy has to go somewhere to make sure the EV stops when the driver brakes.

A dynamic braking resistor (DBR) is one of the most efficient ways to safely dissipate excess energy and ensure the system remains operational.

When choosing a DBR for a FCEV, or for any form of electric vehicle, automakers must consider a few key design factors. For all vehicles powered by electricity, making components as lightweight as possible is a top design demand. From the vehicle’s battery to its chassis, down to more intricate parts like resistors, reducing the weight of the car will mean the vehicle requires less energy to accelerate, boosting its efficiency.