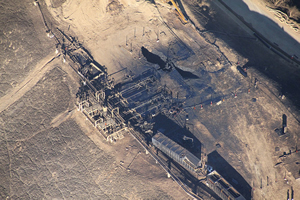 Andy Colthorpe for Energy-Storage News:  The requirement of nine hours of energy storage duration at a project touted as a possible replacement for a new natural gas plant in California makes it tough for the newer technology to compete on cost, an analyst has said.

Back in June, the California Independent System Operator (CAISO), which is responsible for much of the state’s high voltage transmission lines, ensuring security of electricity supply and keeping costs to ratepayers as low as possible, agreed to investigate alternatives to building a 262MW gas power station.

CAISO’s study on the Puente Natural Gas project came about after the regulator, California Public Utilities’ Commission (CPUC) approved it as a solution to fears of capacity shortfall that will result from the planned retirement of some 2,000MW of local generation assets by 2020 under environmental rules. After utility Southern California Edison (SCE) and developer NRG Oxnard Energy Center were given approval for the plant, California Energy Commission agreed to an offer made by CAISO to consider alternatives.

The CAISO study was published earlier this month. While finding it feasible for energy storage – as well as a combination of energy storage and synergistic technologies such as demand-side response – to be available to deliver the required capacity, there were some drawbacks.  Full Article: