During Irma's Power Outages, Some Houses Kept The Lights On With Solar And Batteries 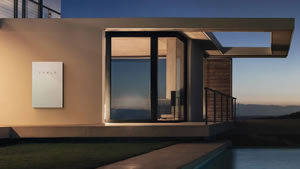 Adele Peters for Fast Company:  When Hurricane Irma blew out a transformer on his block in Orlando on the night of September 10, Andy Green–like most of the people on his street, and millions of people throughout Florida–lost power from the grid. But Green, who installed Tesla’s Powerwall home battery storage in early August, kept his lights on.

“We didn’t have full power–we couldn’t have the whole house running–but we cut it down to the bare minimum, like air conditioning, refrigeration, internet, that sort of thing,” says Green. Though power is still out in parts of Orlando, electricity on his block came back from the grid 21 hours later. While it was off, Green’s Powerwall, connected to the solar panels on his roof, kept going. When the clouds parted the next day, the battery started recharging.

Typically, rooftop solar panels send power directly back into the grid. Power customers usually get a discount on their electric bill, but in a disaster, the fact that solar panels keep generating power isn’t useful. The rise of new home battery storage products like the Powerwall is changing that.  Full Article: