The idea of a smart, semi self-sufficient home was, at one point, grounded firmly in the realm of science-fiction. Now, however, we are rapidly approaching an age where solar-powered, IoT-connected homes are not only viable options but may evolve into the norm. Alternative energy sources like solar are gaining traction in both the public and private sectors, and understanding how solar will improve IoT-connected homes will help to boost their popularity and availability further going forward. 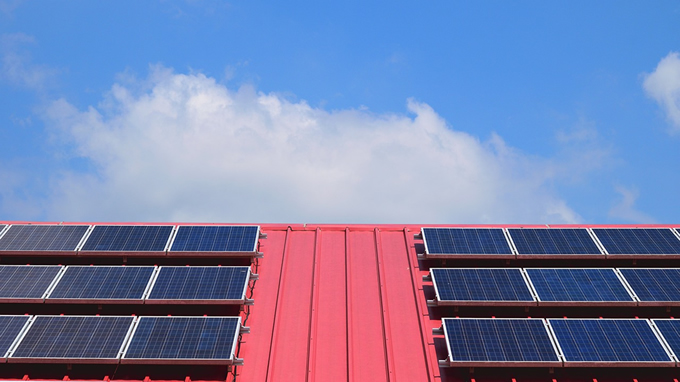 The benefits of having your home automated through various IoT devices are vast and can make your life easier and more streamlined. Now a home powered by devices working with one another through the IoT can do everything from measuring and controlling environmental conditions within the home such as humidity and temperature to managing home appliances. Homes with smart garage door controls and home security systems are helping keep residents safe and sound.

These smart homes are already working to improve lives around the world, and as climate change becomes a more pressing issue with calls to switch to renewable energy across the board, integrating solar energy into home automation makes sense. It will make even better sense — and cents — as the costs related to the production and installation of photovoltaic solar panels continue to go down, resulting in wider commercial viability and availability and lower costs to the consumer. Costs for consumers will be even further reduced due to the nature of the energy-saving relationship between IoT automation systems and photovoltaic solar panels.

Solar energy and IoT automation systems work together in a mutually beneficial manner, with the IoT allowing for better management of deployed solar panels and in turn the solar panels providing much if not most of the energy needed to operate automated systems. Companies like AT&T are capitalizing on this symbiotic relationship between solar power and IoT automation systems, working to develop networks that will seamlessly blend the two technologies.

One of the main draws of designing a home to be automated and employ the IoT is the overall increased efficiency it provides. Generally, appliances that connect to the IoT tend to be technologically advanced enough that they themselves are energy efficient, but when operating in tandem at peak efficacy, they can take that efficiency even further. Bringing solar energy into the fold will bring whole-home energy management, helping smart homes achieve maximum energy efficiency with the ultimate goal of complete independence from utilities.

Anyone can, and should at the very least, consider increasing energy efficiency in homes that aren’t utilizing the IoT through efficient water-saving bathroom appliances or energy-efficient lighting and insulation. However, energy-efficient appliances and fixtures are only the beginning when compared to the peak efficiency offered by the blending of solar power and automated smart homes. When devices are connected to one another through the IoT, they are able to quickly communicate how much power, water, or any other utility is being used, where it is occurring and is able to adjust accordingly in order to operate at peak efficiency.

Though solar-powered smart homes are already incredibly efficient, the future holds technologies that will be able to push that efficiency even further. IoT devices might soon be able to extract even more energy efficiency through inventive methods, even drawing power from indoor lighting to operate. Eventually, with the help of increasingly effective solar panels that are becoming more affordable every year, the homes of the future will be able to exist completely off-grid and will even be able to generate a profit by selling back unused power.

Solar Is The Future

The simple fact of the matter is that the world must one day fully embrace alternative energy sources like solar power. Coal, natural gas, and oil are all finite resources, and regardless of any personal views regarding the politics surrounding climate change, the reality is that these resources cannot be relied on indefinitely. Wind power, water power, and solar power in the form of photovoltaic systems and concentrating solar power systems rely on natural forces to generate power, and as solar energy becomes more efficient and cost-effective it is poised to become one of the main sources of energy around the world.

The IoT can allow us to make the most out of the energy that we produce, however it is imperative that we don’t just rely on increased efficiency in the devices that we use to address our energy issues. Adoption of the IoT is slow and is ultimately only a bandage on the issue of energy production regardless of how efficient we are capable of making IoT connected devices. The only real, long-term solution is to continue to explore and invest in alternative energy sources like solar to not only help individuals with their energy needs but the world at large as well.

Again, neither the IoT nor solar energy is a perfect solution as of this moment, but when the IoT is used to manage the technology that produces alternative energy, the possibilities are nearly limitless. The IoT can generate useful data that can produce predictive and adaptive analytics to notify operators of any repairs or maintenance that needs to be conducted before the fact or allow systems to automatically balance energy loads and decrease stress on the equipment and prevent overheating. When the IoT and alternative energy sources like solar are used in tandem, it can result in the extremely efficient production of energy at both the macro and micro levels.

The future of IoT-powered solar smart homes is bright. The technology that allows for the production of solar energy is getting less expensive and more efficient every year, and smart homes are being lauded for their efficiency and ability to make their owner’s lives easier. Solar energy is the future, and with the IoT helping it along, it seems as though there is little that cannot be accomplished.

Posted by Penny Rutland on 02/24/20, 04:15 AM
IoT seems far too intrusive, with phones, TVs etc listening in to your everyday conversations, fridges knowing your food consumption. Next will it be telling you your diet is bad and order healthy food for you? It stinks of big brother. I have solar panels and get paid enough to cover my fuel bills. I would like an air-source heat pump, which I think would make my home near zero for energy consumption.