Cheap renewable energy and low-priced batteries are anticipated to lead to wind and solar producing 50 percent of the world's electricity generation by 2050. 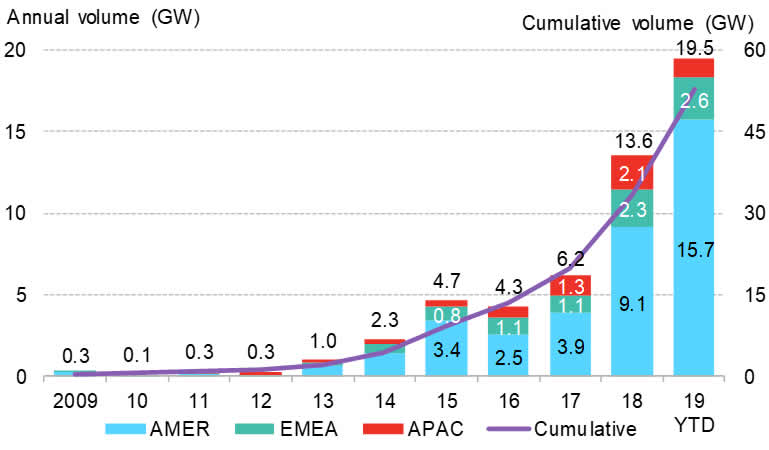 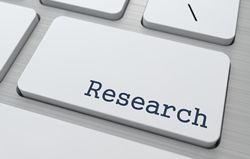 According to the IEA, renewable share in power generation is projected to grow to 40% by 2040. Furthermore, rising demand for effective load management and continuous power supply will enhance the product penetration. 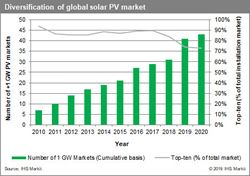 Solar Tracker Market by 2025 is expected to expand over 30 GW. Rising electricity demand on account of rapid urbanization & ongoing commercialization across globe will fuel the adoption of solar energy systems.

Utility solar project announcements surged to 11.2 GW in the first half of 2019, with 6.2 GW contracted in Q2 alone. In addition to the utility solar pipeline growth, residential solar deployment rebounded from the same period last year.

BNEF's annual outlook revises up its forecast for global investment in stationary energy storage, and sees majority of capacity likely to be grid-scale

This year's report contains data from both on-site and off-site installations, tracking more than 7,000 MW of installed solar capacity across 35,000 projects, up from 2,500 MW and 7,000 projects in the 2017 report.