Reuters:  A team of scientists at a Belgian university say they have created a machine that turns urine into drinkable water and fertilizer using solar energy, a technique which could be applied in rural areas and developing countries. While there are other options for treating waste water, the system applied at the University of Ghent uses a special membrane, is said to be energy-efficient and to be applicable in areas off the electricity grid. "We're able to recover fertilizer and drinking water from urine using just a simple process and solar energy," said University of Ghent researcher Sebastiaan Derese. The urine is collected in a big tank, heated in a solar-powered boiler before passing through the membrane where the water is recovered and nutrients such as potassium, nitrogen and phosphorus are separated.   Cont'd... 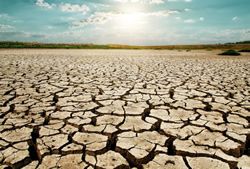 In 2014, wind energy saved 2.5 billion gallons of water in California by displacing water consumption at the state's fossil-fired power plants, playing a valuable role in alleviating the state's record drought. Wind energy's annual water savings work out to around 65 gallons per person in the state - or the equivalent of 20 billion bottles of water, according to the American Wind Energy Association (AWEA).   According to AWEA, one of wind energy's most overlooked benefits is that it requires virtually no water to produce electricity while almost all other electricity sources evaporate tremendous amounts of water.   In California - where the state is combating record drought levels - Gov. Jerry Brown recently signed an executive order to reduce household water consumption by 25%, from about 140 gallons per day per household to 105 gallons. Wind energy's water savings are, therefore, equivalent to what would be saved by nearly one week's worth of the required reductions for a typical household.   In 2008, U.S. thermal power plants withdrew 22 trillion to 62 trillion gallons of freshwater from rivers, lakes, streams and aquifers and consumed 1 trillion to 2 trillion gallons. By displacing generation from these conventional power plants, U.S. wind energy currently saves around 35 billion gallons of water per year - the equivalent of 120 gallons per person or 285 billion bottles of water.