12/01/06, 12:00 AM | Solar & Wind | Heating Systems
What would be a typical cost and payback period for a solar thermal system providing domestic hot water for an average family of 4?
Depending on system type and quality, it would cost between $3,000 and $10,000 USD. Payback can be as little as 5 years, but it depends on several different factors:
What technology do you specialize in for solar thermal applications and why?
We provide highly efficient absorber coatings for use in efficient and quality solar thermal collector systems. We believe it is only through highly efficient collectors and systems that you can build a sustainable solar market and therefore a growing business. We do not think it is an accident that the explosion of the European solar thermal market coincided with the introduction of highly selective absorber coatings in the late nineties.
Can thermal and PV systems be combined effectively in a typical residential application?
In my opinion, the two technologies cannibalize each other. PV delivers the best efficiency at low temperatures, while solar thermal reaches good system yields at high temperatures. So at best, you have a good PV yield and low solar thermal yield, or vice versa.
Another thing to consider is that solar thermal does not have constant production - once the storage tank reaches temperature (usually in summer), the system goes into hibernation. This means that PV then runs very inefficiently. One exception is the combination of PV and air heating because you can allow lower air temperatures for heating purposes while at the same time cooling down PV.
So it seems the ideal scenario is to first install solar thermal because it provides the fastest time to payback and uses only a small surface area on the roof, then install a PV system next to it to take advantage of different operating requirements. This also gives the homeowner flexibility in terms of finances or waiting for PV costs to come down.
Are there any systems that will do both thermal and PV duties with one panel?
Yes, there are some that do both. To an average homeowner this may seem very attractive. But for the reasons above, it is best to separate the two technologies on the same roof.
Are there any new technologies on the horizon for solar thermal systems?
By the European technical standard, solar thermal is a very mature technology. With efficiency levels for glass transmissivity, antireflective coatings, and optical values for absorber coatings well above 90%, there is little room to improve solar thermal systems without raising cost dramatically. The sweet spot is a good balance between cost and benefit. 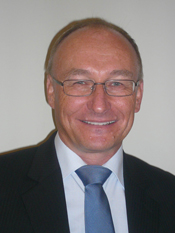 The US solar thermal market still has a lot of room for improvement, not only regarding the solar collector but also regarding water storage technology, clever control systems and parasitic energy for pumps and valves. System cost might rise but because of higher system efficiency, pay back time will improve and consumers will start to like and recommend this technology to others. Keep in mind that an average PV system has an efficiency of 12-15% with an installed kW cost 3-5 times higher than solar thermal while modern solar thermal systems reach system efficiency rates of 50-60%.

Stefan Braendle is Director of Solar Applications at Alanod-Solar, the solar surfaces company. Mr. Braendle has twenty years of solar experience in developing and building renewable energy technologies and businesses. He was a part of the team that designed the first grid connected and BIPV projects in Switzerland, and he built one of the first solar thermal companies in Central America and the Carribean. He is also considered a pioneer in the field of laser welding for solar thermal applications. Mr. Braendle is a frequent author and sought after presenter at worldwide solar technical gatherings.