The dataset is designed to provide realistic energy production profiles based on wind variability, both for the existing fleet as well as large expansions thereof. One of the main concerns with wind energy is that it is variable, with energy produced only when and where the wind blows.

What is the national integration dataset and how is it used? 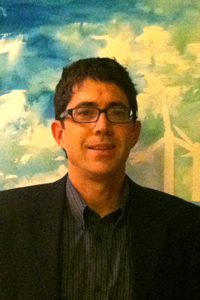 The national integration dataset is a weather and wind energy production dataset that will cover all of the continental United States (and extend 50 kilometers off shore) for the five year period from 2007 to 2011. It expands on existing datasets that cover the period from 2004 to 2006 that were created separately for the eastern (EWITS) and western (WWSIS) United States. The weather portion of the dataset will have a 2 km grid at a temporal resolution of every five minutes for the years from 2007 to 2011. The energy profile portion of the dataset will include production estimates at 110,000 existing and planned wind project locations at a time resolution of every five minutes (100,000 on shore and 10,000 off shore). The dataset will also include a wind energy forecast component containing hour- and day-ahead wind forecasts for each of the 110,000 energy profiles.

The dataset is designed to provide realistic energy production profiles based on wind variability, both for the existing fleet as well as large expansions thereof. One of the main concerns with wind energy is that it is variable, with energy produced only when and where the wind blows. Therefore, managing large amounts of wind generation on the power system may be challenging for some systems. The primary objective of this dataset is to study how large penetrations of wind power affects the electric power grid, and mechanisms that can be developed or implemented to manage the grid more reliably and cost effectively. These mechanisms could include: new market structures, transmission system build out, wind energy forecasting, energy storage, and others.

What major advances will be included in the new, updated dataset?

The biggest advance is that the new data will cover many more years of the recent past. The interest level in the first two datasets was very high, with numerous stakeholders, ranging from developers to system operators and utilities, using the data to inform their decisions about wind energy. When studying the variability of wind energy, often the most important thing is not how variable the wind is, but how flexible the rest of the system is that must integrate it. One of the limitations of the old dataset was simply that it only covered the years from 2004 to 2006 – thereby limiting the analysis period and requiring other data (such as load profiles, power prices, etc.) from that same period. This was not so much a limitation in 2007 when these data were first created, but is very much a limitation in 2012 as systems and prices have evolved.

The new dataset will also take advantage of lessons learned from the creation of the previous two datasets (EWITS and WWSIS) as well as advances in computing and data storage. The three big lessons learned in the creation of the first two datasets (and these themselves were largely limitations of computer hardware available at the time) were 1) spatial seams, 2) temporal seams, and 3) biased wind energy forecasts. To avoid these issues in the updated dataset, 3TIER will deploy its own IP, regarding running weather simulation models, on the supercomputing resources at Sandia National Labs to perform simulations for the entire continental United States in a single model domain with each simulation running for a continuous one month period. Compared to real (or wall clock) time, each one month long simulation will require approximately one month of actual time to complete. This allows us to simulate the wind patterns for the entire continental U.S. (without spatial seams) for the month of June 2010 in just one month. Given the requirement to create 60 months of data, the simulation would take five years to complete if each simulation had to wait for the first to finish – or by harnessing a substantial parallel computer environment, all 60 month-long simulations can be performed simultaneously, thereby completing the weather data creation portion of the project in one month. The resulting dataset is massive, totaling 100+ TB.

How will the new dataset move the nation forward?

Accommodating significantly increased quantities of wind energy while ensuring grid reliability will require changes to the way the entire U.S. power system operates. The dataset generated by 3TIER will provide representations of large amounts of wind energy generation and forecasts, from which grid operators, utilities, balancing areas, and other stakeholders can evaluate how various wind deployment scenarios will affect their system and how they can tailor their systems to operate more reliably and cost effectively within these scenarios. Without this information, stakeholders would have a difficult time preparing for large amounts of wind generation on their system, likely resulting in slower and more costly integration of new wind plants and higher costs of energy.

What resources are required to conduct this type of study?

Access to a large computing infrastructure is critical as well as experience organizing and processing a vast amount of data into relevant information. When dealing with over 100 TB of data, simple actions such as moving the dataset from one location to the next can become very complicated. Consider for example, most home computers these days are connected with 100 Mbps Internet connections. If you had to transfer 100 TB of data between two computers in your house (even if you had the disk space for it) it would take approximately 3 months. Now imagine having to create this dataset in the first place and then do work on it after it is created, such as converting wind speed data points to power. Given the size of the data, you only want to do each step once, so experience and software to facilitate these steps is essential.

The other crucial part of doing a study of this type is the statistical post-processing of the data to better match known patterns of wind variability. Anyone that has ever attempted modeling of any sort understands that all models are simplifications of reality and you can only understand the limitations of your model by comparing against real observations. However, the point of creating this dataset is to create estimates of wind production variability at locations without any existing projects! An essential component of the work is comparing our model simulations to as much existing, public wind project data as possible so that adjustments can be made to better reflect actual wind project variability.

When do you plan to be done with the project?

We expect the data creation portion of the project to be complete by the end of 2013.

How will the data be accessed and who will have access to it?

NREL is currently working on a plan to disseminate these data to the general public and one can reasonably expect that the time series for the 110,000 locations will be available first. Those interested in working with the data should contact NREL directly about what will be accessible and how it will be made available.

What prior experience does 3TIER have doing this type of work?

3TIER has numerous years of experience building and working with very large datasets. We work with enormous amounts of data on a daily basis for our regular forecasting and assessment operations. We also built global wind and solar resource datasets that provide a blueprint for project development worldwide.

However, our most relevant experience is our participation in the 2008 Western Wind Integration Study, which was one of the largest and most sophisticated integration studies ever conducted. For that project we simulated wind resources over more than 4 million square kilometers in the western United States at a 2 km spatial resolution and at 10 minute increments over a period of three years. The result included time series for over 30,0000 locations representing more than 900 GW of potential wind power generation.

Please tell us a bit about 3TIER and how you work in the alternative energy industry.

In 1999, 3TIER was founded on the idea that bringing the latest science to the renewable energy industry would close information gaps about resource variability and propel the adoption of clean energy worldwide. We are driven by the belief that our clients' financial success will propagate a sustainable future powered by renewable energy.

Today 3TIER helps the global renewable energy market manage the risk of siting and operating utility-scale wind and solar energy projects. We use advanced weather science and our proprietary technology platform to frame the risk of weather-driven variability – anywhere on Earth, across all time horizons. We offer a full suite of services that span the entire project lifecycle, from early stage site identification through energy yield assessment and on-going operational forecasting. Our track record has earned us a highly regarded reputation in the industry and propelled dramatic growth of the company.

James McCaa, PhD, has extensive experience in developing and applying numerical models of mesoscale, microscale, and turbine-level winds. Dr. McCaa has 11 years of research experience and 8 years of wind industry experience, which includes delivering 100’s of wind and solar assessments and supporting and reviewing 100’s more. His specialties include scalable computing and the parameterization of boundary layer processes. He has played a key role in developing 3TIER’s supercomputing infrastructure and its proprietary statistical correction, downscaling, and wake modeling methods. Prior to joining 3TIER, he held positions at the Applied Physics Laboratory of the University of Washington, and the National Center for Atmospheric Research. At 3TIER he has focused his efforts on practical knowledge of how to operate models to yield the most meaningful and accurate forecasts of wind energy. Dr. McCaa received his BA in Mathematics and Physics from Kalamazoo College and his PhD in Atmospheric Sciences from the University of Washington.