DC Fast Chargers can charge an EV battery in 15 - 30 minutes, depending on vehicle make, model and initial battery state-of-charge.

Efacec is the first company to receive ETL certification for the latest SAE Combo fast charging standard, which will power American and European vehicles.

What's the significance of this certification? 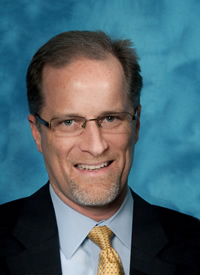 The ETL listing from Intertek certifies that the Efacec equipment is not only safe for public use, but also safe for connecting to power grids according to UL-2202 & 2231 standards.  Efacec now has DC Fast Charge equipment that is ETL listed for both the CHAdeMO and the Combined Charging System (CCS) standards.  We are in fact the first manufacturer with this honor.

What does it mean to the electric car industry?

With Efacec being the first electric vehicle (EV) charger manufacturer to obtain ETL listing for a CCS charger, we will now be able to service all DC Fast Charge capable vehicles from auto manufacturers who have adopted either the CHAdeMO or the CCS standard.  The adopters of the major standards basically fall into two camps – Japanese auto manufacturers have chosen CHAdeMO, and US and European auto manufacturers have chosen CCS with the SAE J1772 Combo connector.  For EVs currently available in the US, the Nissan LEAF and the Mitsubishi i-MiEV use the CHAdeMO connector, while the Chevrolet Spark EV will use the SAE Combo.  This will be added as an option to the Spark EV later this year.  In addition, both BMW and VW will be introducing vehicles with SAE Combo capability in the near future.  One of the nice benefits of the SAE Combo connector is that it incorporates both the Level 1/Level 2 plug along with high voltage DC pins all in one connector.  This means only one charging port on the vehicle instead of two.

Can you tell us a bit about DC Fast Charge technology – how it works and how it’s different?

DC Fast Charging is very different from the more well-known Level 1 & Level 2 AC charging stations.  With Level 1 & 2, they actually utilize an on-board charge on the vehicle to convert the AC power (120 VAC, 1 ph or 240 VAC, 1 ph) to DC voltage for charging the battery.  Typically the on-board charger has a power output around 6.6 kW, which charges the EV battery in up to 4 hours, depending on the vehicle and the initial state-of-charge of the battery at the beginning of the charging session.

A DC Fast Charger is an off-board charger that typically has a power output of 50 kW.  These chargers utilize either 208 v, 3ph or 480 v, 3 ph AC power, and then convert that to a maximum of 400 VDC @ 125 Amps.  The DC voltage is fed straight to the EV battery, bypassing the on-board charger, via a completely separate wiring circuit in the vehicle.  The vehicle must be designed to accept a DC Fast Charge.  This is not something that can be added as an aftermarket feature.

Another big difference with DC Fast Charging is that the EV actually controls the charging session.  When the charger is connected to the vehicle, a communication link between the two is established.  Through this communication link, the vehicle tells the charger how much current it needs to charge its battery.  This determination is based on criteria such as battery temperature and battery state-of-charge.  With the Nissan LEAF, the vehicle automatically ends the charging session when the battery reaches approx. 80%.  The Chevy Spark EV on the other hand will allow the DC Fast Charger to charge the battery to 100%.

So, how fast will a consumer be able to charge his electric car with this technology and how does that work?

DC Fast Chargers can charge an EV battery in 15 – 30 minutes, depending on vehicle make, model and initial battery state-of-charge.

Who decides the validity of the charging standard and as technology evolves, how does it keep up?

Currently, there are two main standards for DC Fast Charging – CHAdeMO for Japanese vehicles and CCS for US and European vehicles.  Tesla has developed a third standard, but it is proprietary to their vehicles and is not compatible with any other auto manufacturer.  The emergence of the CCS standard has been completely driven by the US and European auto manufacturers, along with the Society of Automotive Engineers (SAE).  On the EVSE side, we as manufacturers have been forced to keep up with the different standards through development and testing of new vehicles as they are rolled out.  I believe we are at the end of new standards being developed.  Even though there are two competing standards in the industry at the moment, it seems like the auto manufactures have all made their decision as to which standard they support.

Is this charging standard widely supported in the auto industry?

I think having cars available that support DC Fast Charging will make electric vehicles desirable.  America is all about “how fast can we get it”, and I believe that once the public realizes EVs are more affordable to operate than gasoline cars and they can also “fill up” their EV in a short amount of time without disrupting their daily routine, people will begin migrating more quickly to EVs as their normal mode of transportation.  In addition, having DC Fast Charge stations located at convenient intervals along major highways will not only increase the distance EV drivers are able to travel away from their home base of charging stations within their local community, but it will also show the drivers of gasoline powered vehicles that EVs are a very viable alternative for the majority of their transportation needs.

Where do you see the industry in 5 or 10 years?

That is an extremely difficult question.  Just in the past three years, this industry has transformed and evolved in ways that most industry analysts did not foresee.  In some ways the predictions were way off base as far as the overall adoption rate of EVs across the country.  However, the good news is that the sales and adoption rates are moving in the right direction.  Auto manufacturers are reporting record sales of EVs in 2013.  I think it is only a matter of time before 100% EVs are a common site on roads all around the country as opposed to them being something you may see once in a while.  I know in Atlanta, I am seeing LEAFs multiple times on a daily basis, compared to this time last year when sightings were maybe a few times a month.  As far as where this industry will be in 5 to 10 years, I think we will just have to wait and see.  With the rate at which it is currently changing, I definitely believe the next few years in the EV industry will be exciting to say the least.

Mike Anderson is Sales Manager for the Electric Vehicle (EV) Charger Division of Efacec USA in Norcross, GA.  Efacec USA’s vehicle charging technology in the U.S. consists of a DC Fast Charge station that converts 480 VAC, 3 phase electrical power into 400 VDC , which allows EV drivers to charge their vehicle in 15 – 30 minutes.  Mike was previously Director of Manufacturing for EV Chargers.  Efacec began manufacturing EV Chargers in November of 2011, and have thus far installed a total of 27 DC Fast Charge stations in the U.S., with 26 in and around the city of Chicago, IL, and one more in Palo Alto, CA.  Additional charging stations have been completed in Norcross and are destined for a nationwide deployment of DC Fast Chargers.

Prior to joining Efacec USA in January of 2010, Mr. Anderson was an entrepreneur and small-business owner with a custom manufacturing business.  He has a BS in Management from the Georgia Institute of Technology.