There is no doubt that PV is becoming a primary source of energy but only when integrated with long duration energy storage.

Last month I was a keynote speaker at the Renewable Energy and Mining Summit in Toronto. Given the quality and quantity of mining executives in attendance, I expected  the mining industry with its heavy reliance on the remote delivery of a tremendous amount of power, was educated on renewable energy generation and energy storage. I was mistaken. While the mining industry is moving forward with alternative energy generation, it isn’t very educated on energy storage.  But the good news is the EPCs and photovoltaic (PV) developers servicing the mining industry clearly “get it” and swamped the American Vanadium booth after my presentation. 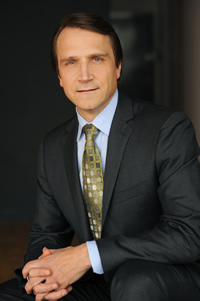 IMS Research reports that the market for solar generated energy storage will climb from approximately $200 million last year to $19 billion by 2017.  It is widely acknowledged, however, that the intermittency of solar energy makes it unreliable as a primary source of power.  Yet, the penetration of the PV on the grid continues to increase, multiplying the challenges.

This all is a result of conscious decisions - not simply choices to generate energy from renewable sources - but decisions to eliminate some current sources of energy generation. The States of New York and California, two of the biggest energy consumers in the world, are working to take their nuclear plants off line and to reduce/eliminate energy generation from coal and oil.  This monumental shift requires a significant amount of renewable energy generation – which in turn requires tremendous amounts of energy storage to deliver the 24 – 7 reliability demanded of the utilities and their customers.

“As solar deployment increases, the Solar Energy Industries Association (SEIA), the national trade association for the solar energy industry, is focused on accelerating renewable energy generation without sacrificing reliability,” writes Rhone Resch, President and CEO, SEIA.  “Energy professionals, business leaders, policymakers — and the public — view storage as a crucial technology that complements solar. Advancing energy storage is vital to our mission of ensuring that renewables become an increasingly mainstream source of our world’s power supply. Solar professionals are excited about tremendous innovations in this realm.”

Long duration and intelligent energy storage solves the intermittency challenges of PV by absorbing the excess generation and dispatching it when required.  With the right technology, solar energy can be stored during the middle of the day and shifted for use whenever it is needed.  In remote microgrid and island grid systems, PV energy generation combined with energy storage can become the primary source of power, relegating diesel generators to a back-up role and resulting in an energy ecosystem that is more reliable, sustainable and affordable.

I recently spoke with CNBC.com’s Mark Koba and discussed how “for those looking beyond generators, there’s the vanadium flow battery.”  Vanadium is a metal and steel strengthener and vanadium redox flow batteries can recharge electric vehicles, store wind and solar power for electric power grids, and set up micro grids where main power sources fail to reach in commercial, industrial and military applications. 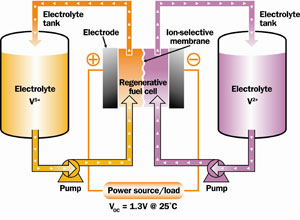 Clean, sustainable energy is of vital importance to America’s economic and environmental future.  There is no doubt that PV is becoming a primary source of energy but only when integrated with long duration energy storage.  Large-scale and affordable energy storage is required to develop the dependability, resiliency, and productivity of next-generation power grids. Energy storage empowers the storage and dispatch of electricity generated by renewable energy sources including solar and wind power.