In total, the site connected 5 systems to 5 meters in order to generate over 85% of the net energy needed by the course.

In 2012, the Bay View golf course decided to start producing its own energy through solar. On five separate facilities with five separate metering systems, they accomplished this task generating around 85% of their total energy through a SolarEdge enabled, optimized PV system. 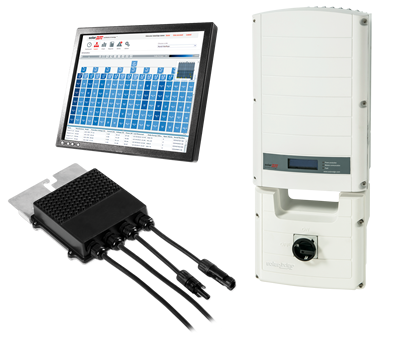 HEC designers evaluated both central inverters and module level electronics for the installation. They initially decided
upon micro inverters due to the multi-faceted design of the installation, moderate shade concerns and difficulty in
utilizing all of the rooftop area. However, they soon learned about a new technology that might be able to help them
improve the design and strengthen the economics of the project even further.

HEC Designers assessed the newly launched SolarEdge commercial SE20k inverters and discovered that they could
accomplish a similar design to micro inverters but at a lower cost and with increased energy production. “SolarEdge SE20k inverters provide native 480Vac support, and do not require transformers that come with additional
cost and additional power losses,” said Josh Mason,

Furthermore, the economics of SolarEdge on a large project were better due to Balance of Systems savings and a lower head to head charge for the inverters.

HEC were able to use more than 90% of the South East and South West facing rooftop surface to deliver an unparalleled solution to the customer.

In total, the site connected 5 systems to 5 meters in order to generate over 85% of the net energy needed by the course.