Regenedyne has invented a magnetic levitation system, that when combined with the advanced aeronautics, eliminates the wobble issue and allows for a smooth, near frictionless, rotation.

Change is in the Air 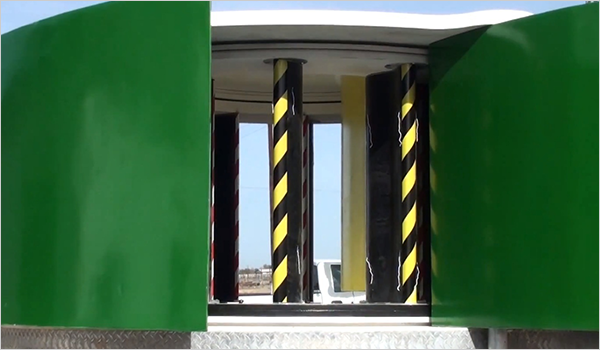 And the maglev wind turbine is just the tip of the iceberg at Regenedyne: we're committed to creating new, innovative solutions that will revolutionize the way the world thinks about and implements renewable energy.

A Renewed Approach to Renewable Energy 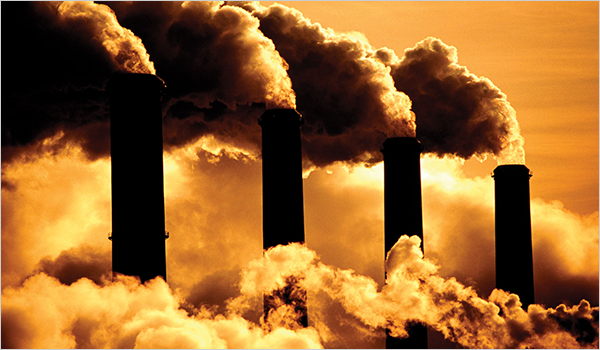 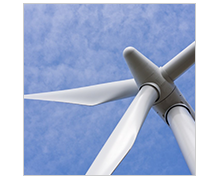 Nowhere has that struggle been more apparent than in wind energy. The turbines used to generate wind power today are built on essentially the same technology as the windmills of the Middle Ages. They’re inefficient, inconsistent, and only feasible in a narrow range of climate conditions. And that’s not to mention the noise pollution, the harmful impact on wildlife, and the eyesore on the visual landscape. 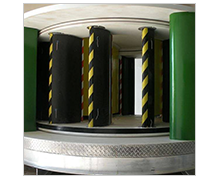 Regenedyne is determined to change this reputation. Our wind turbine technology is 100% more effectivethan existing wind turbines (or double), getting more than twice as much power per square foot as even our most advanced competitor, and doing so at alevelized cost of energy (LCOE) that is less than half the industry average.

Over the next several years, Regenedyne’s technology will be delivering renewable, environmentally friendly power around the world the same way today’s natural gas, coal-burning and nuclear power plants do: consistently, reliably and cost-effectively.

Not Your Average Windmill

The Regenedyne technology is built on 2 key innovations that, taken together, create a game-changing approach to renewable power generation. 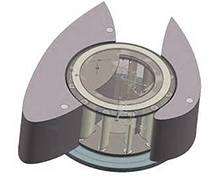 The first of these innovations involves the mechanism by which the wind is harnessed, by compression rather than deflection, to cause rotation. Wind energy is generated when air moves across a turbine, causing rotation which, in turn, creates the power. Traditional, windmill-style turbines rotate around a horizontal axis, resulting in untold power loss as air slips between the propellers or off the edges of the blade and is lost in conversion through a series of gearbox step-ups and step-downs, torque management and shaft differentials.

Regenedyne turbines, on the other hand, rotate around a vertical axis, and are designed to capture nearly 100% of the air that compresses through the unit, converting nearly all of it into usable power.  Simple and elegant.

The second of these innovations involves the magnetic levitation mechanism and how it has been used to solve an historic issue with vertically rotating bodies.  If you have ever spun a top on its end, you will notice that, eventually, it will fall over.  This is true of any body spinning on a point (or shaft) at some point when the rotation speed slows.

Regenedyne has invented a magnetic levitation system, that when combined with the advanced aeronautics, eliminates the wobble issue and allows for a smooth, near frictionless, rotation.  This innovation is an essential component of the elevated efficiency numbers Regenedyne has achieved.

When we say Regenedyne’s wind turbine completely overturns wind energy technology, we mean that literally as well as figuratively. The difference between traditional wind turbines and Regenedyne’s model is a lot like the difference between airplane propellers and jet engines.  Airplanes traded propellers for jet engines decades ago — isn’t it about time power generation did the same? 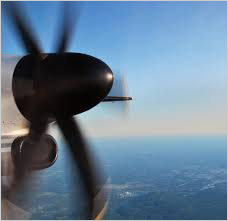 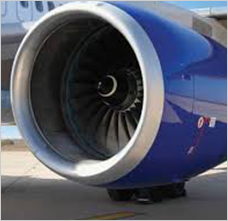 At the heart of Regenedyne's technology is our unconventional use of magnetics in the power generation aspect of the product.

Magnetic levitation, or maglev, has been used for decades in shipping and in rail transportation, to elevate large objects, such as planes or tranes, eliminating wheels and axles and allowing for smoother, faster, less repair-intensive operations.

Regenedyne draws on maglev technology to elevate the turbines, allowing the turbine to spin freely and smoothly, which assists in maximizing power output.  Then, the magnetic power generation system is engineered to capture the magnetic fields generated during rotation, in a highly efficient design created with Everson Tesla & General Atomics.  This patented design achieves remarkable efficiencies and capacity factors previously not experienced in wind.  As an additional benefit, there are no mechanical linkages or gears to wear out and replace, making maglev turbines a dramatically lower-cost maintenance option than other, traditional wind turbines.

Regenedyne's technology has the potential to revolutionize not just how energy is produced, but where it's produced. 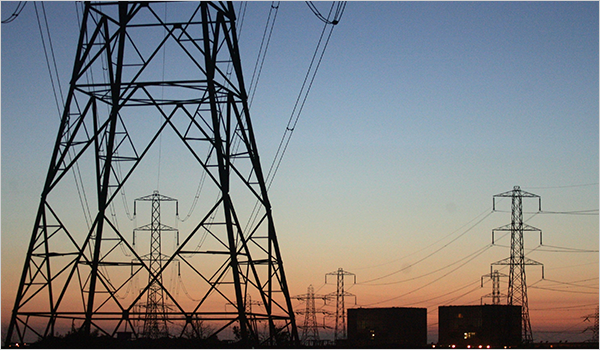 Traditionally, power has been produced remotely, and then distributed from a centralized location to the places that need it. The transmission of power from place to place has been causing headaches and logistical nightmares for decades. Regenedyne's technology makes it possible to generate power on site, whether that's on top of a skyscraper in New York City or on a remote island in the middle of the Pacific. 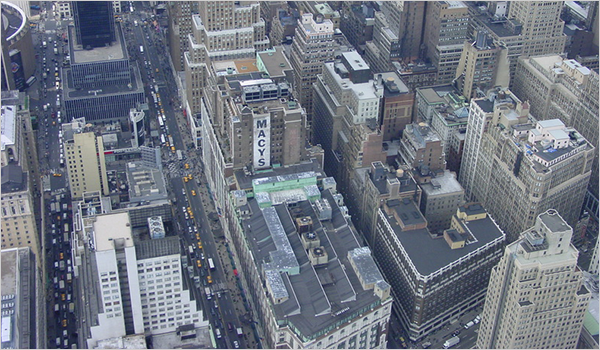 Regenedyne’s technology also has the ability to go where no other wind turbine has gone before, or frankly, has even tried to go before.  Consider, for example, the coast of Chile: there are 30+ mile-per-hour winds blowing all day, every day, representing massive amounts of energy.  If you installed a traditional wind turbine in those conditions, it would fail, or terminate operation almost immediately.  Not only can Regenedyne's technology withstand those high-intensity winds — it canharvest them to create power for villages and cities all along the Chilean coast and into the continent.

With that level of versatility and flexibility, the Regenedyne power solution has the potential to make renewable energy accessible and affordable in even the most remote, underserved parts of the globe.  While we believe that no one answer can solve all problems, we are also confident that the issues facing wind today are indeed more of a design issue that an operational issue.  Regenedyne is setting out to change that mindset.  We hope to change the industry in the process.

Regenedyne is currently in the product validation stage. Soon, we’ll be ready to bring our revolutionary wind turbines to the market and start transforming power generation for the better on a global scale.

The first prototype Regenedyne 210 kW turbine was completed in 2010 and tested over a period of 18 months, with results that far exceeded expectations. We have already received more than 200 inquiries from buyers interested in purchasing Regenedyne generators once they hit the market.

Our innovations are protected by 3 patents, with another 9 filed and pending. 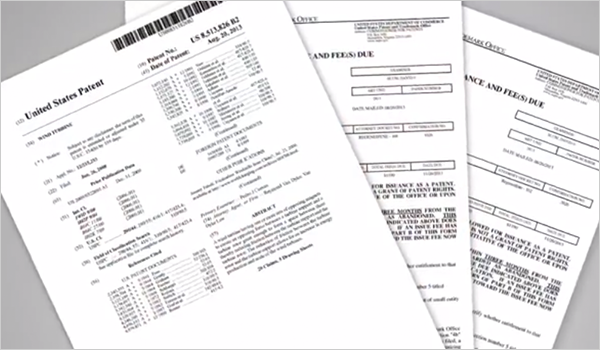 We have five-year contracts with Everson Tesla Inc. and General Atomics to supply the components for the Regenedyne turbines, as well as a very recently signed Joint Venture with a group in Singapore for distributing our products in the Asian market.

Next up from Regenedyne: a combined generator system that includes battery storage, allowing end users to access power even when the system is not able to generate it — the most comprehensive renewable power solution yet, and one that we believe has the potential to replace any deisel generator, anywhere.

As we prepare to take Regenedyne to the next level, we recently launched a profile on Fundable, the largest crowdfunding platform for startups and small businesses.

For more information about our company, you can visit our profile here:  www.fundable.com/regenedyne

To view a video about this technology visit https://vimeo.com/87902566 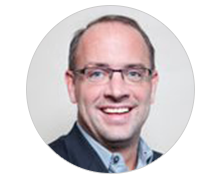 Chris’s background and expertise are primarily in Alternative Energy and Investment Banking. He has held the Series 7, 24, & 63 licenses, LEED GA Certification, and an MBA and a BA from the University of Virginia. Chris’s experience in the investment and private equity industry spans 21 years and includes serving as a Vice President in the Institutional Municipal Securities Department of Smith Barney, Vice President in Investment Banking at Morgan Stanley, Director of the Financial Group for IBEAM Broadcasting, Vice President & Head of Municipal Derivatives of Chapdelaine & Co., and as Principal of Texas Securities Partners, Inc.

Chris attended the University of Virginia, where he studied Aerospace Engineering and earned a Bachelor Degree in Liberal Arts.  He spent his first 7 years of his career at Smith Barney in New York City managing a billion dollar bond portfolio.  After 7 years in Manhattan, he returned to Virginia where he completed a Masters in Business Administration from the University of Virginia Darden School of Business Administration.  He then returned to Manhattan as part of the Mergers & Acquisitions team at Morgan Stanley for four years. A few of the marquee deals to his name include: $3.0 Billion acquisition financing for Raytheon in the purchase of Hughes Electronics & a division of Texas Instruments; The Delphi IPO, a “spin-off” from General Motors Corporation; the Recapitalization of the $12 Billion RJR-Nabisco mega-merger from the late 1980s.

Chris' renewable/sustainability expertise comes from his involvement in some key, power-specific sectors beginning in 2006.  He funded and guided to market several groundbreaking technologies, including Natural Citrus Products, Inc. (a cellulosic ethanol/pectin pummus company which has tripled in size with 3 active plants), and The Perfectly Green Corporation (now into the mass manufacturing stage of onsite power plants).  He serves on the Boards of several former portfolio holdings and has served on the Board of the International Biofuels Association.  He is a member of the Sustainable Technologies Committee for the Dallas Regional Chamber of Commerce and has been a featured speaker for the American Wind Energy Association in the U.S. and the Wind Energy Update based in London, England. Chris is actively involved in ministry as a Deacon and is an avid runner.