Tires may seem to be an unlikely eco-product. But, according to a new market report from Smithers Rapra, the global market for "green tires" will reach $70.6 billion by 2017 or 28% of the total tire market. 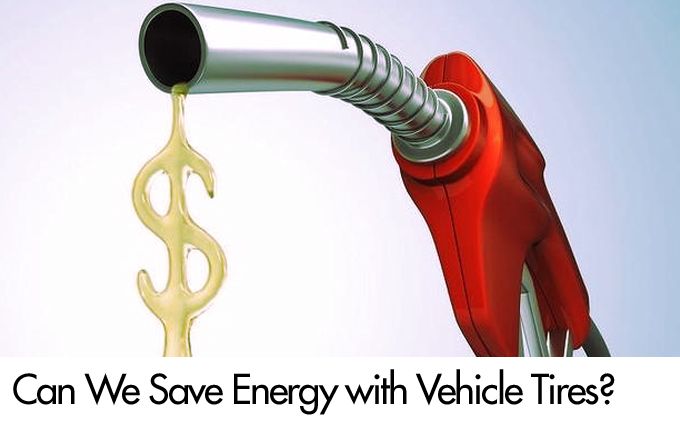 One of the things that we would not expect to be energy efficient is vehicle tires. Yet, fuel efficiency and tires actually go hand-in-hand. The demand for increased fuel efficiency in vehicles has been met not only by auto manufacturers, but also the tire manufacturers. Because of advancements in tire performance, drivers can get more mileage out of every tank of gas and shrink their fuel budget.

It's smart to keep that in mind, especially since we have no idea where gas prices will be in the future. In terms of fuel efficiency and tires, each tire is manufactured and tested to roll in a very specific way across a road surface. In order for that tire to roll, exactly as intended to achieve maximum efficiency and optimal tire performance, it's necessary for tires to be properly inflated. Variables such as over-inflation or under-inflation cause tires to be less fuel efficient.

When a tire rolls across the road, creating resistance, many variables come into play. Other types of resistance also occur regardless of the size of the tire's footprint. These are based on various tread designs and their interactions with the road surface. The science behind low rolling resistance tires is quite exciting. Approximately 5–15% of the fuel consumed by a typical car is used to overcome roll resistance.

As the wheels turn to move the vehicle forward, the tires change their shape in order to make and maintain contact with the road. The section where the tire meets the road is called the contact patch. All of the forces needed for acceleration, braking and cornering are transmitted through this contact patch. As the tire makes contact with the road, heat is generated, and energy is consumed and is called rolling resistance. Tires having a low rolling resistance require less energy to deform into the contact patch, reducing energy loss.

The challenge here is to have the tire flex just enough to meet the road while minimizing internal friction and wear. Tire makers have been experimenting with compounds, such as styrene-polybutadiene rubber and neodymium-polybutadiene rubber, along with silica to reduce the rolling resistance. Construction and materials are important, but tire pressure, vehicle weight and speed all play a role.

Rolling resistance has traditionally been measured through an official Society of Automotive Engineers (SAE) test procedure known as J1269. It measures the force required to roll a tire against a dynamometer at a fixed speed of 50 miles per hour. A rolling resistance differential of 20 to 30% is not uncommon among tires of similar size, type, and performance. Tire choice can have a larger impact on fuel economy than most people realize with an efficiency difference of up to 60%.

Tires may seem to be an unlikely eco-product. But, according to a new market report from Smithers Rapra, the global market for "green tires" will reach $70.6 billion by 2017 or 28% of the total tire market. Up until now, the growth in green tire production has resulted from governmental pressures, raw material shortages and price volatility, with consumer demand playing a very minor role. This is largely due to a lack of awareness of the green tire technologies, such as the low rolling resistance tire technology, but in time green tires should be standard fare.

To get the most out of your tires be sure to keep your tires properly inflated. Check the label on the driver's doorjamb for the correct pressure. The pressure should be checked at least once a month when the tires are cool. If the tires’ air pressure is too low, the tires won’t perform as they are designed.

There isn't any magic that can dramatically increase mileage overnight. Other ways to improve mileage is to drive slower, as the slower you go, the better fuel economy you have, so try to stick to the speed limit and your fuel economy will improve. Accelerating rapidly will use up more gas than if you were to slowly accelerate up to speed, and use the cruise control to help maintain a constant speed. Using the correct weight of oil in your car will cut down on engine friction, and this could account for at least as much in fuel-efficiency gains as the tires.

If you are satisfied with the tires that came with the car when it was new, consider replacing them with an identical set. Low rolling resistance is a common trait of original-equipment tires.