You can download Principal Solar's White Paper "The Road To Change: Electric Vehicles Power the Future for Everyone" here.

What does solar have to do with electric vehicles (EVs)?

The U.S. Energy Information Administration tells us that personal vehicles and light trucks consume over 25 percent of energy from all sources, including nuclear, fossil and renewable. Presently, solar only accounts for a small but viable part of our national energy production. Once connected to the grid, there is no way to distinguish solar electricity from that of the other sources. But I believe that the economics of EVs will eventually take more market share away from gasoline in the transportation sector.

Doesn't most electricity come from coal-fired power plants, which is a dirtier industry than gasoline?

It is true, most of our electricity comes from coal and other fossil fuels, and that will likely continue for years to come. I see the move to electric-powered transportation as more of an evolutionary transition rather than a revolutionary one. More renewable energy capacity is coming on-line each year in the U.S., and for many reasons. My company, Principal Solar Inc., is just one of several companies that see the opportunity of harvesting the planet’s most abundant and widely distributed energy source, and providing it to consumers as electricity at a competitive price.

If even ten percent of drivers move to EVs, won't we run out of the raw materials used in lithium-ion batteries?

Ten percent EV penetration is no problem. Worldwide, there are about a billion cars and light trucks on the road. It would take about one quarter of the world’s known lithium reserves to replace all of these vehicles with EV. Also, I feel confident that as the number of expired batteries grows, we will meet the challenges of recycling lithium.

Are there other battery technologies in the wings that could replace or compete with lithium-ion?

Many people are working on new batteries and other ways to store electricity for EV because they see the tremendous growth opportunities. Only time will tell if any technological breakthroughs will make it to commercialization.

How can middle class and low-income people afford EVs?

Luxury EVs get a lot of attention, but there are a growing number of entrants in the commuter-car market. Economy of scale and production line maturity will quickly drive these cars down to the price point to match similar gasoline-powered vehicles. Additionally, the used vehicle supply will take several years to develop, but that will eventually serve some of the lower income market.

What is your opinion of EV subsidies, e.g. industrial grants, cash rebates to car buyers, and being allowed to drive in carpool lanes?

Subsidies and incentives have played a major role in many of the businesses that have become mainstays of our economy. The subsidies will eventually end, and a robust EV industry will flourish, providing opportunities for all types of workers and convenience for consumers.

On an energy cost basis, are EVs less expensive to operate, now that the price of oil is low?

Yes, if you figure 25 miles per gallon with $2 of gasoline equates to about seven cents per mile. A commuter-class EV gets about a quarter mile per kilowatt hour, and at twelve cents per kWh that comes to about three cents per mile. The savings would be $480 per year for a 12,000 mile commuter. But then, how long will gasoline only be two dollars per gallon?

What advantages will consumers realize when they choose EVs over traditional gasoline-power cars?

Cost and convenience. Their energy cost will go from over seven cents per mile to about three. Besides that, the average commuter stops for gasoline over forty times per year, waits for three or four oil changes, and has to have their emissions checked. Compare that with the convenience of just plugging in your car, essentially the same way you plug in your cell phone each night.

The limited range of EVs seems to deter some people from making the switch. Will this change?

First, I’m not convinced that the range is as limiting as some people think. A commuter-class car will get 80-90 miles per charge. Air-conditioning, heating and lights may reduce these numbers a little, but I think that is a good fit for the majority of commuters. A five-day commuter with 70 miles round trip would have an annual drive of almost 17,000 miles per year. That is far above the average, I believe. Additionally, employers may begin to offer outlets for their employees to top-off at work. This would be a great benefit, and as soon as some offer it, others will follow.

I do realize there is a problem with the scenario where people use their commuter vehicle for long trips. The 85-mile EV won’t work for that. Some luxury EVs now offer around 270 miles per charge. That’s about four and a half hours of highway driving. This is okay for some, but not enough for others. Some of these longer–range vehicles will be able to take an additional 125 miles of energy in half an hour at special high-powered charging stations, but we will need advancements in battery technology in order to reach those really long 10-12 hour treks that some people may take once or twice a year. 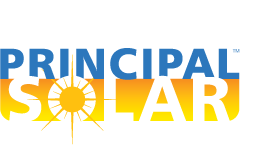