Support for new renewable energy resources will have the greatest impact on our energy by driving demand for improvements in alternative energy that will deliver health and environmental benefits, and will help change the way our electricity is produced. 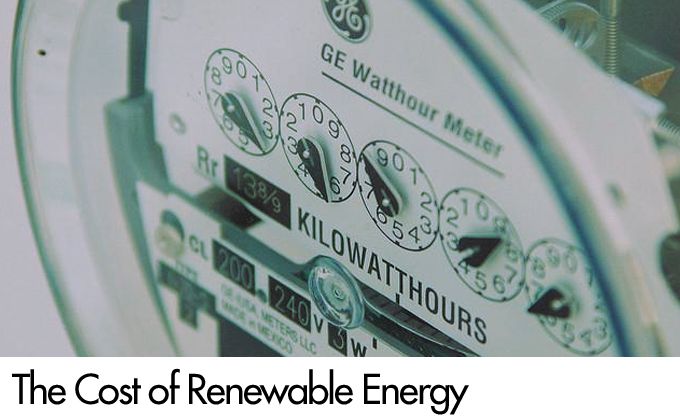 Unlike the fossil fuels that we use today, renewable energy resources are replenished naturally and will never be exhausted. Renewable energy has a much lower environmental impact than that of conventional fuels making this energy "green."  Although we are producing more home-grown energy, we are still importing energy from countries that do not particularly like us. Therefore, it is smart for the United States to develop alternative sources of energy.

While we see massive solar arrays and acres of windmills providing commercial energy to the utilities, these same technologies can be used for our homes. Renewable energy comes from various natural processes, such as the sun's electromagnetic radiation, wind, the earth's internal heat and the flow of water.

Sunlight can be converted to heat, electricity or chemical energy. Wind can be harvested with wind turbines that spin the shaft of electric generators. Since the earth has a constant temperature, we can heat and cool our homes, using underground conversion systems. In some cases, flowing water can be tapped to produce electricity. Organic materials, such as biomass, can be used to produce electricity and even liquid transportation fuels. Even nuclear power is a renewable source on a large scale. Nuclear fission in breeder reactors creates more fissile isotopes than it consumes.

While renewable energy is inexhaustible and environmentally friendly, it has another important advantage. By integrating small power generators into the grid, they reduce the impact of blackouts, which are caused by centralized equipment failures. While renewable energy has many positives going for it, there are some disadvantages, such as availability. Renewable resources are not always available where needed. In the far north, solar will not work when the sun does not shine for months on end. If the wind doesn't move, windmills become very large lawn ornaments.

The following table compares the US average electricity cost in dollars per kilowatt-hour for both non-renewable and alternative fuels in new power plants, based on US EIA statistics and analysis from the Annual Energy Outlook for 2014. The numbers for each source are given for a different capacity factor, which complicates direct comparison.

As utility costs are ever increasing, we have real options to take home energy matters into our own hands with "green" systems that can pay for themselves in as little as a few years. Choosing the do-it-yourself route can offer the freedom of going partially or totally off the grid. And, if the energy generated exceeds your actual usage, you can sell the excess energy to the utility company.

Should you want to use the sun; the economics of a small photovoltaic system depends on the cost of designing and installing the system, and the expense of maintaining and operating the system between 25 to 30 years. Other factors are: the amount of sun that you get, your power usage, and the size of your solar system.

The average household uses 11,000 kilowatt-hours a year. If you only want to get 50% of your energy from the sun, you will need a 7.76 kW power system, which will cost about $30,000 to $50,000. If you want an estimate for your area, go to FindSolar.com. An online calculator sponsored by the U.S. Department of Energy, the American Solar Energy Society, and the Solar Electric Power Association will help you to figure your costs. Assuming a property value appreciation of $14,000 to $27,000, as well as average annual utility savings of $1,000 to $2,000, you can potentially recoup your investment in three to 14 years.

If you have good wind movement in your area, a small wind-energy system is less expensive than solar. A 10 kW system will run around $40,000. A windmill has few moving parts and doesn't require much maintenance. Such a system will reduce your electric bill 50 - 90%. Use the MyWattsEstimator to find out if wind power is a potential in your area. If the wind is right in your area, you should be able to pay off a wind turbine in about fifteen years. Because wind turbines are tall structures, you might need a conditional-use permit, zoning variance, or structural plan drafted by an engineer before you start construction.

If you have a stream on your property, a small hydroelectric system might be a good alternative, as they have little environmental impact because no large dams or reservoirs are needed.

This might be the most cost-effective way to generate renewable energy. The downside is that a hydroelectric system requires very specific conditions, such as at least 2 gallons per minute of flowing water, and a decent amount of drop. You will also need a small shed to protect the water turbine from the weather. Many hydroelectric systems can generate 75 - 350 kW per month and they run 24/7 as long as the water is moving. A hydroelectric system supplies 10 to 100 times more power than photovoltaic panels or wind turbines for the same amount of capital invested. Depending on where the system is located, the average cost will run from about a few thousand dollars upwards to $10,000 for a really large system. The break-even point could be as little as a couple of years.

A geothermal heat pump system costs roughly $2,500 per ton of capacity, according to the California Energy Commission, so an average-size home using a 3-ton unit would end up paying around $7,500. You will also have to figure the cost to bury the system. The drilling costs can run from $10,000 - $30,000. While a geothermal system costs more than a conventional oil or natural gas system, the cost of running heat pumps is actually 30 to 40% less than a conventional system, saving enough on reduced heating and cooling bills to break even in two to 10 years.

No matter which method of energy savings you select, you will certainly have to do your homework to make sure that your system of choice will handle your energy needs while saving you money. Although it is valuable to support existing renewable facilities in use by the utilities, you can make a difference by adding more renewable energy resources to their system. Support for new renewable energy resources will have the greatest impact on our energy by driving demand for improvements in alternative energy that will deliver health and environmental benefits, and will help change the way our electricity is produced.