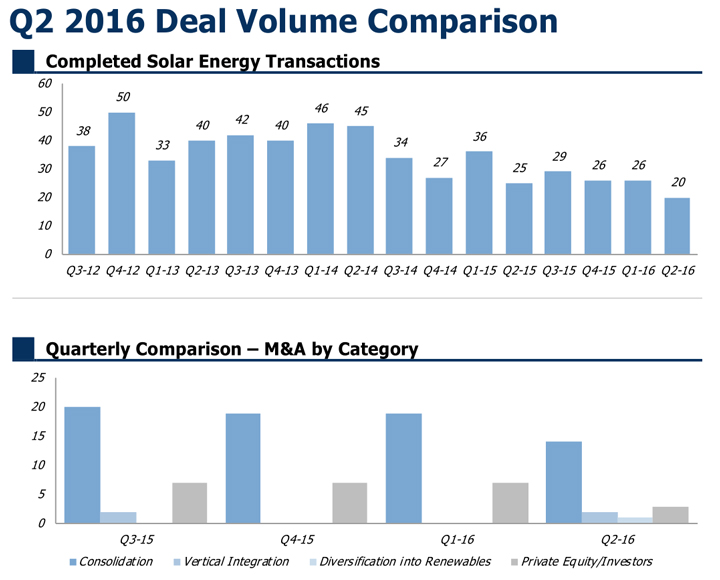 Consolidation for producers of solar power continued to be the primary source of deal activity, in addition to continued volume from the private equity/investors category. 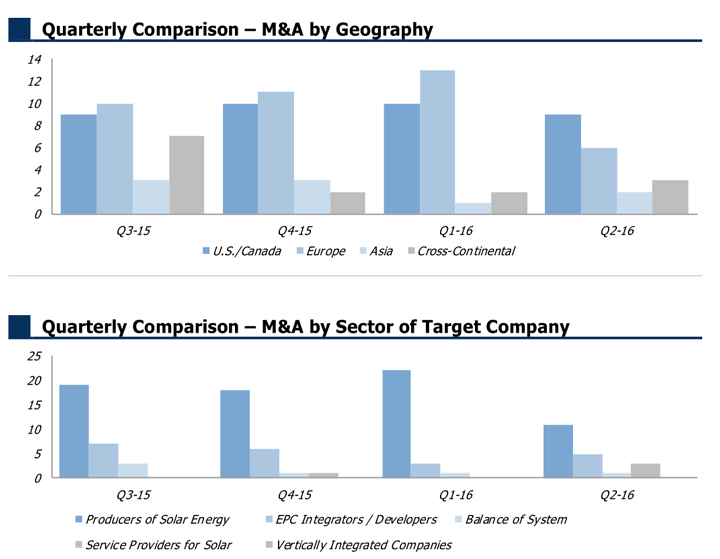 The majority of sectors within the solar energy industry are exhibiting stronger bottom line margins, as solar companies are benefitting from continued decreases in balance of system costs, industry consolidation and continued growth for solar in certain geographies. Additionally, the vertically integrated models are continuing to show benefits with consistent margin improvement.

The three graphs on the following page provide an overview of gross margin, operating income margin, and EBITDA margin performance from 2005 through today. Each graph shows the margin performance by sector within the solar energy industry. 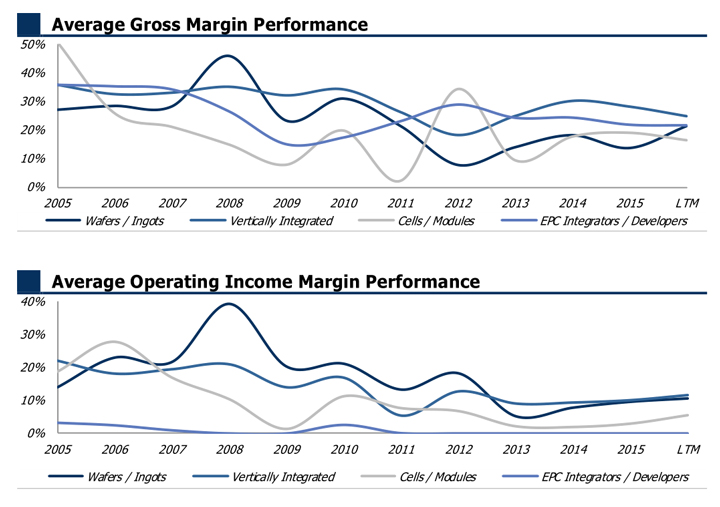 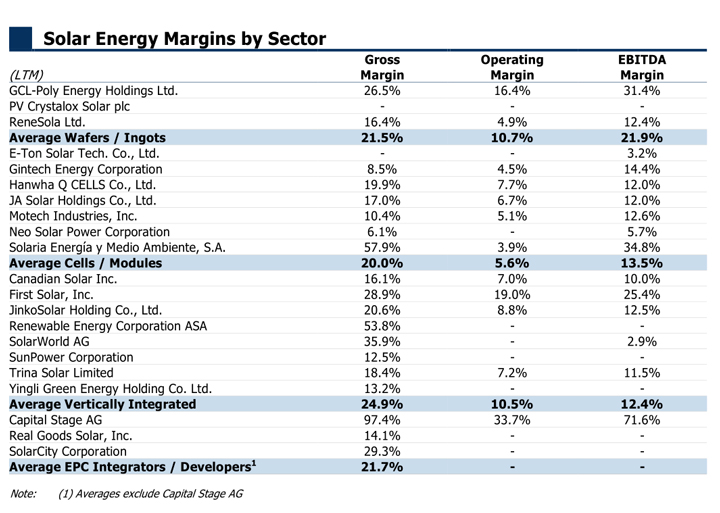