The CTS reactor creates a mechanochemical reaction within minutes and breaks down the cellulose to its base components of C5 and C6 sugars and Lignin. The sugars can then be fermented to create biofuels, fine chemicals, or a number of other items including pharmaceuticals, carbon fiber nanotubes, construction products, and nutraceuticals to name a few.

Give us a basic background about Alliance BioEnergy and what your company does?

Alliance BioEnergy +, Inc. is a publicly traded company focusing on the commercialization and licensing of a patented cellulose conversion technology that it controls through a master license agreement with the University of Central Florida, via its affiliate Carbolosic, LLC. The company’s patented cellulose to sugar (CTS) technology is the only known patented, dry mechanical process that can convert virtually any cellulose material into sugars and other products in a matter of minutes with no liquid acids, and no applied heat, pressure or hazardous materials of any kind. The CTS process is particularly beneficial for ethanol production as it is clean, less expensive to build and operate than traditional ethanol plants or other cellulose ethanol technologies, and is completely environmentally friendly with virtually no carbon footprint due to its reuse of organic waste for energy generation. Alliance BioEnergy created wholly owned subsidiary Alliance Bio-Products to acquire, retrofit and operate a cellulosic ethanol plant using the CTS process.

The CTS process is a simple mechanical process which combines waste biomass material including wood, paper, agricultural, and yard waste with a proprietary catalyst in our patented CTS reactor. The CTS reactor creates a mechanochemical reaction within minutes and breaks down the cellulose to its base components of C5 and C6 sugars and Lignin. The sugars can then be fermented to create biofuels, fine chemicals, or a number of other items including pharmaceuticals, carbon fiber nanotubes, construction products, and nutraceuticals to name a few.

How does your CTS cellulosic ethanol production differ from production with corn-based ethanol?

Traditional ethanol in the U.S is made by converting the starch from corn kernels with enzymes and applied heat so that it can be fermented with yeast and used in the centuries old distillation process to create alcohol.  This is a time consuming and expensive process that takes mass quantities of food grade corn out of the consumer market.  The dry-mill corn process as it is known uses large amounts of water, natural gas, and electricity and creates thousands of tons of carbon dioxide and residual fiber waste each day.  The CTS process uses waste products from agricultural residues, landscaping, lumber mills, and landfills and converts them into simple sugars through a low energy mechanical process with no enzymes, applied heat, or pressure and creates no waste product.  It does this with very little energy, consumes carbon dioxide, and creates a carbon neutral footprint while creating a fuel product that is 85% to 90% cleaner than petroleum based products.

How does the cost compare with corn-based ethanol?

Traditional corn-based ethanol is significantly more expensive than ethanol produced using Alliance Bio-Products’ CTS process. The company has done a significant amount of competitive industry research through which they’ve found that traditional corn based ethanol costs between $1.35 and $1.55 a gallon to produce depending on the cost of a bushel of corn.  Competing cellulosic ethanol’s using corn stover can cost as much as $4.00 a gallon, or more, to produce.  The Company’s CTS-produced cellulosic ethanol on the other hand is projected to bring costs down to less than $1 per gallon, which is the equivalent of $20 a barrel of oil, a price that hasn’t been seen in decades.

What are the greatest economic differences in using your CTS process to more traditional approaches?

The economics of the Company’s patented CTS process allows for production costs to be reduced and profit margins for producers and refineries to be increased. The overall capital expense (CAPEX) to build a CTS plant or to retrofit an existing ethanol plant is a fraction of other cellulosic processes and significantly lower than a traditional corn ethanol plant. In addition, the operating expenses (OPEX) are significantly lower as well because process is much more lean and cuts costs both in sugar extraction and overall ethanol production due to its ability to eliminate the need for pre-treatment, enzymes, liquid acids, applied heat, and pressures as well as many high energy drying and separating steps. Simultaneously, the ability to use different biomass feedstocks including agricultural and landscape waste, paper, wood and other materials, brings projected costs down even lower than $1 per gallon which has not previously been achieved by any ethanol producer in the nation.

Are there specific applications where CTS ethanol is more suited than other alternates?

Across the board, ethanol is generally the same whether it’s made from corn, yard clippings or other waste. It performs the same when utilized as fuel however it’s the ability to produce it from non-food sources, without using farm lands, in larger quantities at a lower cost that makes CTS ethanol more suited when compared to traditional corn-based ethanol. 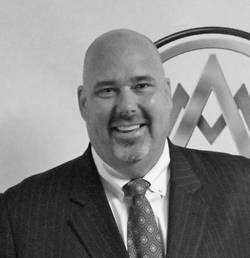 Overall, ethanol is providing a cleaner solution for fuel when compared to other fuel sources such as petroleum, and the CTS process makes production even cleaner. We expect to see the continued incorporation of ethanol into traditional fuel and as a standalone solution primarily within the aviation and transportation industry.  The racing industry, including NASCAR and Indy Car have adopted ethanol as the primary fuel source due to its high performance and extremely low greenhouse gas emission.

Are there specific geographic locations where it makes more sense to use CTS over other options?

As with any industrial process the closer a plant is located to its raw material the better economically the plant will perform. Because the CTS process is feedstock agnostic it works in a wide variety of geographical areas, unlike competing technologies and traditional corn ethanol, that are locked to the corn belt in the Midwest.  CTS is modular and can be installed on the back of a truck to reach remote locations in the jungle or on a Caribbean island, added to an existing plant to change the way that plant operates, or built from the ground up.

Alliance is working with county landfills in Florida to divert the overwhelming amount of commercial and residential yard waste to their up-and-coming facilities where that waste will be transformed into usable products including cellulosic ethanol.

There is enough green waste (landscape, ag, paper, etc.) in the municipal system throughout the country to completely replace petroleum gasoline by using the CTS process.

What plans do you have for expansion and growth in this sector over the next few years?

We believe there is significant potential for this CTS process due to its ability to achieve high profit margins through lower production costs. Our plan includes three pathways to energy independence.  First and foremost is the acquisition and retrofitting of existing biofuel plants that have been struggling or shuttered because of an inferior process.  This helps to reach the mandated cellulosic ethanol level as laid out in the Renewable Fuel Standard (RFS2) within three years.  The next step would be increasing the capacity of production to ensure more fuel can be made at a lower cost through joint ventures and upgrades to existing corn ethanol plants.  The CTS process can be easily and inexpensively added to dry mill corn plants allowing those facilities to “wean” themselves off a food feedstock and start using ag and municipal waste to increase their capacities and their bottom line through lower operating expenses and higher profit margins.  Lastly, Alliance will work with organizations around the world to license and introduce the CTS to areas that need it most - island nations looking to free themselves from oppressive third world oil dictators or remote African villages that have never had electricity or a working water pump/filtration system. The applications are endless with the modular and easy to use CTS process.