How Rural Areas Can Benefit From Renewable Energy

Jobs in less populated regions are often dependent on natural resources and manufacturing jobs, such as coal mines or automotive plants, but jobs within these specific industries are disappearing. Car companies are outsourcing their production plants while the coal industry is experiencing lower demand for coal, resulting in mine closures.

Renewable energy offers to replace those industries and supply those jobs. Families in rural areas not only gain employment and job security, but they may receive reduced heating and electric bills and a boost to their local town’s economy. No matter where you live, renewable energy offers the environmental benefit.

The benefits of renewable energy that can help revitalize and renew rural America can be divided into two sections: the environment and the local economy.

Solar and wind power, the two most common choices for businesses and residences, produce almost zero global warming emissions. Wind and solar also don’t require water, which is a major benefit for rural areas where farms are common. By not needing water, wind and solar don’t pollute water resources or drinking water.

If the U.S. generated 80 percent of its electricity from renewable sources, like wind or solar, it’d reduce its emissions by more than 80 percent. Rural areas are ideal locations to begin that large-scale energy production because they offer wide spaces of open land that could be used for energy farms while still maintaining their agricultural value.

More renewable energy jobs, as a result, are created than positions in the fossil fuel industry. In the solar energy field, which is one of the fastest growing renewable energy industries, there are more jobs than in oil, gas and coal extraction.

And the jobs available encompass all experience levels and fields of expertise, from engineering to sales and management positions. Rural areas then receive work in their primary employment fields: manufacturing and natural resources.

Wind turbines can be manufactured in smaller towns and be used for harvesting wind, a natural resource. Renewable energy is predicted to create more than 200,000 new jobs by 2025, if the 25 percent renewable energy standard is reached, according to the Union of Concerned Scientists.

That’s three times as many jobs in comparison to the jobs the fossil fuel industry would create for the same amount of generated electricity.

Solar and wind energy installations are viable options for rural towns and their residents due to their decreased costs, as well as the creation of grants, tax breaks and loans.

Wind turbine installations can take an extensive amount of time due to their size, but solar panels are quick and easy to install. Experienced technicians streamline the process and help recommend ideal solar panel types for different climates and locations. Solar panels that meet a location’s weather and climate, as well as the community’s budget, often last longer and are more efficient.

Installations typically take one to three days, depending on the size and number of panels. Most solar panels today are connected to a home’s inverter, so that power can be drawn from the power grid if necessary.

Rural towns have several options for investing in renewable power like wind energy. Many government grants, loans and tax incentives are available to encourage areas to adopt renewable energy.

Some states, such as Virginia and Maryland, offer tax incentives for installing wind or solar energy.

Wind energy cooperatives are another option for rural towns. A series of small towns in a county partner together to install wind turbines and then provide power to the community. Any excess power can potentially be sold to power companies. 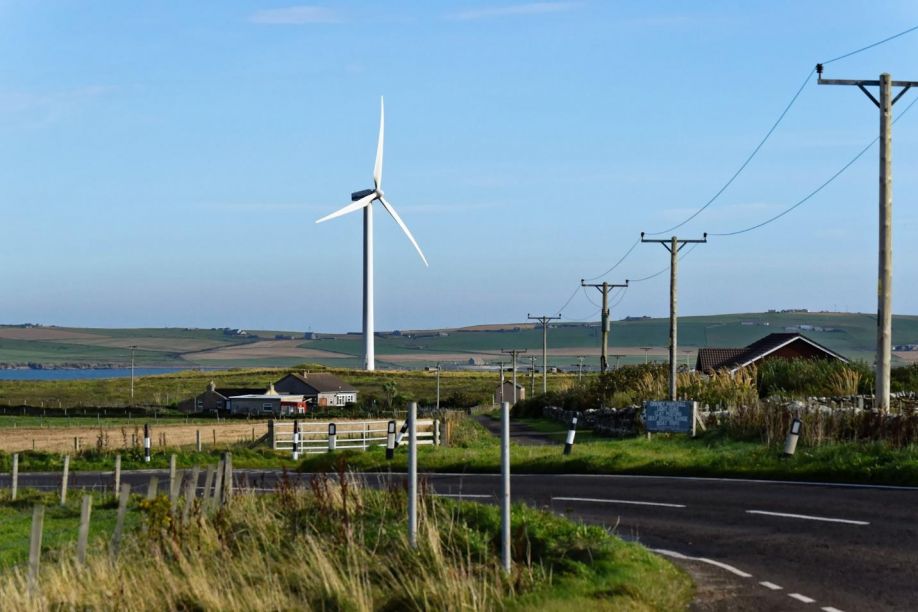 Rural areas benefit from renewable energy in several ways. It boosts their local economy, provides jobs and contributes to the growth of a power grid based on renewable energy — not fossil fuels. They’re also ideal because they have the acreage and farmland to have solar panels and wind turbines while still have the ability to farm crops or tend livestock.