Fuel Cell Adoption in the Mainstream

Hydrogen based fuel cell technology seems to be a hot topic at the moment, especially in the automotive market, what are your thoughts on this?

It’s true that the automotive industry sees great potential in fuel cells. No doubt this is the result of growing consumer concern for the environmental effect of car emissions.

In general, transport is responsible for 12% of carbon dioxide emissions in Europe and more than 20% in the USA. As a result, governments are keen to reduce these figures, putting pressure on manufacturers to invest in fossil fuel alternative technologies. Hydrogen-based fuel cells have become one way to achieve this. 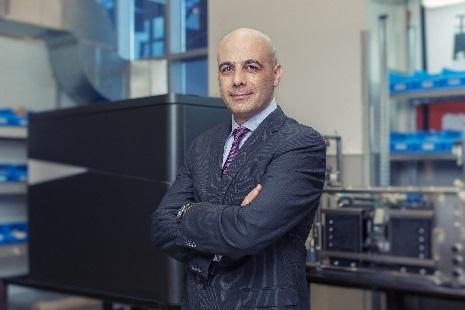 The automotive industry has certainly raised the awareness of fuel cells again, which is great, but this is not a new technology.

Fuel cells have been used in other markets, very successfully for many years now. For instance, NASA pioneered the use of Alkaline-fuel cells in its Apollo program in the 1960’s. It used fuel cells to provide critical light and heat, as well as the electricity to power other onboard equipment on each space shuttle. It chose fuel cells to achieve this as it needed extreme reliability – batteries were simply too heavy and they also couldn’t provide the necessary extended life.

Consequently, this proven space technology enhanced and validated the quality and resilience of fuel cells, for which would later be used for many other commercial applications.

If it’s not a new technology, what’s prohibited the wider adoption of fuel cells in other markets?

In the early days of fuel cell development, the promise of the technology was huge and many businesses were attracted to its many benefits. However, as scientists tried to commercialize the technology, issues with scalability and manufacturability became apparent.

As a result, early adopters didn’t receive the promised benefits and this tarnished the reputation of fuel cells as a viable alternative power. But as with most technology introductions, this same technology has since been redesigned, refined and the early issues resolved – now enabling fuel cells to compete with more conventional technologies such as diesel generators.

Fuel cell manufacturers such as ourselves are now enjoying significant success with this technology in several markets. But from a reputation perspective, we are all rebuilding market confidence in the technology, utilizing important proof points and customer endorsements to validate its success.

So, what have fuel cell manufacturers overcome to enable it to be a saleable, commercial technology?

Over the years, many companies have spent significant amounts of time and money in trying to solve the two main barriers to fuel cell use, CAPEX (Capital Expenditure) and OPEX (Operating Expenditure).

I can’t talk for others, but in our case, we worked very hard for six years to meet this challenge. We have succeeded in developing a number of patented solutions that have enabled us to reduce our CAPEX and OPEX costs, including the use of a non-platinum catalyst, as well as mechanisms for using plain air as an oxidizer and lower-cost industrial-grade hydrogen as a fuel.

One of the key factors regarding the OPEX of fuel cells is related to the cost of hydrogen. While the production costs of hydrogen have been historically lower than gasoline or methane, the current cost of distribution makes it more expensive than gasoline or methane for commercial usage. Fortunately, the increased emphasis on sustainable energy and growing demand for hydrogen has led to the deployment of new hydrogen distribution systems in Japan, California and other US states that should eventually help resolve this issue.

In addition, there are also new methods of hydrogen production that use wind, solar, geothermal and hydroelectric power to split water. The potential of the newer eco-friendly methods coupled with the new distribution channels, will help make hydrogen increasingly economical as new economies of scale are reached.

Ok, so which markets and applications are most impacted by fuel cell technology?

The possibilities for fuel cell applications are almost endless - just about anywhere you use energy - but there are already a few key markets where the technology is gaining significant adoption and maturity. These include the transport and automotive industries, industrial power generation and backup power for critical systems at utilities, telecoms and many more.

Indeed, the challenges of aging electrical grids in many parts of our very connected world, makes a steady supply of electricity imperative. For many industries, the cost of business failure outweighs the cost of a business continuity solution. This is especially true at telecom providers where the business model is pay-per-use (talk). For them, network downtime causes a complete cessation of revenue and is extremely expensive. For electricity providers and other utility companies, grid downtime is extremely expensive too - and not just to utilities. In 2015, grid failures cost an estimated USD 110 billion to the US economy.

So, are all fuel cell technologies applicable for these markets or are there specialist applications for each?

There are a wide range of fuel cells available on the market, and these are adapted to specific applications.

Each fuel cell has its distinct advantages. For instance, the technology most used in the auto/transport industry is PEM (Polymer Electrolyte Membrane) - a low-temperature fuel cell operating between 80-100 degrees Celsius. Thanks to their small size and light weight, PEM fuel cells are currently the first-choice energy source for a range of materials handling and plant hire applications such as forklifts trucks, portable lighting rigs and more.

Others, like molten carbonate and solid oxide fuel cells, operate at 650 and 1000 degrees respectively and are used mainly for constant power in large utility applications.

GenCell uses alkaline fuel cell (AFC) technology, another low-temperature type of fuel cell. Alkaline fuel cells are extremely reliable and highly efficient, in fact the most energy efficient of all fuel cell technologies. In addition, they are highly resilient to extreme temperatures, humidity and air salinity.

This makes them an ideal fuel cell technology for providing green backup energy in the event of a power failure. However, in the future, the technology has even greater potential for additional usages beyond back-up applications.

In what way? In what scenario might fuel cells be used outside of a back-up application?

When the grid isn’t available, options for providing continuous power is currently limited to diesel generators and batteries. Historically, fuel cells have mainly been used for back-up applications, as there hasn’t been a solution available to match the reliability and running costs of these alternative power sources. But, fuel cell technology is catching up.

And should it be possible to provide this in the future, there is a clear appetite for fuel cell technology use for continuous power. Why? To realize the same benefits as provided in back-up applications: fuel cells emit no greenhouse gases, they require very little maintenance and don’t require regular recharging, they are near silent, vibration and odor free, can be operated in extreme temperatures and have water and heat as their only by-product.

In what way could fuel cells for continuous power support social benefits?

For example, imagine a situation where fuel cells are sent out with first responder units to natural disasters such as earthquakes or tsunamis. They could instantly provide lifesaving power for the emergency services, critical power for local or pop-up medical facilities, schools or even light and heat for refugee camps.

What’s more, this same highly reliable, low maintenance based fuel cell technology could be installed in any off grid remote location around the world. For some, it would provide life changing electricity to communities for the first time, or for others, simply make continuous power more reliable, accessible and easier to maintain.

It also has the potential to significantly boost communications in these regions too. In remote areas with extreme weather, such as in Brazil with its high humidity or Canada with its extreme cold, telecom providers often struggle to provide communities with a reliable and continuous telecom network. In the future, fuel cells could bridge this gap and revolutionize telecom tower reliability.

So, how far away is this ‘mainstream’ fuel cell technology?

It’s difficult to say, but I estimate that we’re likely to see this kind of technology enter the market within the next 12-24 months – initially offering all the benefits of fuel cells and later delivering economies of scale that will give it a price point to replace diesel generators for mainstream energy.

However, we should not let this detract from what’s available today, as there are substantial opportunities to be enjoyed from the maturing fuel cell markets.

To that point, what are the barriers to success in fuel cell adoption in the short term?

To our minds, simple education. There’s a lot of misinformation out there surrounding modern fuel cell technology, and when talking to prospects, our first job is often to correct what they think they know.

We do that by explaining what we and others have done to overcome previous technology limitations to make modern fuel cells one of the cleanest, most reliable, robust, and highly efficient power sources available.

We then show them how it’s being adopted by many international market leading businesses, who all go through their own comprehensive due diligence processes to approve the use of fuel cells within their businesses.

Our second job is to talk to them about hydrogen in general, as many businesses are not familiar with it. We explain that it’s the lightest and most abundant element in the universe, considered the most environmentally friendly fuel and is as safe or even safer than gasoline or natural gas (methane). In addition, we also educate them about sourcing hydrogen and compare its costs to other energy alternatives such as solar, wind, batteries and diesel.

No doubt this is common to all low temperature fuel cell manufacturers out there. The good news is, that the fuel cell business case is so compelling that after a little time invested to understand it, especially in leading businesses where the costs of downtime run into the millions, the cost of a fuel cell to minimize their impact becomes a very obvious and sensible decision.

About GenCell GenCell manufactures, sells and services fuel-cell-based power solutions that provide a reliable, scalable source of 5kW electricity. Fueled by hydrogen, the clean energy of the future, the GenCell G5 long-duration UPS (uninterruptible power supply) provides backup power for telecom, homeland security, healthcare and niche industrial markets. The GenCell G5rx utility backup power solution operates as a direct source of backup power or to supplement legacy backup battery systems that provide only 6-8 hours of power and includes a shelter that is resistant to EMPs and high voltage. Headquartered in Israel, GenCell has a regional presence and a distribution and support network in North America, Latin America and Europe.