We anticipate that next year, there will be a break from the steady industry growth experienced during the past decade. Its unfortunate because solar has been a bright spot with job and economic growth year after year.

Please tell us a bit about GEM Energy and your role in the solar energy industry?

GEM Energy is a solar developer and energy performance contractor within the Toledo, Ohio-based Rudolph Libbe Group of companies. We perform originations and design-build construction on solar arrays, primarily in markets east of the Mississippi river. Since 2007, we’ve built our business around delivering energy solutions that reduce our customers’ operating spend through on-site solar solutions designed to enable customers to generate their own power.

What is the background of the tariffs that have recently been imposed on solar panels entering the USA?

The tariff has been on our radar for a number of months. As it is written, the 30 percent import tariff applies to not only the panel itself but also imported solar cells. It sunsets to 15 percent in four years. The tariff also increases our installed system cost to the tune of about 10 percent of a premium, overall. The solar panel then has an additional premium of 15-18 cents. Unfortunately, the end customer often bears the additional burden of that cost.

We’ve done work over the years with domestic solar panel manufacturers partners, but even for domestic companies the lion’s share of their product overall is manufactured overseas. Solar, just like most other components of manufacturing, participates in a global marketplace. Parts and pieces of our solutions are sourced from all over. Under these conditions, any protectionist tariff inevitably leads to rising costs for the entire market.

How much of an impact do you anticipate this new tariff will have on the solar industry in the Midwest?

We have already seen the effect of the tariff in our forecasting. As a result, there will be fewer projects built over the next couple years, directly due to the tariff. We’ve had to cancel some projects, and drastically adjust timelines for others because of the tariff. The industry overall will have to manage a decrease in revenue as costs continue to rise.

How will installation (and other) costs be affected in both the near and short term?

At GEM Energy, we will be more selective and analytical to ensure that projects are economically viable. This means that, unfortunately, the cost increase will be an entry barrier for some customers who otherwise would be able to participate and have a smaller group of customers who will benefit.

At the same time, regulations around solar are constantly changing, which complicates long-term forecasting. We can craft our business operations based on the expectation that the tariff will sunset to 15 percent in four years, but we have to plan for anything and be ready to adapt.

How will the workforce be affected?

We anticipate that next year, there will be a break from the steady industry growth experienced during the past decade. It’s unfortunate because solar has been a bright spot with job and economic growth year after year. Realistically, it could take a couple years for growth to start back up. At the same time, indicators still suggest solar will remain an increasing sector over the long term.

What are the untold stories about the truth of the tariffs that aren’t often covered?

One development we are going to need to be ready for is retaliatory tariffs. It’s an unavoidable ripple effect of protective tariffs. If China, in particular, takes action in this form, costs will increase even more. Similarly, additional protective tariffs on imported aluminum and steel are not out of the question. If these were to go into effect in the near term, it would be even more of an uphill battle to sustain the momentum the industry has experienced over the past decade.

If there are significantly more jobs on the installation side why would the tariffs solely benefit a select few on the manufacturing side?

US manufacturers’ price points have steadily increased over the past eight months since it became clear that the tariffs would be implemented. It puts a strain on developers like us because we forecast and build financing models based on the predicted material costs.

While the small number of manufacturers that drove the tariff case experience a short-term benefit, the much larger installation side of the industry has to contend with an unnecessary hurdle within an already complex environment.

Do you feel that the industry can continue to expand as it has been doing while the tariff is in place?

Even with all of the limitations the tariff represents, the basic principles and economic factors around why solar makes sense are here to stay. The train has left the station already and it’s still a highly beneficial way to produce electricity.

That said, it’s possible that growth will slow for a short time before it begins rapidly increasing again. Industry models still project solar contractors and developers will double what they’ve installed to-date during the next three years. If that holds true, we’ll be installing a lot of solar for years to come. 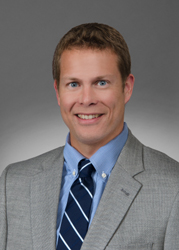 From an early age, Jason wanted to pursue a career that incorporated both technology and innovation. He earned a degree in construction management from Bowling Green University and began consulting on estimating software implementation in the field. He then joined the Rudolph Libbe Inc. team in preconstruction and special accounts preconstruction. A project management role followed until he discovered the opportunities in solar. Jason’s initial interest in solar came about as he saw the demand for solar systems in the industry increase, particularly the design/build and maintenance aspects. It became clear that this was a viable business and solar was established as a standalone group within the Rudolph Libbe Group of companies. Now part of GEM Energy, Jason leads daily solar operations - from business development and customer interaction to guiding a team of project managers and personnel in the field - with a hands-on and detail-oriented approach. He takes pride in bringing up talent and paving the way to success.