Anson County will increase its property tax revenue by more than 98%. Before the solar farm, the county received around $700 each year in property taxes from the previous landowner. Upon completion in December 2017, the solar farm is now taking in about $32,000 annually.

Wadesboro Solar Farm in Anson County, North Carolina, built on 40 acres, was just completed to great fanfare and a deep sense of satisfaction on the part of all of its stakeholders. Duke Energy Progress will distribute the electricity generated here to schools, homes, and businesses in the area during daylight hours for decades to come, offsetting more than 14 million pounds of coal. A project of Cornelius-based O2 EMC , the farm produces no emissions, noise or smell. After the 30-year life of the solar farm concludes, the land can be used for agriculture.

The 5-megawatt solar farm had two main benefits for the community: 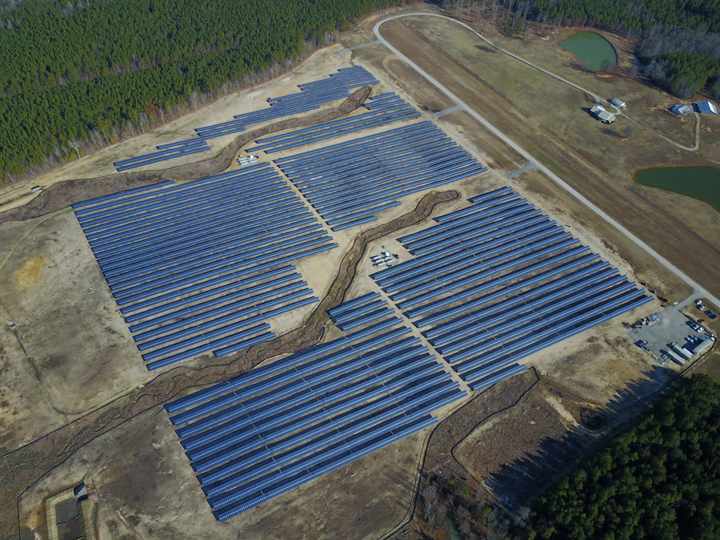 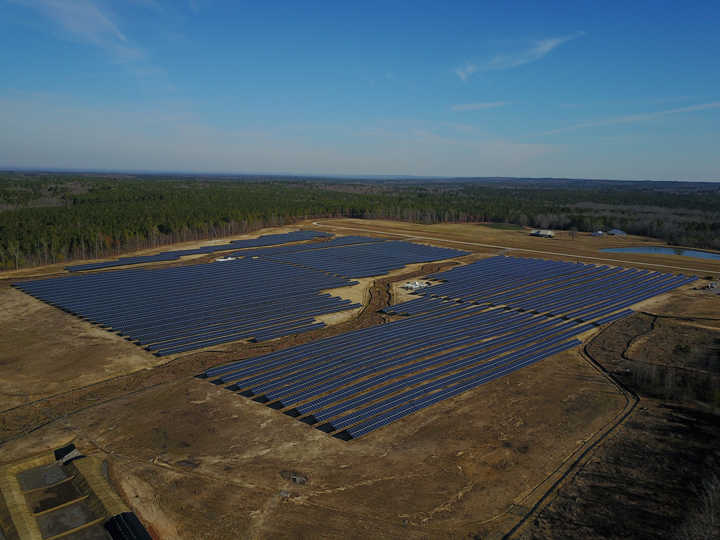 O2 EMC hired North Carolina contractor E8 Energy Group to manage the construction of this project; the solar farm was designed to use Schletter’s fixed-tilt racking system—G-Max which is produced in Shelby. “O2 EMC chose the G Max product because both pricing and ease of installation were driving forces on this project,” said Kelly Hendley of O2 EMC. Schletter was very quick to respond to in-field challenges with regards to installation and rough terrain. Striving to hire all local residents and creating about 300 jobs during construction phases, O2 EMC has been working with Schletter since 2011 on projects such as Avery Solar in Newland, NC, and Progress Solar in Bunn, NC.

“Schletter loves partnering with our customers in North Carolina, and we are excited about the Wadesboro Solar project,” said Ryan Kelly, Vice President of Sales and Marketing for Schletter Inc. “We pride ourselves on doing business with companies in North Carolina and across the Southeast.”

Schletter is proud of the role it played in seeing this ambitious project brought to completion. “In a short amount of time, our contractor was able to install and construct the Wadesboro Solar G-Max system hitting a key placed in-service milestone for the project. We are excited to continue our partnership with Schletter on future projects and have moved on to our next G-Max installation currently underway.”

Learn more about the G-Max system used in the Wadesboro Solar project. www.schletter.us/gmax