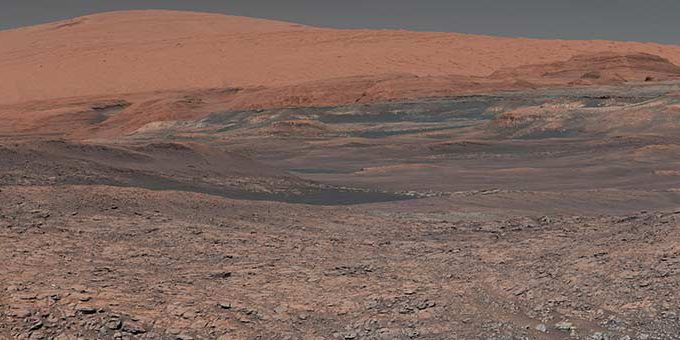 For an example of extremely high-efficient solar cells at work, look no further than Mars. The rovers NASA sent to the red planet in 2003 relied on solar panels the size of a kitchen table and capable of converting about 27% of sunlight into electricity. To put that same technology to work on Earth, where the average rooftop solar panel is 15% efficient, the cost would be, well, astronomical.

That could change, however, as scientists at the Department of Energy's National Renewable Energy Laboratory (NREL) work to refine the technique called hydride vapor phase epitaxy (HVPE), which holds the potential to produce cheaper, more efficient solar cells capable of producing more electricity.

The Mars rovers use gallium arsenide (GaAs) and gallium indium phosphide (GaInP) solar cells made of indium and gallium, which are grouped on the third column of the periodic table of elements; along with arsenic and phosphorus, which are from the fifth column. Semiconductors made from these and similar elements—collectively known as III-V solar cells—stand out for their extreme efficiency. But that comes at a price.

"You can only buy gallium arsenide cells, if you're willing to pay $100 to $300 a watt," said David Young, a senior scientist at NREL with an expertise in silicon solar cells.

That's far costlier than what NREL estimates to be the average price of utility-scale solar: less than $1 a watt. Silicon solar cells dominate the market, and scientists calculate those are nearing the upper practical limit of efficiency, at 27%. 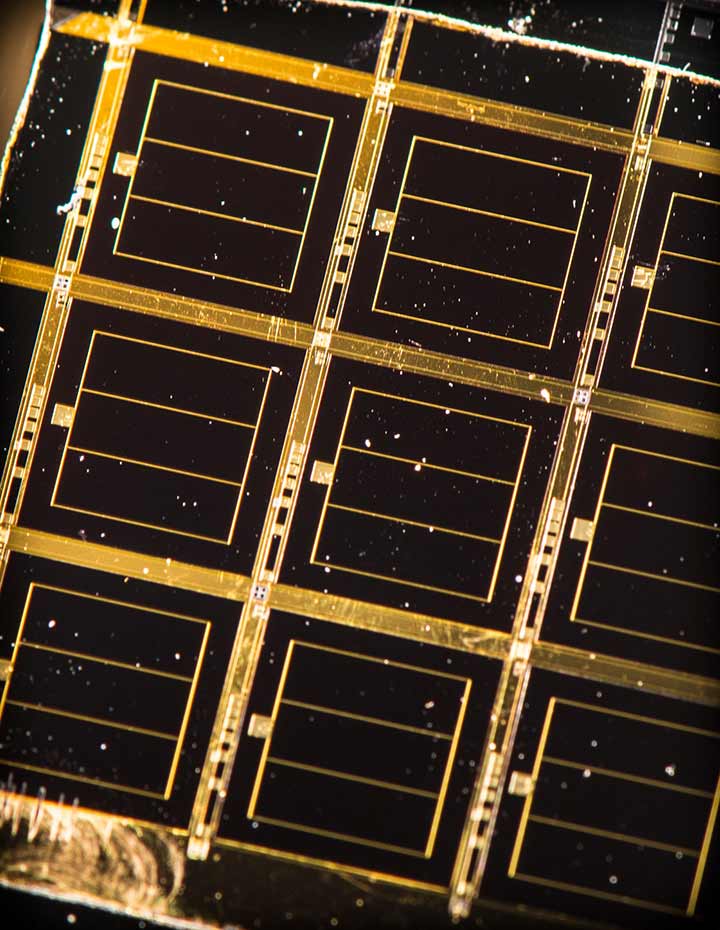 "You essentially dose pre-engineered chemicals onto a hot wafer, and they will deposit as thin-film layers with the same lattice spacing as the wafer," said Young, who joined NREL in 2000. "Multilayer devices are formed by changing the gas mixture to form different compositions of stacked thin films. MOVPE can grow very complicated structures—or devices like solar cells—but it's expensive and slow."

Young and Ptak returned to HVPE, which fell out of favor in the 1960s when MOVPE caught on. HVPE had its difficulties. The process used a single chamber where one chemical was deposited on a substrate, which was then removed. The chemical was then swapped for another, and the substrate returned to the chamber for the next chemical application. The layers grown atop the wafer had to line up precisely to avoid defects in the solar cell. "If you can't get the interfaces right, you can't build up complex devices like a multijunction solar cell," said Ptak, an expert in growing III-V solar materials.

The revamped version of HVPE—dubbed "dynamic HVPE" or D-HVPE—relies on a dual-chamber reactor. The substrate moves back and forth between the chambers, greatly reducing the time to make a solar cell. A single-junction solar cell that takes an hour or two to make using MOVPE can be produced in two minutes by D-HVPE.

So far, after four years of research and about 3,000 samples grown, NREL scientists managed to set the bar at a single-junction GaAs cell with a 25.3% efficiency. The world record for such a cell is 28.8%, grown using MOVPE by a California company and "using a fancier structure that we can't grow," Ptak said.

"It's actually way higher than we thought we would get in this program," he said. "When we started this program, we thought, 'OK, we're going to make cheap solar cells and they're going to be kind of bargain-basement solar cells, but they're going to be good.' What we have learned during the course of this project is we need to shoot higher. We can shoot higher because the material quality that we're seeing, the device quality that we're seeing, is way better than we expected." 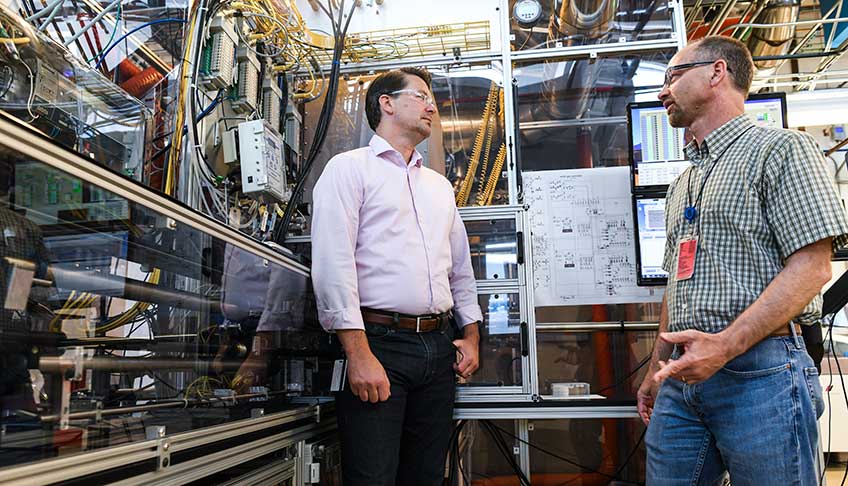 Ptak and Young studied the potential markets for III-V solar cells made by the D-HVPE process while participating in Energy I-Corps at the end of 2016. A Department of Energy program, Energy I-Corps helps researchers determine potential markets for their technologies. Ptak said the military is interested in the solar cells, which would be thin, lightweight, and flexible. People who operate drones also are interested. "Everything we've heard about the technology is 'yes, people want it,'" Ptak said.

He said further research is needed to move D-HVPE beyond the laboratory, but that will require "multiple millions of dollars." The current funding comes from the Department of Energy Solar Energy Technologies Office and from its Advanced Research Projects Agency-Energy. "It's definitely a possibility that this could spin off into a company. We have an R&D technology that works really, really well. We have designs for a pilot-scale reactor, but we have no way to get from A to B. It's going to be very capital intensive to get to that step."

"Something is definitely going to happen," said Kelsey Horowitz, part of the Techno Economic Analysis Group in NREL's Strategic Energy Analysis Center. "Getting the right people to fund this has been a challenge."

Horowitz leads the tech-to-market effort to get HVPE commercialized. She has forecast that solar cells made with D-HVPE technology could generate electricity at 20-80 cents a watt. But that price won't become a reality until D-HVPE solar cells are made in large quantities—and that's at least five years away. Until then, research efforts will continue to reduce both the cost of the substrate used and the chemical deposition process.

Horowitz has a solid list of potential early adopters of D-HVPE solar cells. They include big-box retailers with roofs that can't support heavy silicon panels; bus companies—using regular fuel or electricity—that could turn to the technology to either improve fuel efficiency or range; and the Army, which could equip soldiers' backpacks with the solar cells to generate power in the field.

"There are these intermediate markets where higher prices can be tolerated," she said.

"Right now, III-Vs might be $300 a watt or that ballpark," said Ptak. "If you can get to $100 a watt or $70 a watt, there are large initial markets that you can open up at that price point in order to get your foot in the door, to start scaling up your manufacturing, and get your costs down to $1 a watt or 50 cents a watt." —Wayne Hicks