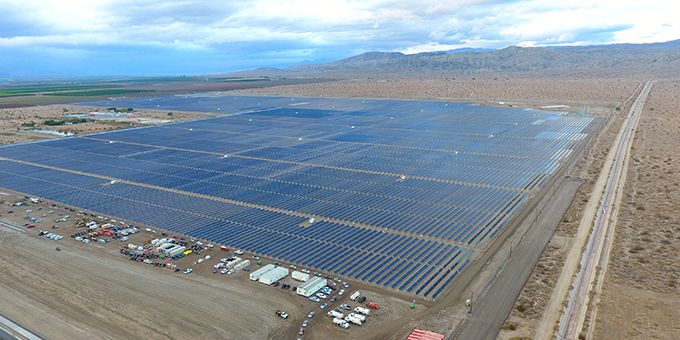 Interconnected to the grid of the Imperial Irrigation District, the system has an expected annual production of nearly 218,464 MWh, which can power 22,300 homes annually.

The environmental impact of this system is huge! The offsetting of greenhouse gas emissions is equivalent to 32,000 vehicles driven each year. It will also reduce carbon emissions equivalent to the planting of more than 105,000 acres of forest land.

The Sunpin North Shore Solar Project has a total capacity of 96.75 MW DC/74.8 MW AC and consists of 32 SMA Sunny Central inverters and 302,340 panels on 483 acres of land. A 92kV substation was special-designed and built through the developer.

“We chose SMA because they are the #1central inverter manufacturer for performance and quality,” said Adrian Gaona, project manager at Sunpin Solar. The company generated 425 peak local jobs in the construction of this project.