By definition then, VPPs are an attempt at whole-systems thinking; looking to combine DERs in such a configuration that they’re greater than the sum of their parts.

Virtual Power Plants (VPPs) are a hugely promising development in both the US and worldwide. By intelligently integrating and managing dispersed pockets of distributed energy resources (DERs), utilities can reap the grid-balancing benefit of a new power plant without having to build it. Various blends of solar, battery storage, combined heat and power (CHP) and other power technologies make up a variety of VPP projects across the country.

By definition then, VPPs are an attempt at whole-systems thinking; looking to combine DERs in such a configuration that they’re greater than the sum of their parts. Yet, arguably we’re still falling far short of true whole-systems thinking and missing out on a huge slice of VPPs’ potential by fixating on that middle ‘P’ in VPP.  Energy isn’t just about electricity. Energy is also about how we transport people and goods, and how we heat and cool our homes and workplaces: all aspects are interlinked.

Across that spectrum, our global energy system is tending towards electrification, with gaseous fuels increasingly niche. That’s where complementary technology such as geo-exchange can really play a part.

Done right, VPPs will cut costs for utilities, but will also have a significantly positive impact on the environment; many VPP and related projects already are. For example, when Con-Ed realised it would be short of 69 megawatts on the hottest days of the year, the choice was simple: A $1.2bn substation – only needed for a handful of days per year, or the Brooklyn-Queens Demand Management (BQDM) project. A $200m mix of distributed generation, demand response and energy efficiency assets, deferred the need for a new $1.2bn substation and displaced power generation that probably would have been fulfilled by fossil-fuel plants.

Though money talks loudest, VPPs can also deliver much on an environmental level. If a cluster of clean electrical tech, batteries and demand response services can be aggregated to the equivalent of a small, fossil-fuel power plant which then doesn’t need to be built, then a lot of emissions are avoided. For residents that would otherwise have found themselves neighbors to said plant, that’s also a win for air quality and liveability too.

As another example, mall developer Macerich has set an ambitious ‘Innovate to Zero’ program. As part of this, their installation, The Oaks in California aims to be the largest, most resource-diverse net-zero commercial microgrid in North America (not a VPP as it is islanded from the grid, but using similar design elements). The program aims to integrate 5MW of solar, 1.1MWh of advanced energy storage and 700kW of clean, baseload power (although this will be supplied by natural gas). The project is expected to slash carbon and cut energy expenses by over 80 percent.

If we can imagine a near-future where similar, grid-connected programs are dotted across the country, then we can glimpse the potential of VPPs to cut both costs and carbon at scale.

Exciting as these power projects are, is that the limit of the VPP concept? Surely, the biggest gains will come from thinking of energy as a whole and how it touches our lives, rather than just what we plug into wall outlets.

Transport is one example. Though there’s not much chance of integrating gas powered cars into a VPP, the accelerating shift to electric vehicles (EVs) makes it possible. Suddenly a new, distributed source of demand management comes into play as the EV fleet can be aggregated as a grid-scale battery.

But EVs aren’t quite there yet in terms of widespread adoption. Heating and cooling, on the other hand, is something we can integrate now.

While air conditioning is electrically powered, most American homes and businesses still rely on burning a fossil fuel to create heat. Not only is this polluting, it’s inefficient – older natural gas boilers typically range from 56 to 70 percent annual fuel utilization efficiency – and that’s ignoring the effort needed to transport that fuel, often thousands of miles, from the well it came from.

As with EVs, the trick is to switch from fossil-fuels to smart, electrically powered systems. Various forms of electric heating have existed for decades, such as ground and air-source heat pumps and direct electric heating. However, modern variants offer vast improvements on efficiency and synergy with other VPP components.

Geo-exchange is a prime example. This technology uses deep boreholes to take advantage of the consistent ambient temperature of the earth to provide both heating in winter and cooling in summer. The system uses electricity to move energy from one, storable form to another, which will heat or cool you. It can offer a coefficient of performance of over 4 – meaning for every kWh of electricity as input, 4kWh of useable heat is the output. In effect, 3kWh of energy has been taken from the ground for use on demand.

The technology can also ‘time-shift’ by storing or drawing excess heat from the ground on either a short-term (hour by hour) or long-term (season by season) basis – making it both inherently flexible and a potential boost for electricity demand management elements to VPPs.

However, in an urban environment like New York, the ground is only the start. Properly harnessed, thermal DERs are all around us. The waste heat from refrigeration units in supermarkets, from the subway, from urban datacentres serving the tech and financial sectors – even from tomorrow’s superfast EV chargers – all of it can be harvested and made useful by geo-exchange technology.

Expanding our understanding of VPPs beyond just electricity supply and demand offers a lot of benefits. Firstly, it enables us to extend the cost and carbon savings VPPs make possible to other major areas of energy usage such as heat and transport. Secondly, it joins the dots where some parts of heating already factor into the equation (e.g. air conditioning) but others don’t (such as natural gas boilers). Finally, it offers VPP operators additional sources of flexibility and efficiency savings by electrifying and integrating more of our total energy use.

Ultimately, the guiding principle behind the VPP is whole-systems thinking: integrating assets to achieve something that isn’t possible if they are operated in isolation. Applied to electricity, the benefits have been substantial cost and carbon savings. Now it’s time to take that line of thought one step further and take a whole energy systems approach. Doing so means avoiding more peaker power stations, cleaner air and less wasted cash and carbon. 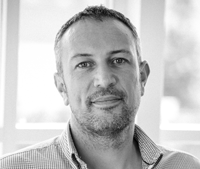 About Kevin Stickney
Kevin Stickney, Managing Director, Erda Energy, wonders whether virtual power plants can benefit from a whole-energy system approach, rather than focusing only on power.