The use of augers and ground screws have been of interest in solar ground mount systems for some time, and for the right sized job, they offer solar contractors an opportunity to grow their business. 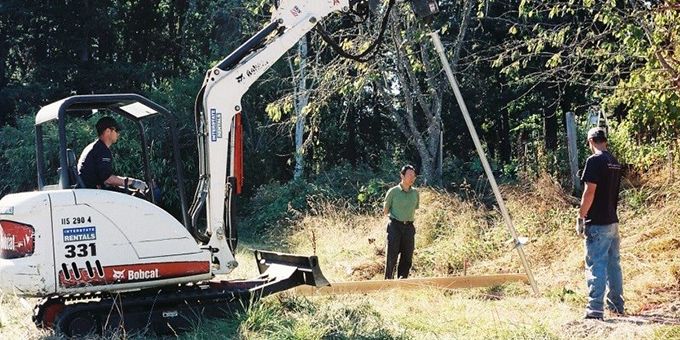 The use of augers and ground screws have been of interest in solar ground mount systems for some time, and for the right sized job, they offer solar contractors an opportunity to grow their business.  The following guidance are adapted from the white paper written by Cliff Schrock, senior engineer here at SunModo.

For smaller ground mount PV systems, solar installers may not need to spend money on a soil engineering analysis and the cost to permit the design separately.  The typical soil type in an area may be known from experience.  Local experience with other construction such as a home foundation or a water line installation can provide clues to the soil type.

A method used by some contractors is to use a hammer drill and ground rod available from an electric supply store and see how easily the rod can be driven into the earth.  If the rod hits solid rock 6 inches below the surface, or if the rod is very hard to drive, this could either disqualify the use of ground driven foundations.  In some cases this could lead to using ground screws rather than an augers.

Additionally, many counties and states have published maps showing the soil types for many locations. Other sources of data are well sites where there is often a record by the foot of the surface to depths much greater than one would drive a ground driven mount.

Once a determination has been made as to the type of soil at a site, the installer should select a ground mount to use at a site.  If the soil type is not heavily compacted and not rocky, one can consider the use of augers.  Most typically, a ground auger driven 7 to 10 ft. will suffice for most 3 and 4 row landscape arrays.

If the ground is compacted, made up of heavy clay, or has small rocks within the first 10 ft., then a ground screw would probably be a better choice.  Ground screws offer lower torque when driving them into the soil and are less likely to break in harder ground.  However, in soft, loamy soils a ground screw will not provide big pullout values compared to an auger.

If the ground is too rocky, other options such as post and concrete, ballasted arrays, or rock anchors may be a better alternative.  Experience with ground arrays will greatly help in the selection of a ground mounting system.

What often happens is the valley area is too narrow for mounts and doing so would disrupt water flow. At the higher end of the roof, a special mount with spacers is necessary in order to avoid crushing the deck during tightening.

Some form of tractor or track machine is required to drive ground driven foundations. These machines are easy to rent and use, and depending on the volume you are doing, worth owning. Small arrays with only 8 or 12 posts are probably not worth the investment, but between that and larger arrays that require a specialized company drive the mounts, there is a sweet spot that makes financial sense.

One of the benefits of a metal roof is they are the longest-lasting option you will find. So, you won’t have to worry about the roof being replaced after you install solar panels. Plus, solar panels can be installed without the risk of water leaks, such as when holes need to be punched through an asphalt shingles roof.

While metal shingles require a bit more research, learning how to install on this high-end roofing system can boost your bottom line and bring solar to homeowners that often struggle to find a willing and able solar installer. 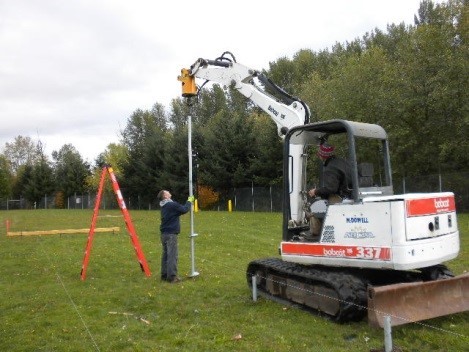 Figure 1 – Auger being driven at Groundwater site with Bobcat 337.

The machine used will need some form of rotary head such as the small Bobcats used to dig holes for pole buildings and fence posts. Alternately, some farm tractors have a rear mounted rotary driver used for fence posts that may be used.

The amount of torque required to drive a ground mount should not be more than a nominal 3000 pounds.  If more torque is required, or if the mounts are breaking, than the wrong mount was selected.  If augers break, a ground screw should have been used.  If ground screws break, then a non-driven mount should be used.

If occasionally a mount breaks due to an undetected boulder or other issue, a traditional post and concrete mounting should be used.  In the case of Groundwater a 50 kW project in Portland Oregon, where over 400 augers were used, 8 anchors broke due to large sporadic rocks and were replaced with 8 post and concrete mounted posts.

There are many resources available covering the use and calculations for commercial construction using augers and ground screws.  These include Chance Hubble manuals, and other commercial suppliers of augers.  However, there are some general guidelines one can follow summarized below.

Augers have a pitch determined by the blade angle.  Our auger is a 10 to 1 auger.  Using a 10 to 1 auger, each ft. lb. of torque driving the auger provides approximately 10 times the uplift capability when driven to 10 ft of depth.  For example, if an auger is driven with 500 pounds of torque to 10 ft. the pullout will be approximately 5000 pounds. Typically augers are driven much harder, resulting in tested pull up values of 20,000 to 30,000 lbs.  Most often, augers driven in reasonable soil values will dramatically exceed the pullout values actually required to resist pullout or overturn of the array.

In the case of ground screws, they are typically applied to more dense soils and solids with rock intermixed.  A ground screw should not be used in solid rock.

Ground screws in hard soils have pullout values of 1500 to 5000 pounds at a depth of 5 ft., however this estimate is entirely based upon the soil density.  The use of ground screws in soft soils will not provide a satisfactory base for a solar array.

The use of a torque measurement gauge is recommended as an additional check on the drive torque and resulting pullout capability.  Some modern machines one can rent or buy have a built-in torque gauge.  Additionally, there are devices that can mount between the hydraulic head and the ground mount to measure the torque.  However, a careful operator will have some sense of the amount of effort required to drive the ground mounts and in most cases can successfully install and driven ground array without a torque head.