In this article, we’ll discuss the average commercial building energy consumption per square foot, and tell how to measure and compare your own usage with other buildings in your industry. Let’s get started. 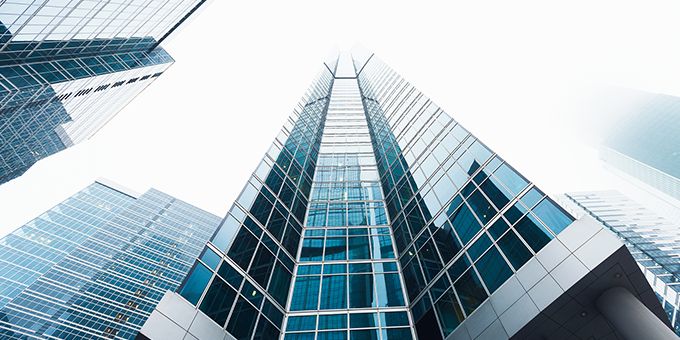 How often are you confronted with the reality of your building’s monthly utility bill? If the answer is “not often” or “never,” you’re like many other facilities managers who do their best to use energy wisely, but rarely get a close look at the actual costs associated with their efforts.

In light of the fact that the average office building spends an excess of $30,000 per year on energy, a lack of knowledge surrounding the details of your bills means you may not have as good a handle on this major expenditure as you thought you did. In fact, most building operators don’t have deep visibility into where and how a facility’s energy is consumed, nor do they understand or know the pattern of use. That means your utility bill could be creeping up slowly, month by month, without your knowledge.

If you’d like to reverse that slow climb, you’re in the right place. It all starts with gaining greater awareness of how your building uses energy. In this article, we’ll discuss the average commercial building energy consumption per square foot, and tell how to measure and compare your own usage with other buildings in your industry. Let’s get started.

According to the Department of Energy (DOE), the average number of kilowatt hours per square foot for a commercial building is approximately 22.5.

Here’s the breakdown of how that energy is used:

While the question of commercial building energy consumption per square foot is a popular one, it’s not quite the one you should be asking. Buildings house different types of operations, and therefore have different energy profiles. Energy use in office buildings, for example, focuses on creating a comfortable, healthy, optimal environment for workers; its energy expenditures are mainly on things like lighting, ventilation, and air conditioning. In contrast, a food manufacturing facility’s primary energy expenditure is related to its production processes; as a result, its energy needs are primarily focused on things like steam systems, ovens, furnaces, refrigeration units, and more, all of which comprise the largest portion of this sector’s energy consumption.

So a more appropriate question would be, What is the average building energy use per square foot for a building in my industry?

The Department of Energy also examined energy intensity by industry and created a chart listing the average kWh per square foot. Of the 17 industries examined, here are a select few:

In addition, to help you better understand what activities are associated with that energy usage, the DOE has further broken down overall average electricity usage per square foot for commercial buildings into the average amount spent per system—i.e., lighting, heating, cooling, ventilation, etc.

For example, the average manufacturing facility’s energy consumption is broken down like this:

Here’s what the breakdown looks like for a retail building:

Benchmark Your Energy Use Against The Data

The data compiled for building energy use per square foot in various industries is meant to be a gauge to see how well you compare. That means you need to measure your own energy use before this data truly becomes useful.

How do you measure your own energy use?

Before you can consider implementing any specific measures to gain control over your energy use, you need to be aware of the main contributors to your own building’s needs. The Internet of Things (IoT) makes it possible to gather the necessary data so you can gain this in-depth understanding of your building. From there, you’ll have the information you need to compare your usage against other, similar buildings in your industry.

Using wireless IoT sensors placed throughout your building, you can collect real-time information about how your facility uses energy. These sensors can be used for remote monitoring on a number of building operations, including things like:

Once you’ve developed a baseline model of your building’s energy use, you can compare it to the DOE’s industry data. Ask:

While it’s important to understand the main contributors to your energy use, knowing your total kilowatt hours per square foot is key to saving money on your utility bill. Total energy use plays into the demand charge on your utility bill—an amount that’s based on your peak electricity usage during a set period of time. The higher the overall demand, the more expensive your demand charge will be. Typically, demand charges are lower in the winter months and higher in the summer. So the more you can lower your overall energy costs, the more you can reduce the associated demand charges.

Want to get started benchmarking your building’s average energy use per square foot?

It’s not as hard as you think to start monitoring your building’s energy consumption. Iota Communications has designed and implemented energy monitoring and efficiency programs for numerous Fortune 100 clients, and they can do the same for you. Using their line of IoT sensors and advanced analytics platform, Iota’s knowledgeable team will help you design a remote monitoring program that’s right for your facility and your energy goals.