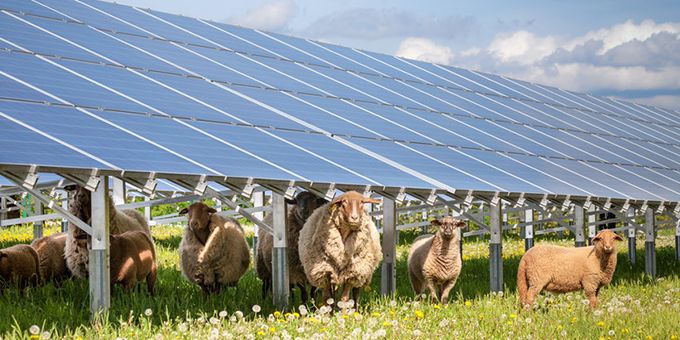 Solar deployment in the U.S. has historically been concentrated on the West and East coasts and in the Southwest. Thanks to strong incentives, falling costs, and increased demand, markets like Minnesota and Illinois are on the rise. But one look at SEIA’s U.S. solar deployment map from this year reveals an important truth:

Installed capacity remains significantly higher in coastal states and states that experience the highest average number of peak sun hours per day. In other words, not the Midwest.

Who knows to what degree that imbalance can be corrected, but as equipment costs drop and the long tail of solar installers matures, the Midwest is poised to grow into a hugely successful solar market. As solar professionals, we need to better identify what this emerging market looks like, and more importantly, what it needs. Here’s a start:

The U.S. beef cow population is most heavily concentrated in - you guessed it - the Midwest. Since cattle concentration roughly corresponds to the density of livestock operations in a region, the obvious conclusion is that there are lots of farmers and ranchers in the Midwest.

But the more striking insight comes when you compare these two maps. Their respective areas of low solar deployment and high livestock concentration overlap beautifully. This indicates that for all of its successes, the solar industry has relatively little experience supporting a huge segment of potential customers. How do we go about changing that?

Some businesses already are. There has been a recent uptick in experimental solar PV deployments on Midwestern farms. These go beyond typical roof mount arrays on barns and homes, or ground mounts on unused patches of land.

The Nebraska-based business FarmAfield recently made headlines by winning a $200,000 federal grant to explore the feasibility of PV-integrated shade structures for cattle feedlots. The idea is to provide a win-win solution that not only delivers the requisite shade for sufficient weight gain, but also meets the substantial electrical demand of fans and water pumps.

Hog farmers are also getting in on the action, as hog confinements feature an assortment of electrical loads similar to cattle shade structures. And if you’re wondering what the hog inventory looks like across the U.S., well…

Mr. Schantell has decades of experience installing solar systems in Nebraska, Iowa, and Missouri. His boots-on-the-ground take is that Midwestern end-users are ready for a solar boom, if the powers that be would find a way to adapt.

“What’s strange about Nebraska,” he says, “Is that we supposedly have publicly owned utilities. But Nebraska utilities still work against the public’s best interest and fight DG solar.”

Utilities aside, farmers across the U.S. have already demonstrated a knack for devising smart, simple, and occasionally adorable solutions to historically expensive solar challenges. If you’re looking for proof, just google “solar sheep.”