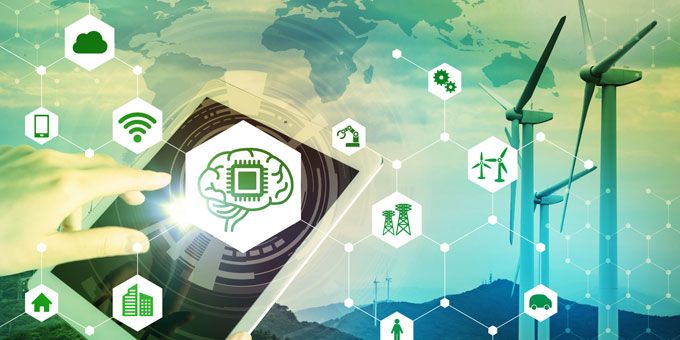 Software Is Changing The Solar Power Industry: Here’s 5 Reasons Why

Managing and controlling energy by monitoring energy consuming devices can be a daunting task since one will be required to manually pinpoint these devices and design ways of minimizing their energy consumption. The good thing is the fact that with advanced technology, companies have embarked on an energy software development process that has enabled companies and individuals to control how energy is produced, circulated, and used. Additionally, this has been made possible by the presence of energy management software.

Companies have realized that energy consumption highly contributes to their monthly expenses, and therefore, they have applied different measures to curb this form of usage. For instance, when companies make use of solar power software, their probability of recording a return on investment is high. This can be attributed to the fact that with energy & utilities software development, the amount of money used to operate large machinery is reduced, and instead, the money is injected into other departments. An energy management program also plays an integral role in reducing the cost of energy consumed in facilities such as hospitals, factories, and schools. The productivity of employees is also improved when a company decides to rely on energy management software. This can be attributed to the fact that when employees are working in conducive environments, their productivity increases.

It is no doubt that solar power has seen tremendous growth in the past few years, with companies taking upon themselves to install and use solar-powered products. As of 2019, two different types of solar energy, namely concentrated solar power and photovoltaics, have been used. Concentrated solar power harnesses the heat produced by the sun, and uses it to generate thermal energy, which in turn, is used to power turbines and heaters. On the other hand, solar PV captures direct sunlight to produce electric power.

A new wave of solar power software and corresponding technology has also been on the rise, a clear indication that people are now turning to solar energy. Some of the most common solar technologies are as follows.

In 2015, Tesla released the first-ever lithium-ion rechargeable battery. The now-famous Tesla Powerball battery has been a game-changer in the solar energy production industry. The Tesla Powerball battery comes in two versions, namely the Powerpack, which has been designed for commercial use, and the Powerball 2.0, designed for residential usage. With the success of the Tesla Powerball, it is expected that more companies will get involved in the production of solar-powered batteries, which will obviously be cheaper as compared to the common types of batteries.

In the US, PV solar technology has been tested and applied along the famous Route 66 in Riverton, Kansas. The body mandated with energy production has installed thermal heating systems and LED bulbs which light up the road at night. The thermal heating capability, on the other hand, can melt snow during the cold winter seasons.

Wearable solar-powered devices such as watches are nothing new in an industry that aims to rely on green energy for power. However, the production of wearable solar textiles has taken solar energy to the next level. Nowadays, solar-powered fabrics such as solar-powered window curtains and dynamic solar-powered heated car seats have been developed.

Most homeowners who have solar-powered panels usually consider them "unsightly" mainly due to their huge nature when placed on roofs. However, with new technology in the offing, there is a plan to customize solar panels to have the same appearance as the roof. It is expected that the new look solar panels will equally fit the entire roof, hence making it hard for anyone to tell whether or not a house is fitted with solar panels. The good thing about this new look solar panels is the fact that their efficiency and energy production will not be hindered.

Reasons why Solar Software is Changing the Solar Industry

It is without a doubt that the implementation of energy management programs has had a positive impact on people and industries. This can be attributed to the fact that not only does energy management software solutions streamline the functionalities of a business, but it also minimizes the cost of production. The following are five reasons why companies and individuals should consider implementing diverse energy monitoring software.

With an energy management program, you can monitor your monthly utility bills and determine which household products are consuming more energy than required. With such information in hand, you can decide to either replace the equipment or install a power-saving device.

Improves the Performance of your Facility

With an energy management program, you can improve the performance of your company tenfold because the program will allow you to monitor your energy consumption as well as facilitate waste reduction. The moment you realize that more funds are injected into a system that overly consumes energy, you will be in a position to minimize this form of wastage. Additionally, the money that you could have spent on energy-consuming products can be used in other ventures such as paying salaries, promotion, and marketing.

Did you know that with an energy management program, you can analyze your utility bills and determine your consumption? This is usually made possible by the fact that the energy management programs have been designed to produce a breakdown of your energy consumption by providing you with a detailed report. Never again will you have to keep guessing on what makes your bills to skyrocket.

If you operate a huge company, it is evident that you will be required to supply sufficient energy to different departments. However, some departments may need more energy as compared to others, hence bringing to light the importance of distributing power based on consumption. This form of energy allocation can only be achieved with the presence of an energy management program, that determines which equipment in a company need more energy and which requires less energy.

With an energy management program, you can get your bills on time. Apart from this, you have a higher chance of paying accurate bills as long as you have programmed your software as required.

Implementing solar energy & utilities software development solutions can be daunting, especially if you consider the type of solar panels you need to purchase, the company to install them for you, and the cost incurred in the entire process. This is why it is advisable to get solar-powered services.