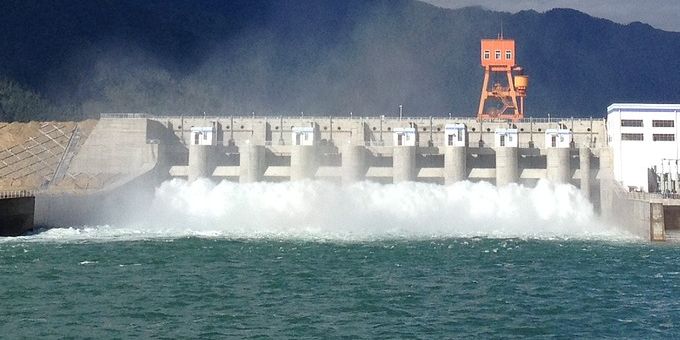 Hydropower is a powerful source of renewable energy, one that many nations are already taking advantage of on a large scale. In the U.S., however, hydro generates only 7% of the nation's electricity. This may be due to wind and solar power being more affordable. Yet, hydropower may become less costly as startups are beginning to use pre-existing facilities and discontinue dam building. Thus, construction costs would be minimal and engineers could implement hydropower on a much larger scale.

One startup, in particular, is changing the face of hydropower in remarkable ways. Two years ago, Natel Energy Inc., a California-based startup, began converting a sawmill in Maine into a small-scale hydropower plant. Today, the mill produces enough energy to power 30 homes. This project was much less expensive than building a powerplant from the ground up since Natel Energy Inc. only had to retrofit the pre-existing mill with hydropower.

Since then, Natel Energy Inc. has begun working on a power plant in Virginia and another in Oregon. While they aren't retrofitting sawmills, they have found yet another way to lower construction costs. Recently, the startup developed a turbine that requires less cement and steel, thereby cutting construction costs. Additionally, the new turbine is also safer for fish and other aquatic life. Now, the company is looking to raise $11 million to begin implementing this updated design in new hydropower plants.

Of course, exciting innovations call for investors and billions in funding. Luckily, Natel has found funding through Schneider Electric Ventures and Breakthrough Energy Ventures, the latter of which Bill Gates founded. This fund aims to invest in startups that will contribute to cutting vehemence emissions. Private investors aren't the only ones to get involved, however. Just five months ago, the U.S. Department of  Energy pledged up to $24.9 million in funding to startups and companies creating innovative solutions like Natel.

This funding will obviously create a more sustainable future for the Earth. However, it will also provide more sustainable and affordable energy to companies and operations who currently rely on fossil fuels. As the European and American governments increase carbon taxes, companies reliant on fossil fuels will spend exponentially more on energy and lose profits as a result. Thus, funding hydropower now will prove a worthy investment for both the environment and the global economy.

With the influx of funding and innovative solutions, there's a huge potential for the expansion of renewable energy and, more specifically, hydropower. For example, while Natel's sawmill project was relatively small, there are still 80,000 pre-existing dams in the U.S. that they might retrofit with hydropower. These dams could then supply 10% of electricity needs across the country. Of course, they can't do it alone, which is why the development of more startups is an absolute necessity.

Thus, the future of hydropower largely rests in the hands of investors who are willing to fund startups and whatever innovative solutions they aim to implement. Ideally, with enough funding and a bright idea, new hydropower could become smarter, more efficient and lower construction costs even more. Governments and investors alike simply have to take a small leap of faith and invest — as many already have — before hydro can become a major source of renewable energy.

A Little Help From the IIoT

As technology progresses, many innovators are looking to the Industrial Internet of Things for assistance. By digitizing hydropower, startups may be able to reduce emissions, increase output and minimize operational costs. Of course, developing this technology and getting it into the hands of the right scientists and engineers takes time and money. However, small steps in the right direction are better than nothing and, often, these steps pave the way for radical change.