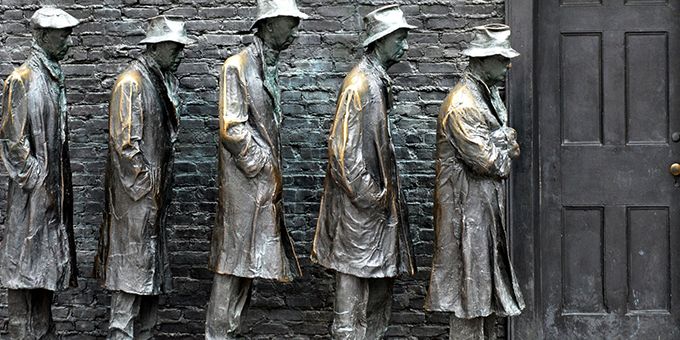 Unemployment levels in the U.S have reached a record low. Millions of people are out of work, and returning to "business as normal" seems more unlikely with each passing day. While the fossil fuel industry struggles to find a path forward, renewable energy is emerging as a solution to a multi-faceted crisis.

The COVID-19 pandemic has governments and citizens around the world concerned with how nations will face future disasters in the age of climate change. A recent report from the University of Oxford states that fiscal stimulus policies should not focus on rebuilding the old economy, which will lead to climate disaster. While change is never easy, transitioning to renewables may become a necessity in the upcoming years.

A report from Yale University predicts that renewable energy could emerge ahead of fossil fuels in a post-COVID-19 economy. Renewable energy sources, such as solar and wind, may provide a more stable option that looks toward a more sustainable future.

Renewable energy would contribute significantly to new jobs in a post-COVID-19 economy. The number of jobs that could be created for the same amount of money is considerable. $1 million in stimulus could generate about fourteen in wind and solar, compared to only five new jobs in oil and gas.

The main criticism of transitioning to renewable energy sources is whether they can be implemented at the same scale as fossil fuels. While wind and solar are the main sectors for new jobs in the renewable industry, biofuel and other technologies are also worth mentioning.

Renewable energy creates jobs in multiple areas. Not only are people needed to install renewable energy systems, but they are also necessary for expanding the energy grid and building the essential infrastructure that comes with moving away from fossil fuels.

Per unit of energy, solar and wind create more jobs than coal or natural gas. This number is significant, considering that renewable energy currently accounts for a small percentage of the U.S energy generation. While fossil fuels are still dominant, the energy sector is undoubtedly transitioning, despite the pandemic. In April 2020, renewable energy generated more electricity than coal every single day.

Solar and wind are the two main sectors expected to expand considerably in the next few years. These areas will most likely have the highest number of jobs, with hydropower and biofuel following immediately behind. However, the industry will require government funding to succeed.

A recent letter to the United States Senate states that while carbon-intensive industries, like airlines, are receiving billions of dollars in aid, renewable sectors are left out. Some renewable advocates argue that enterprises should be encouraged to reduce their carbon footprint in exchange for financial assistance.

When it comes to defining sustainability, socioeconomic stability is a key factor. Without it, no industry is truly sustainable. Renewables may play a key role in solving the current unemployment crisis by helping countries transition to a more sustainable energy system. In the U.K, the Committee on Climate Change included greenhouse gas reduction strategy as an essential piece of the post-COVID-19 economic recovery plan.

Climate scientists, activists and political leaders are not alone in their push for a green stimulus package. Industry leaders, including the head of the International Energy Agency (IEA), emphasizes the importance of focusing on clean energy in the U.S economic stimulus package. Especially in the wind and solar sectors, the energy industry could witness a massive transformation in the next few years, creating numerous jobs and boosting the U.S economy.

While the immediate effects of COVID-19 may cause renewable installations to falter, the long-term impact appears to push clean energy forward. The pandemic has tested governments' abilities to react and adapt to forces of nature, something that will continue to test the global economy in the age of climate change.

While the worldwide pandemic may slow the expansion of renewable energy in the immediate future, it will most likely have a profound long-term effect. Transitioning from fossil fuels to clean energy will provide more jobs than returning to the status quo. While the future is always uncertain, renewables play a likely role in U.S economic recovery.