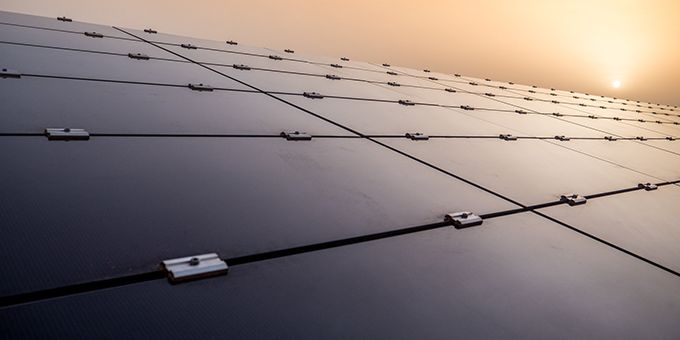 Egypt’s population has now passed 100 million. As one of the most populous and fastest-growing nations on the African continent, providing electricity to all its citizens is a matter of priority for the Egyptian government.

To ensure continuous security and stability of energy supply, Egypt has launched an energy diversification strategy, known as the 2035 Integrated Sustainable Energy Strategy (ISES), which aims to step up the development of renewable energy and energy efficiency in the country.

This is a hugely ambitious energy plan, but it is one that is necessary for Egypt to flourish. In particular, the country wants to diversify its mix of power sources. Egypt has introduced nuclear power and it is also developing a few megaprojects that will bring a massive amount of gas into its energy mix.

This is in stark contrast to 2014, when, due to electricity shortages, Egypt was forced to introduce more coal into its energy mix in order to lower its dependence on imported gas. Rising demands, the falling costs of renewable energy, and the discovery of new natural gas sources have allowed Egypt to both diversify its energy mix and become an exporter of gas.

Furthermore, environmental concerns over the generation and use of coal have reinforced this ecological approach. Egypt has signed up to the United Nations Framework Convention on Climate Change (UNFCCC), meaning that it has no option but to reduce its dependence on fossil fuels.

Tapping into renewable energy will benefit Egypt in ways more than one. It will enhance the country's economic growth and bring revenues in foreign currency. The increased usage of renewable energy is expected to lead to exporting fossil fuels or using them in other areas domestically, such as industrial production.

Need of the hour

But to leverage the benefits of the transition to renewable energy, Egypt needs to overcome a few infrastructural and geographic hurdles.

A report by the International Renewable Energy Agency (IRENA) provides a comprehensive assessment and recommendations for primary measures that Egypt must consider to achieve the goals set out in ISES. The report points out the need to update Egypt’s electric power sector strategies to reflect the growing cost advantages and other benefits of renewable energy. It also focuses on reforming the existing market framework to improve the economic feasibility of projects.

Additionally, the country is very much split in two by the fabled river Nile, with many regions in the south still not connected to the national grid. Egypt is very keen to invest in the tourism sector along the Red Sea, meaning there is a need for not only infrastructure but also the power to supply to these regions.

Egypt’s situation has changed a lot since 2011. Nowadays, the issue is distribution rather than consumption. Egypt has a tradition of setting its energy distribution vertically. This has a rather negative impact on how the energy is consumed, but this can change since we are starting to see more industries coming into the country as Egypt is encouraging private sector participation.

Between 2022 and 2027, Egypt plans to install an additional thermal power plant and two clean coal technology power plants. These initiatives are expected to exceed the nation’s peak power and electricity demands.

Of the renewable energy targets for 2022, both solar and wind are considered achievable. In particular, the Benban Solar Complex project, which is considered one of the largest solar PV power plant projects in the world, and has a total installed capacity of 1.8 GW, is foreseen to come online alongside a number of utility-scale wind farm projects in Gulf of Suez.

Egypt certainly has a lot of unanswered questions at present, but it does seem to be on the right track. Three big parts – gas, sea turbines and renewables – need to play their part going forward. Egypt has no choice; it must invest in renewables. The sector at the moment only makes up around 2% of the energy mix, but these announcements could rise it to 20% – this is almost a revolution.