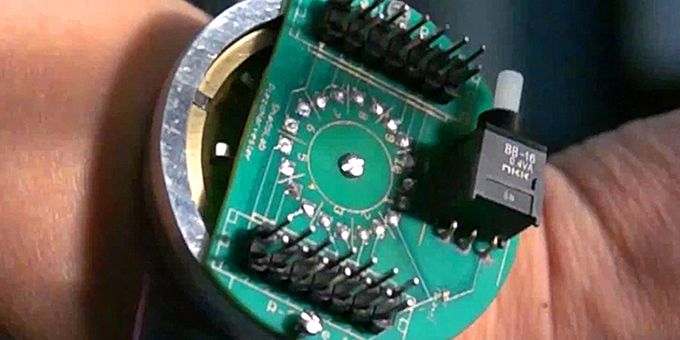 A wearable energy-harvesting device could generate energy from the swinging of an arm while walking or jogging. This device is about the size of a wristwatch and produces sufficient power to operate a personal health monitoring system. Energy-harvesting devices can power the millions of appliances that make up the internet of things (IoT).

The cost of changing out batteries when they fail can be eliminated by delivering continuous power to a rechargeable battery or supercapacitor.

Vibration energy harvesting is best used where sensor or measurement instruments are used to gather data about certain aspects; or where traditional power sources, such as batteries, are either too expensive or just unworkable.

Vibration powered generators contain a resonator which is used to amplify the vibration source, and a transducer device which changes the energy from the vibrations into electrical energy. The transducer usually consists of a magnet and coil or a piezoelectric crystal.

A number of crystals can emit an electric current when compressed or they can change shape when an electric charge is employed. This piezoelectric effect is used in ultrasound and sonar devices, as well as energy harvesting.

Piezoelectric generators utilize thin casings or beams made of piezoelectric crystals as a transducer mechanism. When a crystal is placed under strain by the kinetic energy of the vibration, a small quantity of current is produced because of the piezoelectric effect. These mechanisms are generally straightforward with few moving parts, and they have a very long service life, making them the most prevalent technique of harvesting the energy from vibrations.

They can be created on a small scale, using the MEMS fabrication process. The proficiency of making piezoelectric generators on such a small scale is the key benefit of this method over the electromagnetic generators, specifically when the generator is being utilized to power microelectronic devices.

Working together the University of Utah and Penn State's Department of Mechanical Engineering designed an innovative device that integrates PZT/metal foil materials. This device uses a freely rotating, unconventional brass rotor with an implanted  magnet, and multiple PZT beams with a magnet on each beam.

As the magnet on the rotor draws near one of the beams, the magnets repel each other and deflects the beam, pulling the beam in a process that is described as frequency up-conversion. The gradual rate of a rotating wrist is changed into a higher frequency oscillation. This device is more efficient than a standard electromagnetic harvester, as such as those used in self-powered watches.

Another application, which is in the early stages of development, desires to use the vibrations generated during aircraft flight to power the electronics on the plane that currently depend on on batteries. Such a system would produce a reliable energy source, and reduce maintenance, since batteries would not need to be replaced and piezoelectric systems have a long service life. This system uses a resonator, which permits the airflow to produce a high amplitude steady tone. This is the same principle that is used in many wind instruments by converting the airflow furnished by the musician into a loud steady tone. This tone is used as the vibration that is transformed from kinetic to electric energy by the piezoelectric generator.

Another device, which is smaller than one cubic centimeter in size, uses vibrations from the world around it to cause magnets on a cantilever at the heart of the device wobble and generate power. Although this generator delivers only microwatts, this is more than enough to power sensors, which are attached to machines in manufacturing plants. The advantage of a wireless sensor system is that by removing wires and batteries, there is the possibility to embed sensors in previously inaccessible locations.

By using a tiny generator, it is possible to use a larger number of sensors because there is no longer a need to reach them to replace or recharge the batteries. The generator sits inside air compressors but it could find a future use in self-powered medical implants such as pacemakers, where the beating of the human heart would be sufficient to keep the magnets inside the device wobbling.

This same device can also be used to power sensors, which are attached to roads and bridges to monitor the condition of such structures.

IBM, Cisco, Ericsson and Gartner are just a few companies that are predicting that the Internet of Things will maintain its growing development as the number of connected devices maintain an exponential growth. The major issue concerning these connected devices is how they will be powered.

ReVibe Energy is exploring the way the IoT is powered. The company is developing a technology to proficiently convert ambient vibrations, which are present in all industrial environments, into electricity to power wireless equipment. ReVibe uses Ansys software to carry out upfront simulation to produce the custom products that customers need. As interest in IoT continues to grow, customers are turning out to be aware of the value of wireless sensor networks for better process monitoring. These sensors facilitate entirely new business models within a wide range of industries. 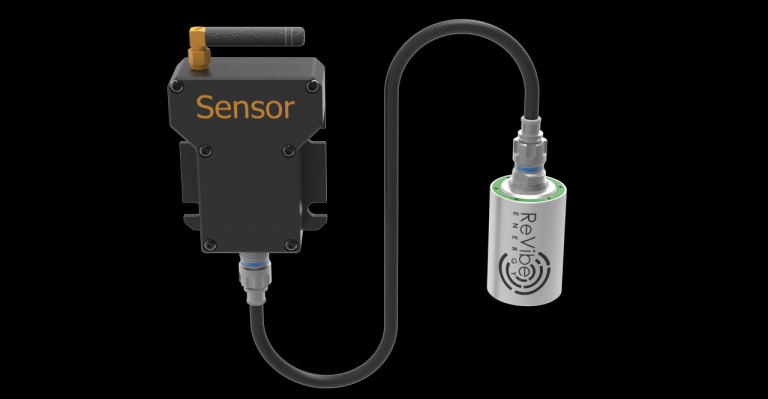 Vibration energy harvesting can supply enough power for a system to connect via GPS and GSM or similar protocols on a regular basis and communicate the condition and whereabouts of a company’s moving assets. The vibrations created by a moving train turns them into electricity to ensure that there will always be enough power for monitoring systems.

Many companies are investing in vibration energy harvesting because it is a leading-edge technology that has serious potential across many markets and applications. We will certainly see a wide range of new applications in the future.