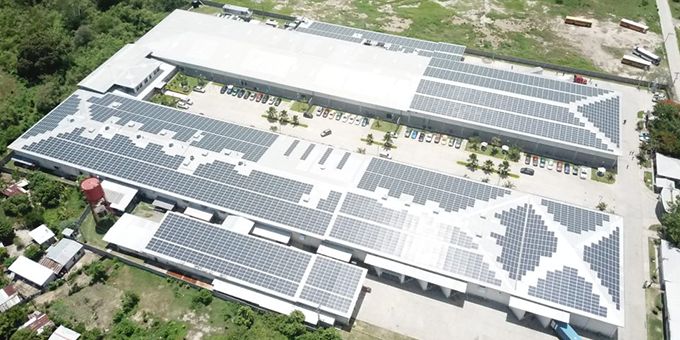 Speed, quality and efficiency are three of Pinehurst MFG’s high standards. To improve its efficiency, the renowned sportswear manufacturer incorporated a solar system into its facilities in San Pedro Sula, Honduras.

With these high standards in mind, the company entrusted this ambitious project to Advanced Energy, a Central American company with more than 12 years of experience. Advanced Energy has positioned itself in the regional market as the most experienced and prestigious EPC, having installed more than 35 MW exclusively with SMA inverters in both rooftop and ground-mounted projects. 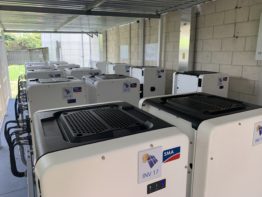 The Sunny Tripower CORE1 is the world’s first free-standing string inverter for decentralized rooftop and ground-based PV systems as well as covered parking spaces. The groundbreaking new design allows up to 60% reduction in installation time and at the same time lowers the total cost of ownership (OPEX).

“At Advanced Energy we design and build with SMA inverters, and after 15 years, we have corroborated time and time again that SMA manufactures the most reliable inverter on the market,” said Alberto Girón, director and CEO of Advanced Energy.

Through this solar system, Pinehurst MFG significantly reduces its energy costs and upholds its commitment to social responsibility by reducing its carbon footprint.