V2G or ‘vehicle to grid’ technology is not a new concept by any means, but it is nascent. Meaning, corporations are finally coming round to the idea of implementing it to more sensibly redistribute energy. 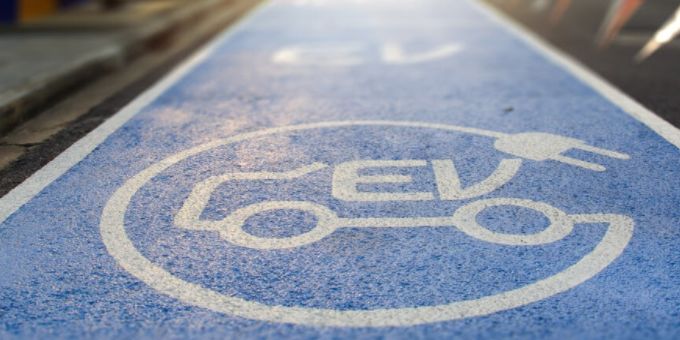 Neil Wright, content writer and researcher | We Buy Any Motorcaravan

To many, V2G is considered the next logical step onwards from ‘smart charging’, the current practice by which electric vehicles are charged when it best suits the network. But so far, finding the best way to implement V2G — the right business model — has proved very difficult. But that might be about to change.

One particularly exciting V2G experiment is currently underway in Virginia, United States, by the company Dominion Energy. The project is an attempt to integrate a large offshore wind farm by equipping a fleet of electric school buses with grid-flexibility asset batteries. The idea being that, when the school buses are not in use, the utility will store all the unused energy in the batteries — saving them for when they will be needed.

An ambitious way of sharing and distributing energy

The experiment, which is set to be up and running at the end of the year, has the ultimate ambition of sharing the overall energy capacity of the school bus batteries. At the end of the school run, when they are no longer needed, each bus will connect to what’s known as a ‘bidirectional’ V2G charger. This connection will also hook them up to a energy management system that will oversee the energy distribution digitally.

This so-called ‘smart’ system will charge the batteries at the best time for them, and then redistribute superfluous energy to the rest of the grid. The grid in this particular project — the ‘Apex’ system, a darling of the Californian-based Proterra company —  is still in its infancy. But the hope is that it will one day have the capabilities to manage and distribute the energy for all assets, including wind and solar power energy.

Dominion Energy and Proterra both hope that the bus experiment will reduce the need to construct or add additional forms of energy capacity to the grid as it stands. But at the same time, their project is also building a culture that will make it easier to integrate more renewable energy to the grid. For example, the aforementioned wind farm in Virginia should produce energy mainly in the night time or late afternoon, right at the point where the school buses will need recharging. This positive feedback loop should work to stabilise voltage levels among other things throughout the grid.

The range of buses is being expanded. With over 1,500 to be put to the V2G test in 2025. If it works, then the storage and supply capacity should be there to power a substantial number of homes (approximately 15,000) for at least most of the day.

While the school bus experiment is certainly interesting, the scalability is limited — especially if the goal is to impress with V2G technology and to make the transition over to it. That’s why other initiatives are looking to look more directly at consumers, as well as those in charge of EV fleets.

One particular example, a co-funded and consumer-focused V2G initiative called ‘Powerloop’, is underway in the south-west of England. Run by Octopus Energy, Powerloop involves providing incentives for people to lease one of the only two cars that you can currently bidirectionally charge in the UK (the Nissan Leaf). The consumers are then handed a free bidirectional charger that they can use at home as they drive out the car centre.

The instructions from then on are simple. All the participants have to do is make sure they charge their cars between 4 and 5pm. So that the energy is ready to support the peak demand hour starting at 6pm. Octopus Energy is not the only company with its tentacles in V2G. Ovo and EDF Energy are also running their own experiments. A consistent problem with all three, however, is the relative incompatibility of the UK’s current grid structure — which is ageing and complicating.

This ties into the wider notions energy companies have to entice consumer support for V2G. Mainly by providing incentives in the form of money, by persuading them to sell their excess energy back to the grid when it’s most convenient. A major stumbling block at the moment, however, is that the value placed on V2G is not currently high enough.

To overcome this issue, governments may need to implement similar tactics that have already worked in the past for solar and wind tech. In which the government props up feed-in-tariffs, or for an automatic price inflation to make the service workable. This all sounds logical, but the current segregated state of (in particular, the UK’s) energy infrastructure will still be a problem.

The future of V2G, challenges and opportunities

Archaic grid models aside, V2G is still an energy “frontier” meaning the infrastructure to make it feasible is largely in the realm of prototype and expensive. The area is also a regulatory wilderness.

V2G will also be unpredictably reliable — especially if for it to function properly, customers will need to make sure they plug their cars up at exactly the right times. In all of the current experiments, the participants are being watched with a hawk’s eye. But in the “real world” how punctual customers will be may be far from optimal.

However this unpredictability issue should not be an issue with large commercial V2G fleets. As they are more reliably used and not used at predictable times. In fact, commercial fleets currently represent the golden goose for timely battery-energy extraction. In addition to this, creative solutions have been proposed for everyday consumers — including offering incentives such as free parking in return for hook-ups at shopping centres, for example.

So there are good reasons to be hopeful about V2G. Indeed, more investors are optimistic that the technology will work — especially EVs become the norm on roads. In the UK, it is estimated that around 4 million could be road bound by 2030. If harnessed sensibly, the energy from those EVs alone could meet the demand of about 16 per cent of the country. Or hundreds of thousands of homes.

The future looks good for V2G, even if the path ahead still isn’t exactly clear. More promising news to end on includes that of Tesla, which is currently looking at integrating V2G into its Model 3 cars. And of course the first bidirectional charger for home use of its kind, developed by the US company Fermata, which could put the power for a greener future literally in the hands of willing consumers.