Understanding what to expect at the beginning of the construction and knowing how to navigate potential challenges, or how to avoid them altogether, could greatly boost the performance of the solar park, as well as reduce expenses. 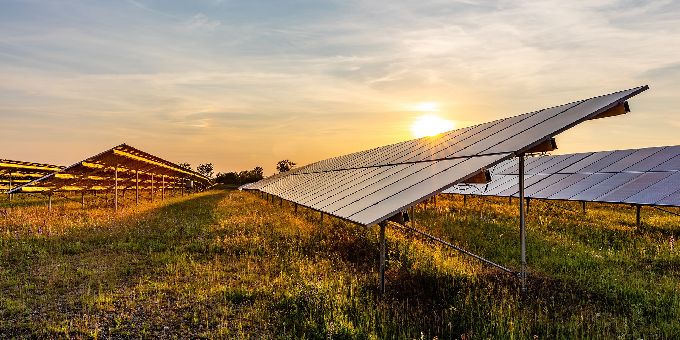 The solar industry is constantly innovating and improving, yet there are staples of any solar park that are present in every project. Understanding what to expect at the beginning of the construction and knowing how to navigate potential challenges, or how to avoid them altogether, could greatly boost the performance of the solar park, as well as reduce expenses.

What is ground grading?

Assessment of the terrain is fundamental to any solar project. Simply put, it’s the process of checking whether earth preparations will be required at the location for the solar park. Terrain analysis can be used to evaluate uneven surfaces and similar disturbances in order to check the land assigned to a project. After that, a ground grading calculation shows how much work needs to be put into the location in order to create a flat surface and remove vegetation for easier construction.

Ground grading is not exclusive to the solar industry, and due to its widespread use, it can be known by several different terms, such as earthworks or cut-and-fill. Either of the terms describes the act of altering the surface of the land.

Example of cut and fill slope

Essentially, ground grading is one of the most reliable means of improving the project’s viability. It provides the analysis of how much it would cost to place the equipment in suitable locations for maximum performance and provides input for the civil engineer to determine the impact that earthworks would have on the project.

Ground grading falls under the umbrella of civil engineering. As a broad concept, in terms of solar, civil engineering takes into account the overall planning and construction of the plant. This includes evaluating location and determining water drainage, soil suitability, and environmental impacts. Ground grading, on the other hand, focuses directly on the assessment of the PV area. In a scenario where there are plans to build a solar park in a location near cliffs, the civil design could evaluate the environmental impact the project might have and create a design for the park. Ground grading is then needed to prepare the location for construction, including moving the earth around to create a flat surface or removing obstacles such as trees.

The combination of both is needed to successfully determine the location of a solar park. Additionally, ground grading requires oversight from civil design to ensure the project’s costs won’t rise too much; the intricate relationships between the two also keep the maintenance of the project manageable. In worst-case scenarios, a lack of understanding or preparation for ground grading or civil design could result in exponential losses.

The cost of ground grading consists of several elements. The first one is the expense of preparing the surface for a solar park. This can be anything from cut-and-fill operations of displacing ground to removing bumps and placing it somewhere else to fill out the dips; it can also include the removal of boulders, trees, and similar obstacles. Ground grading can become an expensive endeavor, especially in more remote locations, since the ground work includes both transportation and labor costs. Additionally, civil design can point out any major problems with the land, such as stony conditions or water drainage issues.

The second element of the overall cost is maintenance. This is more applicable when the project requires modifications to the land. Let’s say the park is being built on uneven ground and in order to flatten the surface, modifications to the land were done, including shifting some of the ground around. This can cause instability, and in certain situations, this can lead to landslides or similar displacements, which can damage the park and require additional investments to keep the project operational.

Fortunately, there are ways to offset the ground grading costs without sacrificing the efficiency of the project. PVcase Ground Mount helps resolve collision and slope issues of the project, visually reflecting the data on the plan so that engineers can accurately determine the pole length range and slope limit according to your data and the specifics of the PV framework. Additionally, the cut and fill calculation will show the value of the number of earthworks required. It allows the engineers to predict the viability of a project, as well as determine the potential costs. The ground grading feature ensures the solar project has all the information regarding the earthworks and the attached expenses.