Will China Be The First To Mine Lunar Energy?

What I’m about to talk about might seem far-fetched. It might seem impossible. But we need to remember that much of what is possible today was once considered impossible: fire, atomic energy, and putting people on the moon are just a few examples of this.

First, I want to be clear that I am not a scientist. I am a novelist with some knowledge of chemistry and the basics of physics, and in doing research for my mystery novel A Truth Stranger Than Fiction, I have gained some understanding of this topic and can explain the basics in layperson’s terms.

Helium-3 is a stable isotope of the element helium, the gas that we put in airships and balloons for children. When I say it’s an isotope, this means that it has the same number of protons in the nucleus (2), but it’s missing one neutron. This missing neutron means that the nucleus is composed of 2 protons and 1 neutron, which makes for an atomic mass of 3, which is where the name helium-3 comes from. 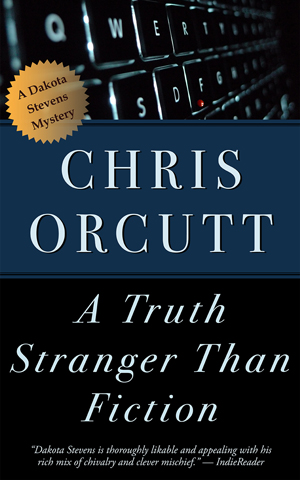 The important thing about helium-3 is this: It can be used in a nuclear fusion reaction (the fusing, or joining together of matter) to produce vast quantities of energy. By putting helium-3 into a fusion reaction with deuterium (heavy hydrogen) or another helium-3 molecule, we can generate incredible power. And because helium-3 is not radioactive, the fusion process produces no nuclear waste. It also doesn’t produce any of the waste products associated with fossil fuels (e.g., carbon dioxide) that are contributing to the greenhouse effect and global warming.

The only problem with helium-3 is that it’s extremely rare on Earth. But it’s abundant on the moon because our sun has been emitting it as a waste product for billions of years, and it has built up in the moon’s soil.

How did you learn about helium-3?

I first learned about helium-3 about seven or eight years ago, when I watched a documentary about it and the moon. I thought about the subject for several years and did more research on it before writing my mystery novel, in which helium-3 is at the heart of the mystery.

Why do you think it is a viable alternative to fossil fuels?

There are three reasons why I think it’s a viable alternative. First, this isn’t a pie-in-the-sky theoretical process. The University of Wisconsin-Madison has a Fusion Technology Institute, where they have successfully combined two molecules of helium-3. Other scientists have pointed out that fossil fuels require a conversion to steam to produce electricity, where over sixty percent of the energy is lost in the conversion process. Electricity from helium-3 is nearly twice as efficient. And it contains a lot more potential energy. For example, it would take about 50 million barrels of crude oil to produce the same amount of energy as one ton of helium-3.

Second, the United States has considerable experience in manned moon missions, as well as knowledge and experience in establishing mining operations. If the U.S. government and energy and mining companies were to join forces, they would be able to establish a mining colony on the moon, harvest the helium-3 from the soil, and bring it back to Earth.

Third, once the helium-3 is being harvested and brought back to Earth, relatively small amounts of it could power the United States. For example, twenty-five tons of helium-3, about enough to fill a space shuttle bay, would power the entire United States for a year. It’s been estimated that there is enough helium-3 on the moon to power the entire world for 10,000 years. And again, with no waste products that would contribute to global warming.

Does the Lockheed Martin claim of a fusion reactor in 5 years have anything to do with helium-3?

As I understand it, no. Lockheed Martin’s research has been toward creating a working compact fusion reactor, where one reactor (which would fit in a pickup truck) could power a small city of about 80,000 people for a year. But instead of helium-3 as the nuclear fuel source, their compact reactors are being designed to use deuterium and tritium, two isotopes of the element hydrogen. By combining those isotopes in a fusion reaction, each compact reactor would produce a lot of energy as well.

One of the problems they’re apparently having has to do with how small and unstable those two isotopes are. They’ve been doing things with mirrors and super magnets to try to contain the reaction, but this need for containment produces incredible pressure. I don’t know how far away they are from having a perfected prototype. The company claims 5 years, but I’ve read in other places that they’re 10 years away.

Why isn't there more discussion about helium-3?

I think there are two reasons why helium-3 isn’t discussed more. One, it’s incredibly rare on Earth, and most people believe the idea of getting helium-3 from the moon is just science fiction. That it’s “unrealistic” and would cost too much. Cost too much? One estimate I’ve read is that it would require a trillion-dollar initial investment to establish a mining colony on the moon and fusion reactors on the Earth. Now, a trillion dollars sounds like a lot, but not when you consider that the U.S. national debt is now over $18 trillion, much of which came out of the last decade of fighting two wars: in Iraq and Afghanistan. And what did we get back from those trillions of dollars? Nothing.

The second reason I think there isn’t more discussion about helium-3 has to do with the relatively recent discovery of the Bakken Formation in North Dakota, Montana and Canada, where tremendous amounts of oil and natural gas are being taken out of the ground through the controversial process of fracking. Back in 2007–08 when I first saw that documentary on helium-3 and the moon, the Bakken Formation, if it had been discovered, was not being talked about yet. Right around the time of the documentary, then-President Bush and NASA announced that we were going back to the moon, and I think helium-3 was the reason. But by around 2010–11, when oil output from the Bakken Formation increased exponentially, talk about helium-3 and going back to the moon ceased in the mainstream media and has been isolated to scientific magazines and journals.

Is it feasible to consider mining for helium-3 on the moon? Is there any research in that direction?

For the reasons I mentioned earlier—our experience in sending people to the moon, and in mining operations—we should consider the idea of mining for helium-3 on the moon to be feasible. As far as research in that direction, there is a lot of it. Going back to 2007, the MIT Technology Review has been publishing articles about the research various countries are undertaking toward mining for helium-3 on the moon. A Russian company has claimed that they will build a lunar mining base camp for about $9 billion within 10 years, but no one seems to take them very seriously. And finally, the Chinese are doing more than researching; they recently began sending up probes.

What are the implications if the Chinese are able to develop helium-3 energy?

The implications are obvious: If the Chinese successfully establish a lunar mining colony and begin producing electricity on Earth from helium-3 fusion, they will become the most powerful nation on Earth, and could hold that position for the next 10,000 years—as long as the helium-3 supply holds out.

More importantly, abundant helium-3 energy on Earth would revolutionize the entire world economy. It would spawn a technology renaissance, just like the space race of the 1960s did. It would make countries that still use fossil fuels pariahs in the world community because of the global warming effects.

China is doing more than research into helium-3 and establishing a mining colony on the moon; they just sent up a probe, which went into orbit around the moon, and is supposed to make a soft landing, pick up some rock samples and return to Earth. Their program calls for another, more involved moon mission in 2017. A few U.S. companies, including a California-based company, Moon Express, headed by a billionaire named Naveen Jain, are working on this as well. Moon Express is aiming to send the first commercial robotic spacecraft to the moon this year; in addition to potentially mining for helium-3, the company wants to secure other elements rare on Earth. Moon Express recently hired Astronaut Buzz Aldrin’s son, Andrew, as its president, so I think they’re trying to show their seriousness and attract investment.

What will it take to get people talking about helium-3 energy?

Right now, the low cost of oil is stymieing discussion of alternative energy, so the surest way to get people talking about helium-3 is for the price of oil to go up. The cost of a gallon of gasoline needs to reach a threshold called the “price signal” (about $5 a gallon, it’s believed) before people begin to demand alternative energy sources. 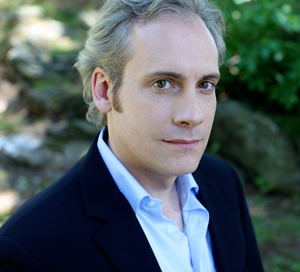 But I think the faster and more effective way to get people talking about helium-3 energy is to simply make the point that there is the danger that China could do this ahead of the United States, which would guarantee they would become the world leaders of the 21st, 22nd and possibly the 23rd centuries. If the United States continues to be dependent on fossil fuels to power its economy, the U.S. is going to follow the same decline of other great civilizations in the history of the world, like the Romans.

Do you think there is enough evidence to attract the attention and investments of entrepreneurs and politicians in the near future?

The evidence has been strong enough already that it’s attracting attention and investments by the companies and nations I mentioned earlier. But I have to say that I think they’re going about this the wrong way. Everyone is thinking competitively and nationalistically— “What’s in this for our company, our country?”—when we really need to be thinking cooperatively and globally: “How can this benefit all of us on Earth? How can we all profit from this?”

Chris Orcutt is a novelist based in Millbrook, NY. A Truth Stranger Than Fiction, along with the rest of his highly rated Dakota Stevens Mystery Series, is available on Amazon and at CreateSpace.com. Orcutt has worked as an adjunct professor of literature and communications, a corporate communications consultant and as a journalist. For more information about him, please visit www.orcutt.net.