Solar installation professionals report one in three solar shoppers are also interested in home energy storage, while two-thirds of installers plan to absorb some or all of the solar tariff's added cost 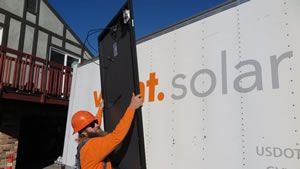 Keith Schneider for The Los Angeles Times: The trade commissions decision will be transmitted to President Trump on Nov. 13. Whatever the outcome, the tariff case has riven the $30-billion U.S. solar sector.

The ITCs decision is disappointing for nearly 9,000 U.S. solar companies and the 260,000 Americans they employ. Foreign-owned companies that brought business failures on themselves are attempting to exploit American trade laws to gain a bailout for their bad investments. 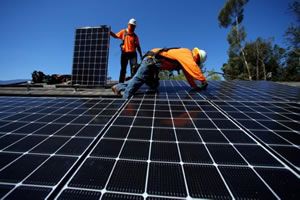 Nichola Groom for Reuters: The U.S. solar industry would see two-thirds of expected demand dry up over the next five years if a trade case aimed at propping up the domestic panel manufacturing industry is successful, a new report said on Monday.

The future of solar Feed-in Tariffs in the UK

07/28/15, 07:28 AM | Solar & Wind | Feed-in Tariffs
Were extremely close to reaching the point at which renewable electricity costs as little to generate as electricity from fossil fuels, so its imperative that we dont take a backward step.